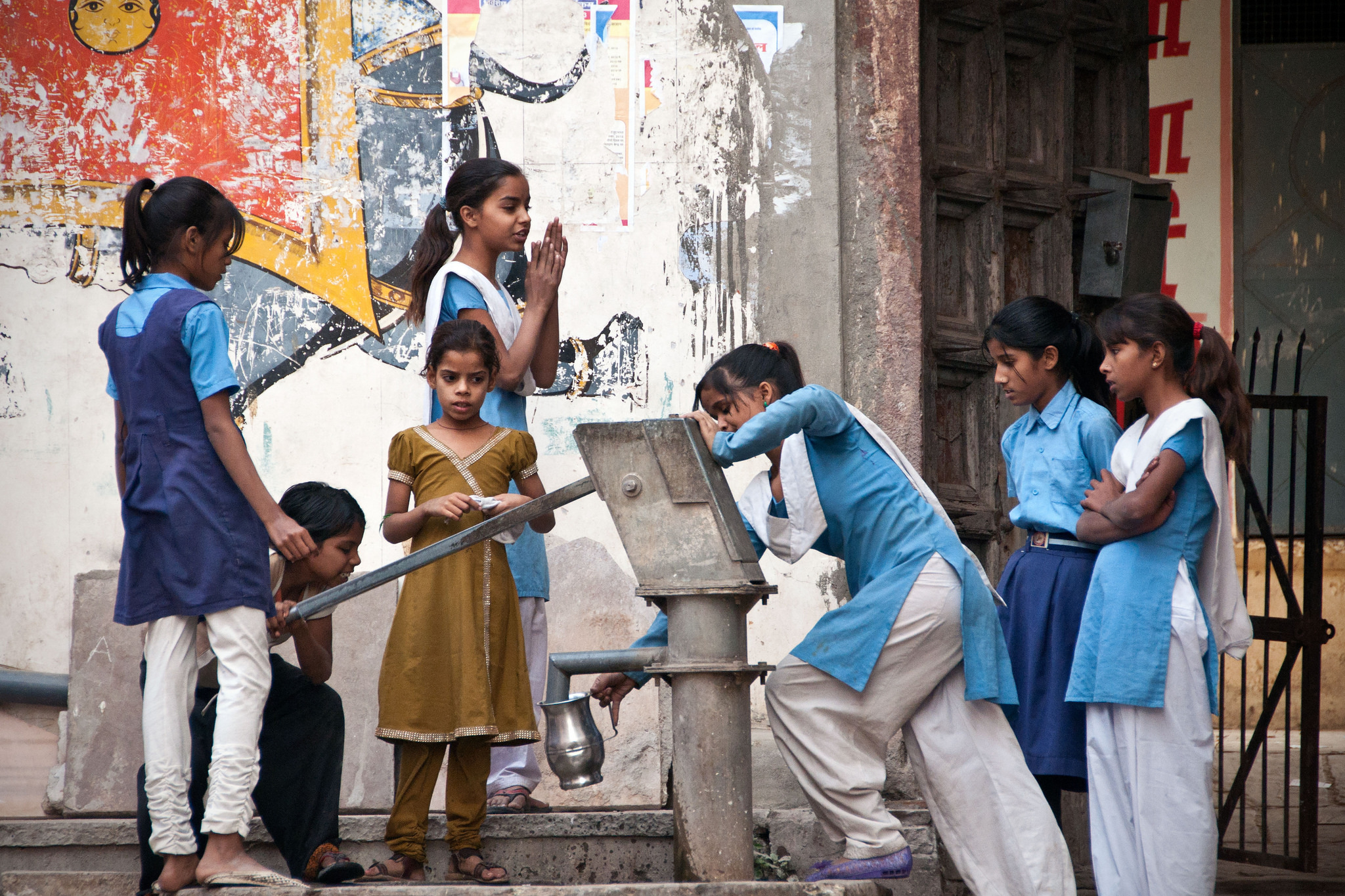 Though stunting has reduced of late in India, yet it continues to be a cause of concern. Substantial evidence gathered over the years suggests that open defecation is an important cause of stunting in rural India. This is because the faecal germs that children tend to ingest make them sick and prevent them from reaching their optimal growth potential. In addition, the lack of sanitation facilities leads to the spread of diarrheal diseases -- a leading cause of child deaths worldwide.

As leading social scientists and policy experts opine, poor sanitation is responsible for over 10% of the global disease burden, causing diarrheal diseases, neglected tropical diseases, acute respiratory diseases and malnutrition among children. Multiple studies have revealed that preceding birth interval, low-birth weight, duration of breastfeeding, mother’s age at birth, mother’s education and occupation are the other associated risk factors of stunting in children in addition to open defecation.

A large part of the world’s open defecation is concentrated in rural India. Earlier efforts of the government in reducing open defecation through providing subsidies for latrine construction have largely stayed less-effective and, hence, unsuccessful in addressing the problem. However, the Swachh Bharat Mission (SBM) launched nearly eight years ago has begun demonstrating some encouraging results.

SBM is the government’s flagship sanitation programme. However, a rapid survey conducted by the National Sample Survey Organization (NSSO) 2015/16 on the programme had put a big question mark on its ability to achieve the goal of an open defecation-free (ODF) India by 2019. The NSSO survey, then, found that over half (55.4%) of the population in rural areas continued to defecate in the open. Although India was declared ODF by the government in October 2019, yet a report of the Joint Monitoring Program for Water Supply, Sanitation and Hygiene by the World Health Organization and UNICEF released in July 2019 mentioned around 15% of the country’s total population still defecates in the open.

Use of toilet has never been an inherent and embedded cultural practice, especially in Indian rural areas. From the social and behaviour change (SBC) perspective, it is noteworthy that the Sanitation Quality, Use, Access and Trends (SQUAT) survey of 2014 pointedly mentioned that many people have an obvious preference for open defecation. As such merely providing latrine access without promoting latrine use is unlikely to significantly reduce open defecation. Field studies have categorized different reasons for open defecation as motivation by choice and motivation by compulsion. ‘open defecation by choice’ is expressed as a medium for socializing, a habit and an enjoyable outdoor activity that complies with spiritual and religious norms. ‘open defecation by compulsion’ includes reasons such as not having a latrine at home or having an alternative use for the latrine structures. It has been observed that despite having a private latrine at home or having an access to a public latrine, people were compelled to practice open defecation due to constraints of norms restricting latrine use and hygiene issues in general.

Argued by the social scientists and health community, Water, Sanitation and Hygiene (WASH) are fundamental to promoting and maintaining child health, including adverse impacts of open defecation on stunting. Little does the development community realize that just one gram of human faeces can contain a billion microbes, which can, through faeco-oral transmission, cause a range of infections and diseases. When communication experts and public health researchers argued the case of polio eradication in India, communities, caregivers and even most health providers did not know the primary reason for polio virus transmission, which is oral-faecal transmission.

While experts opine there has been an impressive growth in the construction of individual and community toilets, some major gaps remain in providing sanitation facilities to all. WASH experts identified gaps in the implementation of SBM-I were the operation and maintenance of individual and community toilets, safe containment, the transportation and disposal of faecal sludge and septage, and the discharge of untreated grey and black water into water bodies. Therefore, the gaps identified need to be addressed to ensure 100% toilet usage. Multiple factors, largely owing to the users’ mindsets and age-old practices lead to their current behaviour of constructing toilets, but not using these.

Studies have established that investing in WASH, especially addressing promotion of positive sustained toilet-use and regular hand-washing behaviours can prevent children from becoming sick. Considering the people’s mindset as one of the leading determinant of toilet use, critical investments through SBC, therefore, is the key in serving as the game-changer in turning around the child morbidity and mortality in developing countries, including India.

It is evident that well thought-through and scientifically designed social and behaviour change communication must be brought to the centre stage and become a priority if the expected progress on ending open defecation is to be demonstrated. While community-led strategies have proven effective in various developing countries context, there are serious reasons to pose questions whether similar methods can work in rural India. Various social scientists, through both quantitative and qualitative analyses, find that strict social hierarchies that continue to govern daily interactions in rural life obstruct the spirit of cooperation upon which such methods rely. Additionally, caste-based notions of purity and pollution make the simple latrines - used elsewhere in the developing world - unattractive to rural Indian populace. In a context where people identify most closely with their caste and religious groups rather than their geographical villages, a more nuanced understanding of the idea of community is required. A comprehensive mixed-media and stratified behaviour-change campaigns, which are community owned and led, would succeed better than standalone, single medium and top-down approach interventions. More experimentation, both with community-led and other strategies, is needed in order to effectively move from open defecation to latrine use in rural India.

Stunting is a persistent public health challenge in many countries, and its inherent co-relationship with open defecation is time tested. Therefore, it requires more effective strategies in addressing the inter-relationships between the two. A failure to reduce stunting limits the development prospects of individuals and certainly levies a heavy cost on economic productivity. It, therefore, further limits the development prospects of low income countries. There is a growing body of suggestive evidence for the effect of open defecation or poor sanitation on human growth, which primarily includes stunting in children. The priority accorded to sanitation must also take into account of its high-potential contribution to the challenge of childhood stunting.

The author is a senior Consulting Adviser, Strategic Communication & Programmes, with the UN system in Asia and the Pacific.