Home Story “I Thought To Myself, If I Really Wanted To Make A Difference To The Well-being Of Children Around The World, I Must Get Involved With Nutrition”: Dr David Nabarro 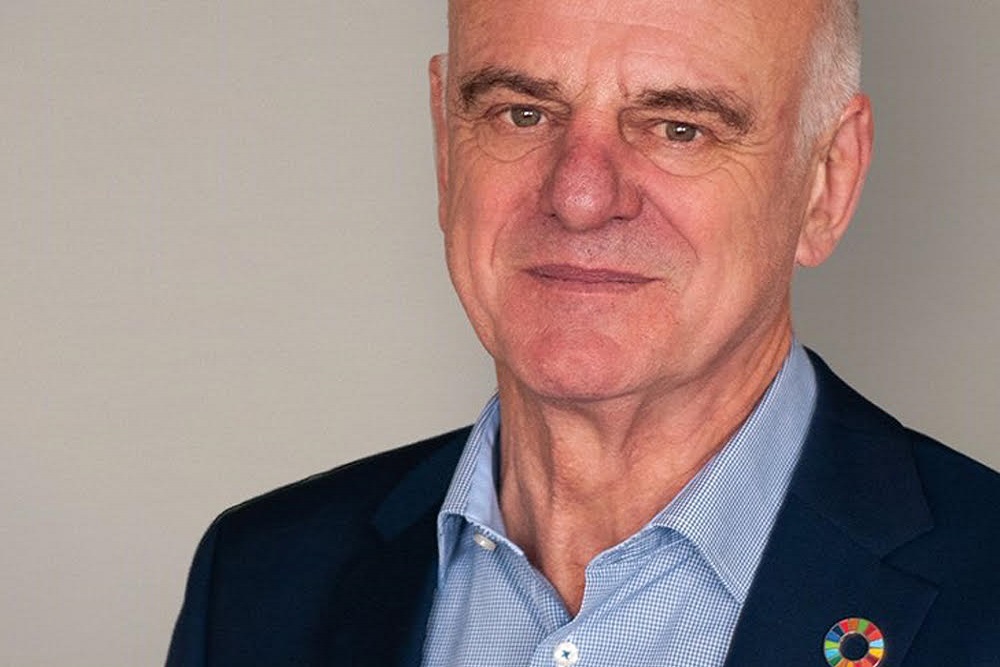 “I Thought To Myself, If I Really Wanted To Make A Difference To The Well-being Of Children Around The World, I Must Get Involved With Nutrition”: Dr David Nabarro 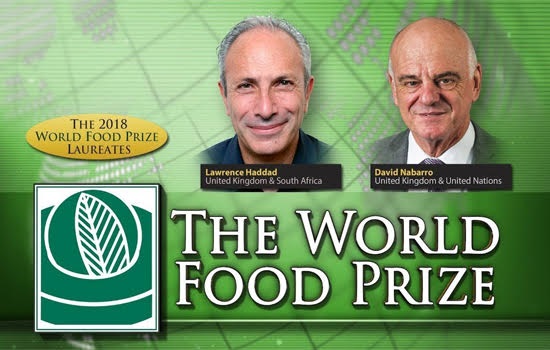 Dr David Nabarro, Professor of Global Health at the Imperial College London, has been a leader in international public health for well over 40 years. Much of this time, the United Nations has entrusted him to lead collective action on some of the most pressing and complex challenges of our time—the avian and pandemic influenza, food security, malnutrition, Ebola and for promoting the2030 Agenda for Sustainable Development. A member of Scaling-up Nutrition (SUN), he is also the winner of one of the world’s most coveted awards: The World Food Prize in 2018. In a candid interview, India’s very own nutrition champion, Basanta Kumar Kar, recipient of the just-announced Global Nutrition Leadership Award, 2019, caught up with Dr Nabarro, who happened to win the first award in 2012, at Kathmandu, Nepal. This is the first of the three-part interview, which will be carried in Outlook Poshan over the next few days. Please watch the videos below for a full flavour of the interview.

Basanta Kumar Kar: You have been working for nutrition, food security and related challenges for decades. You have travelled all over the world, worked in India, especially in my state Odisha, and other areas affected by Left-wing extremism. Can you tell us why there is so much focus on nutrition?
David Nabarro: I started working on such issues here in the South-Eastern subcontinent in 1998. This was many years ago. I was a young doctor, working in East Nepal, and also handling a lot of responsibilities in other parts of South Asia. In the early 1980s I was involved in some child health and nutrition work in Odisha. I was based in Jagatsinghpur near Cuttack and also travelling to different districts such as Phulbani, Kalahandi and Koraput. What I discovered there is that, most of the children in the clinics, and in general, used to be ill. They were severely undernourished and had health related-problems.

Malnutrition in early years can have bad impact on the long-term growth of a child, particularly leading to stunted growth, which is quite hard to overcome, even with some treatment. It also means that the organs in the body are not fully formed. This can have negative implications during adolescence and then adulthood.

I thought to myself, if I really wanted to make a difference to the well-being of children around the world, I must get involved in nutrition. That’s why I started focusing on nutrition. Over the years, I looked for ways to increase emphasis on nutrition. I worked for the British government, United Nations and others. That is why now you and I are bonded. We share similar interests in exploring the relationship between illness and nutritional status. That is why you have just been awarded this award, because of your role in raising the profile of nutrition status in India.

BKK: Good to know about your passion and how you could make it your profession. I am happy to know that there is another thing we have in common: Odisha. I feel happy to see how my state has played a huge role in shaping your thinking and action. You have also worked on the sustainable development goal agenda. Can you tell us how nutrition can be the centre of the development agenda?
DN: Sustainable goals are a part of sustainable development agenda, which was agreed on by over 193 world leaders in September 2015, after a three-year negotiation. The principles at the centre of these sustainable development agenda are that it is people-centred, it is interconnected, it is universal, and it calls for integrated action and partnering. These are the principles on the basis of which we are asked to focus on. Then there are 17 goals covering each and every aspect of what matters most to people and the planet.

Nutrition is both a marker of sustainable development and at the same time a very important influence on the well-being and potential of young people. Nutrition is a very good example of the interconnected issue of the sustainable development goals, that is relevant to everyone. The reason why nutrition is important is because, it matters to every single person in the world, that currently has about 7.6 billion people. Well-nourished people will perform to the best of their potential, whereas the poorly-nourished will not do so well.

In today’s world there are nearly about a billion children and young people, and some adults who are severally affected by under-nutrition. And more than a billion are severely affected by over-nutrition. If you add it together, it is at least two billion out of the total 7.6 billion, who are poorly-nourished. We have to deal with both ends, the undernourished and overnourished, because both suffer from their own respective nutrition problems. Actually for me this really is the most important issue to cover in sustainable development agenda, because without nutrition humanity will never be well-placed to deal with the challenges of future.

Basanta Kar: Thank you for your leadership, for bringing nutrition into the Sustainable Development Goals. And also for placing it along with food security and agriculture. It’s truly remarkable.
DN: I can’t take credit for this. I have worked with many before and I thought that this ought to be in the goal, because that really is an issue which is relevant to health, agriculture, social and economic development as well as human rights. Because, it has that central role in several different areas. I am glad its there.

BKK: Thank you so much for your profound humility. I really appreciate it. You spoke about undernutrition as well as overnutrition and obesity. India has the same double burden of malnutrition. In fact, as per the National Family Health Survey, stunting is almost 38 per cent while overweight is over 20 per cent. In some states it is more than that. When there is a double burden, people say that the food system is broken. So how would you respond to that?
DN: If we look at the world these days, there is plenty of food available for everybody, with some to spare. In this world everyone can access healthy and nutritious diets, if they can afford it. In today’s world we don’t have major famines, even though there are some such periods: because of climate change, because of economic and political factors, including violent conflicts. There are communities that really fall short of food. But we have set up in this world some amazing mechanisms to prevent such extremes. So I am not saying that the food system is not broken. I am saying that there are problems that need attention at the political level as well as technical level, because if there is enough food for everybody, then why isn’t everyone getting it? I believe that we need political and professional action to make sure that everybody gets the food they need, to make sure that everybody gets the nutrition they require, to achieve their potential.

BKK: I think, you are reiterating the principles of equity and equality. These are very important for a country like India, where there are multiple disparities, coupled with social exclusions, geographical exclusions and political exclusions. I think, your message is truly significant.
The second message is also very reassuring, Dr Nabarro, that the food system is not really broken. Thank you so much.