Home Story How Healthy Is India Inc? Take A Peek Into The Corridors Of Corporate Power With Health And Fitness App, HealthifyMe

How Healthy Is India Inc? Take A Peek Into The Corridors Of Corporate Power With Health And Fitness App, HealthifyMe 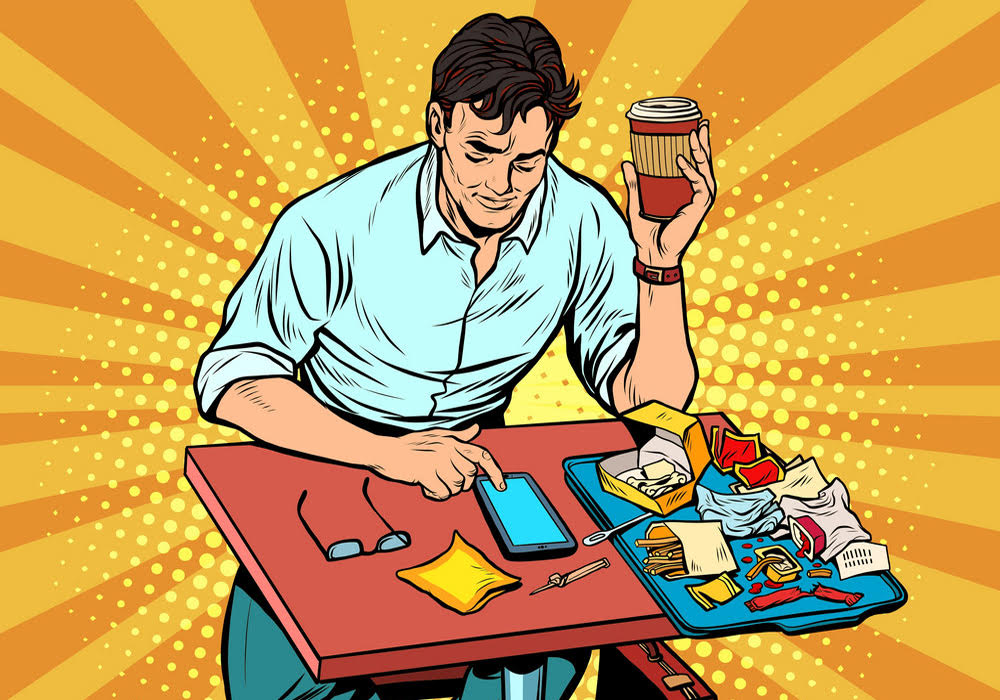 Corporate warriors have plenty on their platter to worry about. But a 12-month survey by India’s leading health and fitness app, HealthifyMe, an unsettling world—beyond toplines and bottom lines. The report on the diet, activity and fitness levels of corporate India curated from user logs and wellness programmes, throws up long work- hours, strict deadlines, sleep debt, precipitous drop in physical activity, unholy reliance on fat-laden foods of convenience, vicious stress loop at home and work—spiralling into an abyss of chronic lifestyle disorders.

“It is a matter of serious concern that so many executives across sectors are inactive and overweight,” says Tushar Vashisht, Co-founder & CEO of HealthifyMe. Close to 60,000 working professionals between age 21 and 60 were reviewed—from sales and marketing executives, IT professionals, bankers to factory workers—in about 20 companies across urban India: Delhi to Mumbai, Bangalore to Chennai, Hyderabad to Kolkata and even remote locations like Jhagadiya, Khandala and Vapi.“With people spending half their life in offices, it is time for corporate India to step up and take responsibility for the health and fitness of their teams,” adds Vashisht. “Not only would this result in a fitter workplace, but also a more happy, focused and productive one.”

A step at a time
When it comes to the number of steps taken in a day, an important indicator of activity levels, consumer goods sector has taken the pole position with a count of 5,988. The least active are executives from the financial sector who have an average count of just 4,969 steps. Executives from other sectors like retail, manufacturing, marketing and IT take upwards of 5,000 steps per day.

According to the data, running is the most popular activity for both males and females. Other activities that are popular amongst male executives are bicycling, gym workouts and swimming. Women prefer more of indoor activities that can be done at home, for instance, yoga and other home workouts.
Weekends are the least active time. The calorie burn rate drops down to an average of 250 on weekends compared to 300 on weekdays.

Diet highs and lows
Evening snacks are the biggest diet-killers for most professionals. This meal is particularly unhealthy because it contains highest percentage of fat and carbohydrates across all the meals. Another interesting trend is that dinner is the healthiest meal of the day as it contains highest amount of protein. It is also low on fats and carbs, making it the most balanced meal of the day.

The average calorie burn budget of Indian men was 476 calories per day, compared to 374 calories for women per day. While on an average men burnt 55 per cent (262), women did just 44 per cent (165). The numbers were, however, far better when compared to the Healthifyme survey in 2017. The data over the years show that on average, Indian women burn markedly lower number of calories than their male counterparts—with males burning around 33 per cent higher than females on a daily basis in both 2017 and 2018.

The fittest cities
Bangalore, Gurugram and Noida have consistently emerged as the most fitness-conscious cities, while, Kolkata Jaipur, Lucknow and Ahmedabad the least. Tier 1 cities are generally more active than Tier 2 cities, burning 407 calories in a day vs. 371 in the latter (in 2018). Pune, however, is stepping up—from being one of the least fit cities to one of the fittest. Lucknow, on the other hand, is witnessing a decline in its position.

Bangalore had taken the pole position burning upwards of 420 calories/day in 2018 compared to 322 calories/day in 2017, an improvement of 30 per cent. It was followed by Gurgaon, Noida and Ghaziabad that continued to steal a march over other regions, again making it to the list of fittest cities. Their neighbour Delhi, however, was amongst the least fit cities, with an average calorie burn of 380 per day.