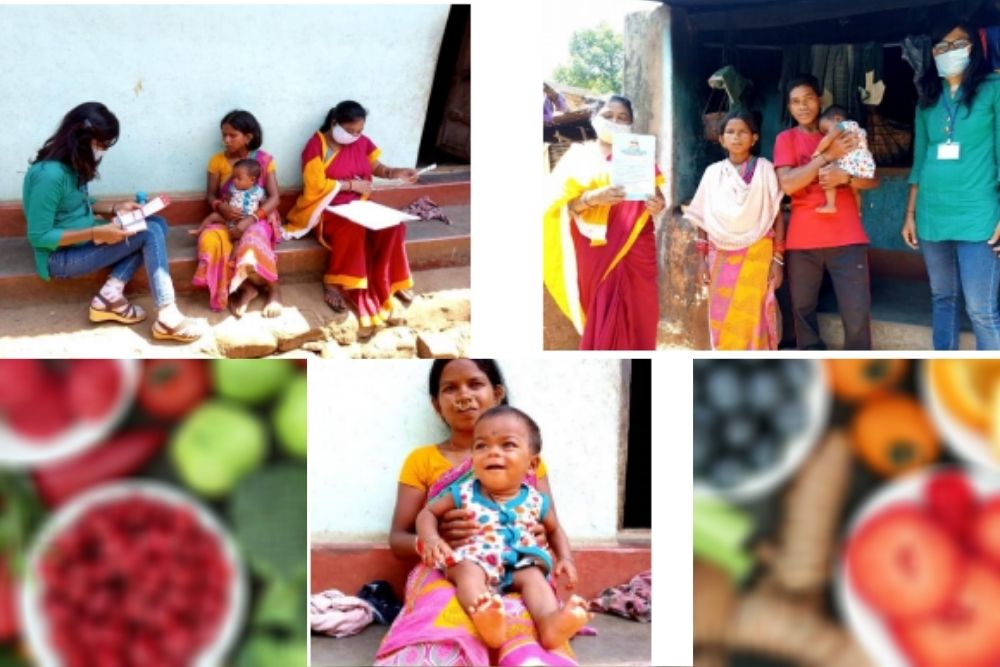 How A Tribal Mother's Choice Saved Her Malnourished Child

Sonari Wadaka, hailing from Dongria tribal community, gave birth to a pre matured baby girl who was 1 Kg 400 gm at birth and was born 67 days prematurely. The child, Sibani Wadaka, was born at CHC, Bissam Cuttack. Realizing the critical condition of her child, she followed the suggestion of the AWW and project staff of South Orissa Voluntary Action (SOVA) to avail the service at NRC, District Hospital Rayagada for her child during the Covid-19 pandemic. This is the first case of utilization of NRC services by a Dongria woman of Khajuri village under Khajuri AWC.

Looking at the critical condition of the child, the doctor referred her to the Christian Medical (CHB), Bissam Cuttack. The child was kept there for 13 days but no improvement was seen.

Hence, the doctor of CHB referred her to the District Hospital(DHH) Rayagada, but due to financial problems and anticipated long stay out of the village, they took the baby back home. On repeated requests of the AWW, they used to consult the doctor at the CHC but never admitted the child to the medical center. They, however, consulted the ‘Dishari’ the local faith healer of their village.

The AWW, through her persistent follow-ups, managed to motivate the father to take the child to the Rayagada DHH. She accompanied her parents to the DHH, where the doctor asked them to immediately admit the child to the NRC. The child was admitted and stayed with her mother for 14 days, gained weight and became active.

After discharge from the NRC, Sibani was again brought back to the NRC during this period for follow up where the doctor was convinced that the child has recovered and was gaining weight. They sent them back with medicines.

Now, Sonari is so sensitized about her child that she frequently washes her hand before holding the child, keeps the child clean as much as she can, uses masks, and most importantly keeps her house and surroundings clean. She also regularly attends and avails services during the VHSND in her village during the Covid-19 pandemic, observing hygiene and social distancing protocols.

She says, ‘We would like to thank the AWW and SOVA didi for all their support and it was because of them that my child is saved’.

The SOVA staff also thanked UNICEF by saying ‘they have provided me right inputs at the right time which helped me to implement the Jiban Sampark programme in right direction’.

Though there is no big change visible in the behavior and practice among the villagers, yet the efforts of the AWW and the project staff of SOVA could influence some community members who can be example for the others in the coming days especially during the Covid-19 pandemic.

Due to the dedicated service of the AWW, the life of a child has been saved. The step taken by the mother will encourage others to avail of different health services especially that of NRC which was never accessed before.

“The AWW of Khajuri village managed to motivate the mother towards a positive action for saving her severely malnourished child. We are proud to work with her and several like her through our Jiban Sampark project to influence positive practices among tribal communities.