Home Story Global Hunger Is On The Rise Again

Global Hunger Is On The Rise Again

In addition to conflicts, insecurity, and economic slowdowns and downturns, climate variability and extreme weather events are among the key drivers of the recent rise in global hunger and one of the leading causes of severe crises, warns new World Meteorological Organization report
Team Poshan | Mar 13, 2020 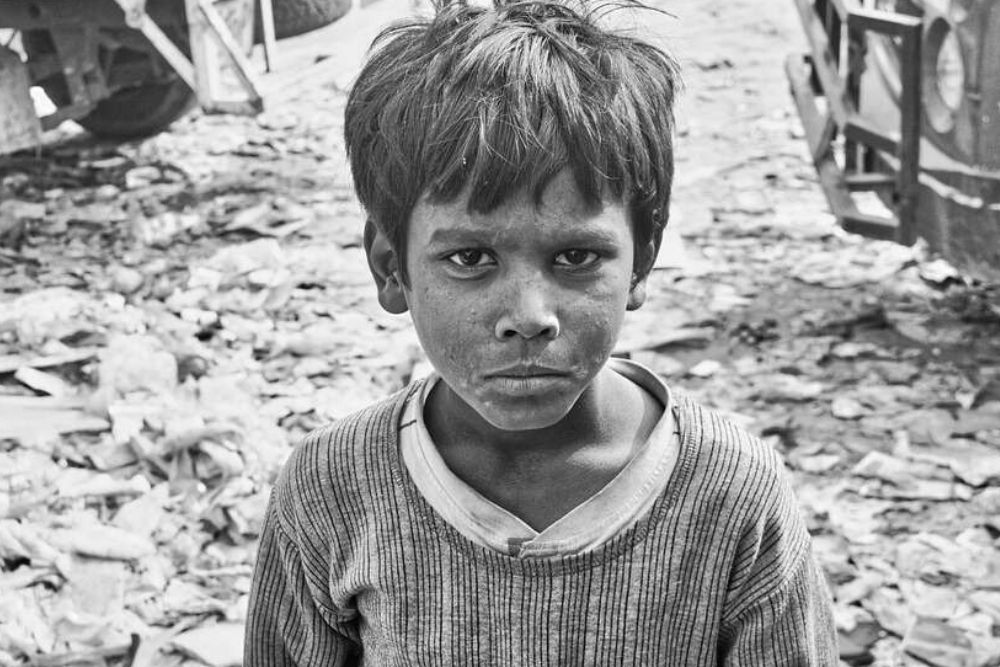 Climate variability and extreme weather events are proving to be a major cause of concern leading to displacement of people and a recent rise in global hunger due to loss or damage to food crops and livestock, according to World Meteorological Organization (WMO).

The 26th WMO Statement on the ‘State of the Global Climate 2019’ released earlier this week points out that between 2006 and 2016, agriculture (crops, livestock, forestry, fisheries and aquaculture) in developing countries accounted for an estimated 26% of total loss and damage incurred during medium- and large-scale climate-related disasters. 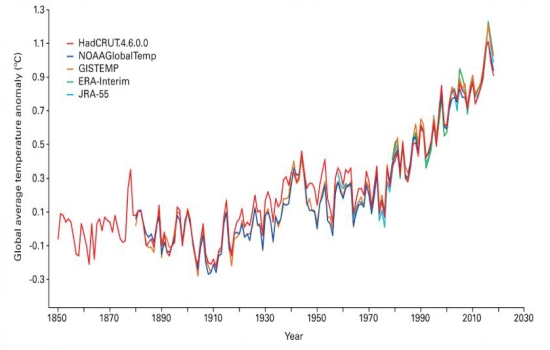 “While about two-thirds of loss of and damage to crops was associated with floods, almost 90% of loss and damage in the livestock sector was attributable to drought. In addition to conflicts, insecurity, and economic slowdowns and downturns, climate variability and extreme weather events are among the key drivers of the recent rise in global hunger and one of the leading causes of severe crises,” states the report.

This key UN multi-agency statement provides authoritative information on climate indicators and extreme weather, as well as impacts on socio-economic development, human health, migration and displacement, food security and land and marine ecosystems. It is based on contributions from national meteorological and hydrological services, leading international experts, scientific institutions and United Nations agencies.

The report raises concern that after a decade of steady decline, hunger is on the rise again – over 820 million, or one in every nine people in the world, suffered from hunger in 2018, the latest global data available. The situation is most acute in sub-Saharan Africa, where the number of undernourished people increased by more than 23 million between 2015 and 2018, particularly in countries affected by conflict.

Rising global temperature and changing rainfall patterns have already affected terrestrial ecosystems such as forests and grasslands, as well as agricultural lands and crop yields. Among 33 countries with food crises in 2018, climate variability and weather extremes were a compounding factor together with economic shocks and conflict in 26 countries, and the leading driver in 12 of them. In light of this, the global community faces an enormous challenge to meet the Zero Hunger target of the 2030 Agenda for Sustainable Development, states the report.

More than 6.7 million new internal disaster displacements were recorded between January and June 2019, triggered by hydrometeorological events such as Cyclone Idai in south-east Africa, Cyclone Fani in South Asia, Hurricane Dorian in the Caribbean, and flooding in Iran, the Philippines and Ethiopia, generating acute humanitarian and protection needs.

This number was forecast to reach close to 22 million in 2019, while it reached 17.2 million across 148 countries and territories in 2018. Of all natural hazards, floods and storms have contributed the most to displacement recorded in 2019, followed by droughts.

Food security has been deteriorating in several areas of Ethiopia, Somalia, Kenya and Uganda due to a poor, long Gu rainy season, which followed a below-average 2018 short Deyr (short rain) season. In addition, between October 2019 and January 2020, the region faced widespread flooding that affected 3.4 million people.

In 2019, record-setting high temperatures in Australia, India, Japan and Europe adversely affected health and well-being. A major heatwave affected Japan in late July and early August 2019, resulting in over 100 deaths and placing a great burden on the health system with an additional 18 000 hospital admissions.

Europe experienced two significant heatwaves in the summer of 2019. In June, a heatwave affecting south-western and central Europe resulted in a number of deaths in Spain and France. The more significant heatwave occurred in late July, affecting much of central and western Europe. In the Netherlands, this event was associated with 2 964 deaths, nearly 400 more deaths than during an average summer week, while in England 572 excess deaths were observed above the baseline for all-cause mortality in people over 65.

Climate-related events already pose risks to society through impacts on health, food and water security as well as human security, livelihoods, economies, infrastructure and biodiversity. Climate change also has severe implications for ecosystem services. It can affect patterns of natural resource use, as well as the distribution of resources across regions and within countries.

Whilst the absolute highest temperatures in the Middle East were not as high as some observed in recent years, some were noteworthy: 49.9 °C at Sedom, on 17 July, was Israel’s highest temperature since at least 1942. Consistent with a warm year globally and an overall warming trend, extreme cold was less common than extreme heat. One area of below-average temperature for 2019 was North America

Extreme heat also affected India in the pre-monsoon period in May and early June. Number of record high temperatures were set, including 48 °C at New Delhi Airport on 10 June, 2019. There was a large precipitation deficit in India in June as the onset of the monsoon was delayed. However, associated with the positive IOD phase (which leads to greater monsoon rainfall), the withdrawal of the Indian monsoon was also delayed and there was an excess of precipitation in the following months for all regions except north-east India.

In addition, positive precipitation anomalies in eastern Africa and negative anomalies in the Malay Archipelago and Australia are associated with the positive IOD phase, which prevailed through most of the second half of 2019.