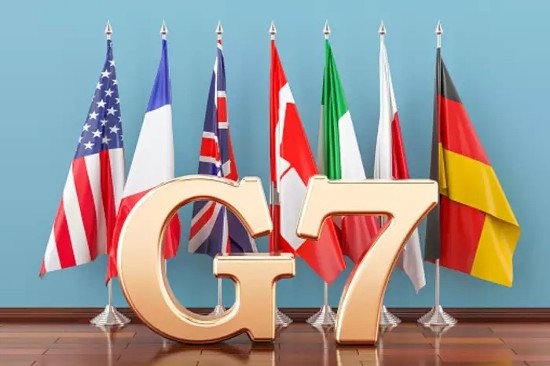 In an open letter ahead of the upcoming G7 Summit, World Food Prize Laureates have written to G7 Heads to address the triple threat of Covid-19, climate change and conflict

The World Food Prize Laureates in an open letter have called upon the G7 Heads of Government “to agree at this year’s G7 Summit on a shared global strategy to reverse the increase in world hunger; address the triple threat of Covid, climate change and conflict; and invest to achieve the G7 2015 Elmau Commitment.” The G7 countries, developing countries and international actors had in 2015 in Elmau, Germany, committed to “lift 500 million people in developing countries out of hunger and malnutrition by 2030.”

“We recommend generous aid to address hunger directly through humanitarian relief, nutrition assistance, and agricultural development that expands farmers’ access to climate-resilient technologies and supports domestic food production,” add the Laureates in the recently released letter. Stressing that the time for G7 leadership is now, the Laureates add that ending hunger and malnutrition should be integral to a multi- pronged, Covid-era development strategy;

The G7 Leaders' Summit 2022 on 26-28 June will be hosted by Germany, which took over the G7 Presidency this year, in Elamu in the Bavarian Alps as it did under its presidency in 2015. The summit goal this time is ‘Progress Towards An Equitable World’ and it will focus on sustainable planet and healthy lives, amongst other issues.

The Laureates warn, “These three factors – COVID-19, Climate and Conflict – combine to form a toxic brew which, in the absence of decisive, bold action and investment, will dramatically increase the numbers of children, women and men living with – and dying from – hunger.”

Noting that the proportion of the hungry people in the world has dropped from 34% to 12% in the last 30 years in a remarkable achievement, the Laureates points out that “ Covid-19, climate change and conflict have begun to turn back the clock on this stellar progress, with over 800 million now hungry or malnourished.” The Laureates add that COVID-19 has led directly to 6 million deaths, and Covid-related economic disruptions have caused increased hunger, malnutrition and poverty and death of many more millions. The World Food Programme estimates that 45 million people are now at the risk of famine now.

Recapitulating that even before the pandemic began, climate change was disrupting the business of growing food (and income), the Laureates say, “Conflict in Africa, Asia, Latin America and now Europe is exacerbating these negative trends, driving up the price of food and energy, blocking trade in farming inputs and outputs, isolating vulnerable populations, and generating huge increases in refugee flows.”