Home Story For Food Security, Community Involvement Is The Key 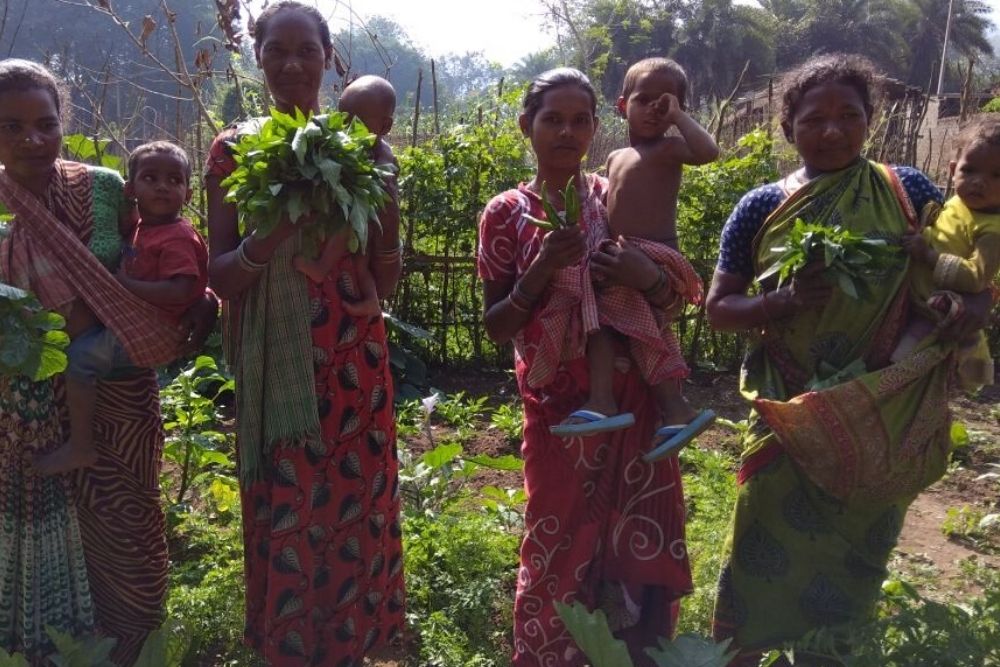 For Food Security, Community Involvement Is The Key

With a little help and encouragement, tribals from two remote blocks in Odisha banish malnourishment while wooing biodiversity in their region.

Bissam Cuttack and Muniguda, two remote tribal blocks in Odisha’s Rayagada district, about 370 kms southeast of Bhubaneshwar, are famous for their scenic beauty, forests and temples. They are also home to some of the most severely malnourished children in the state.

A few years ago, Living Farms, an Odisha based NGO, embarked on a journey to address the prevailing malnutrition in collaboration with the Adivasis (tribal communities) residing in this region. A household survey commissioned by Living Farms to assess the nutritional status of women and children in 2011 unveiled some grim statistics. At least 55% of children in the region were found to be severely stunted, 33% severely underweight and 12% were severely wasted. Moreover, 53% of women with children under five and 13.8 % of pregnant women were malnourished. 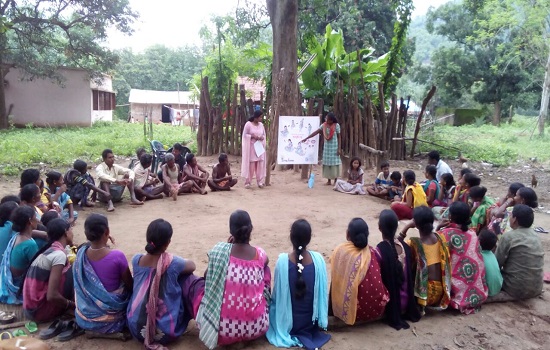 Living Farms decided to address the underlying causes of malnutrition using a model that interlinked agriculture, food security and natural resources, which are usually seen as independent of each other and not linked to nutrition. The programme was called Participatory Learning and Action- Linking Agriculture to Nutrition and Natural Resources, or PLA-LANN.

Initially, the programme was supported by Wethhungrhilfe, one of Germany's biggest private organizations for development and humanitarian aid. After the success of PLA-LANN model in improving household dietary diversity, Azim Premji Philanthropic Initiatives (APPI) joined hands with Living Farms to scale the programme to touch the lives of 1,00,000 families in 2000 villages of Rayagada and Kalahandi districts in 2017.

Also Read| Trust In The Time Of A Pandemic

In 2019, Valid International, a UK based research and evaluation organisation, observed that maternal dietary diversity and child dietary diversity had a statistically significant impact on their well-being. In general, indicators for nutritional knowledge, maternal diet and Infant and Young Child Feeding or IYCF indicators also showed improvements. The model used by Living Farms to improve dietary diversity was adopted by Odisha Livelihood Mission and is currently being implemented across the state, supported by APPI.

The unique aspect of the model was its emphasis on placing the participating communities at the heart of the programme. This enabled the communities to understand the underlying causes of undernutrition in the region, find locally suitable strategies, implement them and re-visit and refine them based on the learnings.

The programme also acknowledged that the absence of dietary diversity in the food was not just a result of food insecurity, but a plethora of factors, such as lack of involvement of women in agricultural planning, men not recognising the prevalence of malnutrition in their region and partnering with women in shouldering the responsibility to address it.

The programme sought to actively involve women and adolescent girls. Mobilised by PLA-LANN meetings, three girls, Sabita, Juni and Rajani from the Munda village from the Bissam Cuttack block took the initiative to start a nutrition garden in their village. They mobilised their friends, procured seeds and set out to achieve their goals, and eventually the team of 17 members raised a garden with 90 beds, containing 14 varieties of nutrient-rich vegetables. The girls shared the harvest with pregnant women in the village. 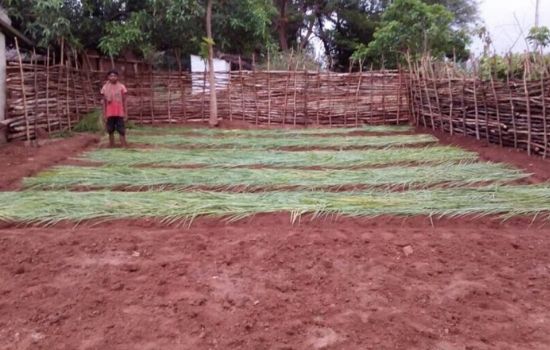 The training sessions and awareness campaigns for women were taken a step further to include counselling on timely initiation of complementary feeding and improved infant and young child feeding practices and exclusive breastfeeding for children under six months of age. Women were also taught to maintain food hygiene and the significance of including micronutrient-rich foods such as green leafy vegetables, minimum meal frequency according to age, feeding sick children smaller and more frequent doses during illness along with breastfeeding, and preparing different nutritious recipes.

Along with empowering women, the programme aimed at improving food security. Cash crops such as chemical-intensive cotton, that do little to improve nutrition and food security, dominated the fields in these two blocks. Farmers were thus encouraged to revive mixed cropping, grow short duration traditional paddy, varieties of millets with sorghum, sesame, flax seeds, maize and vegetables leading to healthier soil, a longer harvest period and greater food security. This was further fortified by establishing milling facilities in the villages so that cultivators were not forced to sell their food immediately after harvesting.

The natural habitat of these blocks enshrines several forests that have traditionally served as one of the sources of food for the tribal communities residing here. A major focus of the programme was on preserving the biodiversity of forests and their usability as a source of food. The community members were mobilized to collect seeds and saplings of fruit-bearing trees and cultivate these in the forest lands.

As a result of the implementation, the communities internalised the meaning of intergenerational malnutrition. The mothers improved their breastfeeding practices and nutritional status while adolescent girls transformed from dependent spectators to active participants in bringing about change. The programme stands testimony to the fact that leadership of the participating communities can contribute towards addressing the underlying causes of malnutrition and institutionalize change, making it a gradual natural progression, rather than an enforced process.