Home Story For Better Immunity, Get High On Protein 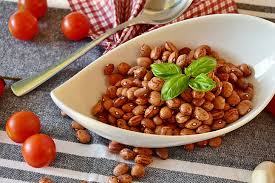 For Better Immunity, Get High On Protein

Protein is a determinant of an individual’s nutrition and immune response, so a protein-rich diet is a must for those who want a better chance to fight deadly viruses like Covid-19.

Amidst all the chaos caused with the emergence of the Covid-19 pandemic, there seems to be some glimmer of hope with the recently improved recovery rates and the developments on the vaccine being prepared to tackle coronavirus.

Although there are precautions in place, India continues to battle with a spike in the coronavirus cases each day. This pandemic has only heightened the awareness of being prepared to tackle the health risks associated with contracting the virus, which is important especially when certain reports have presented the possibility of several deadly bacteria being released due to climate change What’s more alarming is that these reports claimed that humans no longer have the immunity or the antibiotics to fight the ancient bacteria. So, the real question to ask today is, how prepared are we to tackle such health scares?

A strong immune system defines the body’s capability to fight against foreign organisms/abnormal cells/substances that have the power to cause detriment to us. The immune system is an entire network of cells and tissues that together function in order to protect us from any damage caused by external bacteria or viruses. When our body is exposed to a substance or antigen the immune system releases antibodies to prevent any ill effect caused by the antigen. Without these antibodies which are also known as immunoglobulins, our body cannot fight an invasion by these so-called intruders. And as complicated all these scientific terms would sound, it isn’t.

Protein is the key factor in the formation of antibodies. All of you may have heard that amino acids are the building blocks of proteins but, the essential amino acids cannot be synthesized in the body therefore, have to be supplied by mour diet. If our diets lack the adequate amounts of dietary proteins the amino acids required for producing antibodies will also be less. Immune system cannot be strengthened in a day, it is an ongoing process. And protein is a major contributor towards building and boosting immune system. Only few take in to account the role that a strong immunity plays during such times. Interesting revelations from a recent study called the Protein Paradox study indicate that most Indian households may not have the slightest idea of why one should consume protein or that one of its core function is building immunity. Moreover, the study claims that the respondents could not even correctly identify more than 3 protein rich food ingredients from a list of over 20 food items which included 11 basic protein rich foods. In fact, this study finally revealed that Indian households may carry certain misconceptions may have directly contributed to the gradually declining protein intake of the country and the existing protein deficiency in India