Home Story Fighting Malnutrition In Odisha’s Angul, A Story That Inspires All

Fighting Malnutrition In Odisha’s Angul, A Story That Inspires All

How a remote district became a sterling example that people can overcome their nutritional adversity with will, guts and wisdom
Charupadma Pati | Sep 22, 2019 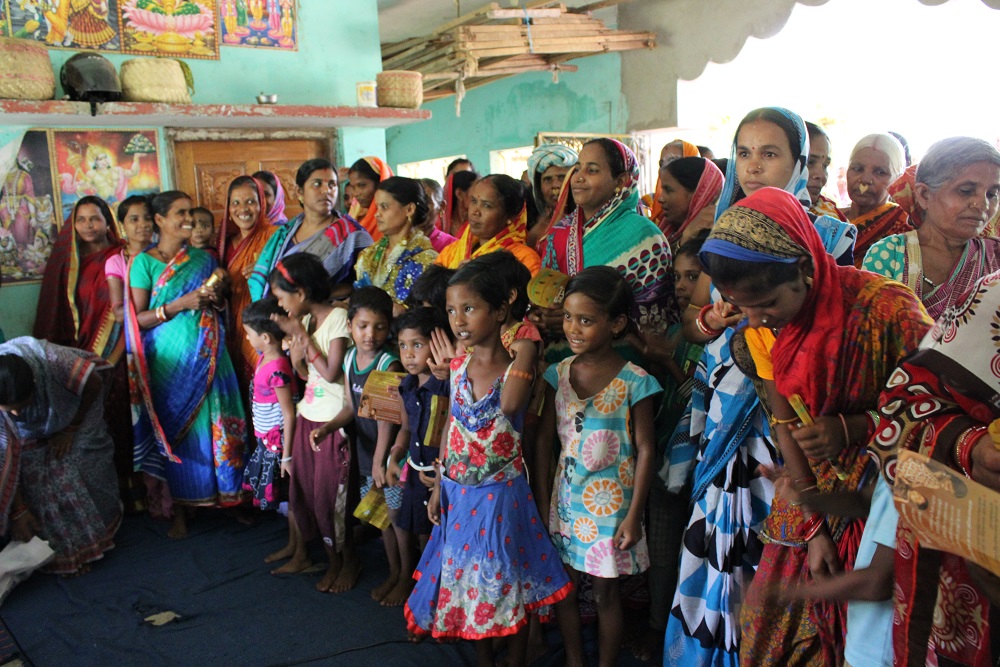 Located in a remote corner of Odisha is a small district of about 6,232 square km, named Angul. A small district, it has got its own story to tell about its efforts in battling malnutrition and showing its people the path towards healthy life.

Angul is bounded by Dhenkanal and Cuttack to the east, Deogarh, Kendujhar and Sundergarh district to the north, Sambalpur and Sonepur to the west, and Boudh and Nayagarh in south. It has a considerable population of scheduled castes, scheduled tribes, and localised population of Particularly Vulnerable Tribal Groups (PVTG)s, who are much more deprived in every way.

Malnourishment has been a very common part of people’s life for long. Most of the women are still undernourished, as a result of which their children are also deprived of the basic needs they require to lead a life of well-being. Though the district on the whole displays better performance on the basis of indicators such as anaemia, underweight and stunting of children under age five, yet undernutrition continues to be a matter of concern for the villagers.

There are certain reasons that have played a pivotal role in giving rise to malnutrition in Angul. Lack of awareness and literacy among the women have led to inadequate care for children, which has in turn led to excessive prevalence of anaemia and stunting. The mothers in the district are not very aware of the healthcare services that they should avail for themselves, and especially for their children, by getting themselves registered in the anganwadi centres. Moreover, wrong feeding practices and lack of proper care of women during pregnancy and delivery have contributed to widespread undernutrition in Angul district.

The movement for nutrition

Then came Angul Pushti Adhikaar Abhiyaan (APAA), a programme initiated by the people of the district to foster nutrition and promote good health for women and children. The movement aimed at educating the women of the district, to make them realise the importance of nutrition. 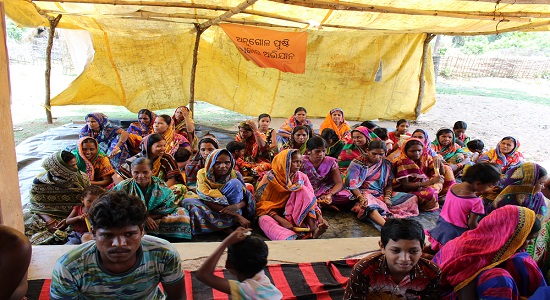 A movement that brought over 2.000 people together from different parts of the district--including the sarpanch, anganwadi workers, ward members and various influential people—on one platform to address the issue of malnourishment, AAPA made sure to free Angul district from the clutches of malnutrition. It also aimed at imparting all the major schemes of ICDS, such as Hot-Cooked Meals (HCM), Take Home Ration (THR), and Supplementary Nutrition Programmes (SNP) to the children and to mothers.

The AAPA has five key objectives:

·To increase people’s awareness of anganwadi centres and raise demand

·To train and support anganwadi workers in reaching out to the section of people who are not able to avail the facilities.

·Encourage participation of the sarpanch across villages in discussions, so that they can foster nutrition in their districts.

“We formed the Jaanch Committee to monitor the overall development of the children,” says Bidyut Mohanty, head of non-profit, SPREAD, who has played a pivotal role in giving the programme momentum, ensuring that it reaches all the people of Angul. The Jaanch committee has a number of responsibilities to fulfil, he explains: to ensure that the children on Angul are leading healthy and quality life, to ensure that they get access to healthy hot cooked meals, and to ensure that they all are registered with the anganwadi centres. “The committee consists of nine members, including anganwadi member, and also people who are the beneficiaries,” Mohanty adds.

The committee members are pivotal in eradicating malnourishment. They have a huge role to play in ensuring that the ICDS services reach the children in a smooth way. “As members of the Jaanch, we conduct meetings to monitor proper development of children. We look into the quality and quantity of food being served,” says. Antaryami Raul, who heads the Jaanch committee.

Anita Sahoo, another active member of the Jaanch committee says, “We ensure that the children get different food items, including sweets, such as laddoos, to eat, but whatever they get should provide them with nutrition.” 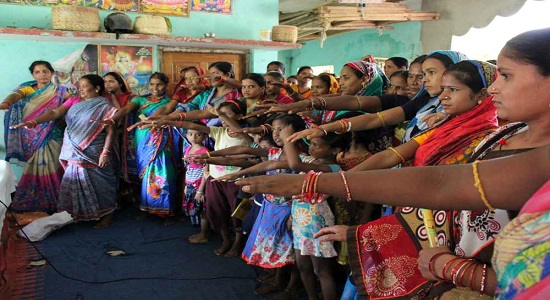 ·Meetings headed by the sarpanch: AAPA encouraged sarpanch-headed meetings, to bring the issue of malnutrition into the community’s notice and elicit political response. The sarpanch actively organised meetings in their respective gram panchayats with the support of AAPA members. The objective was to create awareness on the services provided by ICDS to poor children, who did not get access earlier.

·Knowing the grievance: Addressing the grievances of beneficiaries, pertaining to the ICDS service, was a major concern. Therefore, meetings were held for the members of Jaanch and Maatru committees, as well as Anganwadi workers. Beneficiaries were also invited to express their troubles in getting access to services.

·Training committee members: The members of the pivotal committees were imparted proper training, to make them capable of effectively monitoring the ICDS services, and taking adequate actions in response to problems faced by the beneficiaries in availing the ICDS services.

·Ensuring transparency: The ICDS guidelines emphasise the need to display names and photographs at anganwadi centres, so that the community members would have information about who to approach. This was not the case earlier. Therefore AAPA decided to introduce transparency in the system by encouraging the policy of putting up of names and photographs of Jaanch committee and Maatru committee members. Until now, AAPA has been successful in spreading transparency in about 91 centres.

AAPA has been largely successful in its mission across the district through a number of innovative measures. The Nandpur village of Angul block is one such example, reflecting AAPA’s successful intervention in providing the beneficiaries the right amount of eggs under Supplementary Nutrition Program (SNP), one of the six services offered under ICDS. It has ensured that the children, including pregnant mothers in Nandpur, received the required amount of eggs, keeping in view that they get nourishment. The beneficiaries before the intervention used to get only 10 eggs a month, under the Take Home Ration scheme (THR), and three eggs under the Hot Cooked Meal scheme. AAPA’s intervention, helped all the 60 beneficiaries of the village in getting access to 12 eggs under THR and HCM schemes respectively.

Odisha is one of the few states to provide eggs to combat under-nutrition, along with Andhra Pradesh, Telangana, Karnataka, Tamil Nadu, Jharkhand, Bihar, Tripura and West Bengal. In the Suabasasahi village of Pallahara block in the district, around 20 beneficiaries earlier were not getting access to HCM, as anganwadi centres were located far away. The AAPA team collaborated with the Self –Help Groups (SHGs) in the area to provide HCM to the people.

With the collective efforts of the people, the committee members, and the anganwadi workers, Angul has by far achieved its goal in few areas. It, however, is still striving its way to eradicate malnourishment in other areas as well through innovative methods and community inputs. District Collector of Angul, Manoj Kumar Mohanty, has sent a proposal to the Government for more anganwadi centres to operate in other inaccessible areas of the district and is making efforts to come up with better strategies to spread awareness on undernutrition. The point is to encourage people of Angul to participate in collectively removing malnutrition, he explains.

Angul is on its to becoming the nutrition champion of Odisha. A sterling example that with the right kind of interventions and methods each village across the country can become another Angul.