Home Story Get Rid Of Your Visceral Fat 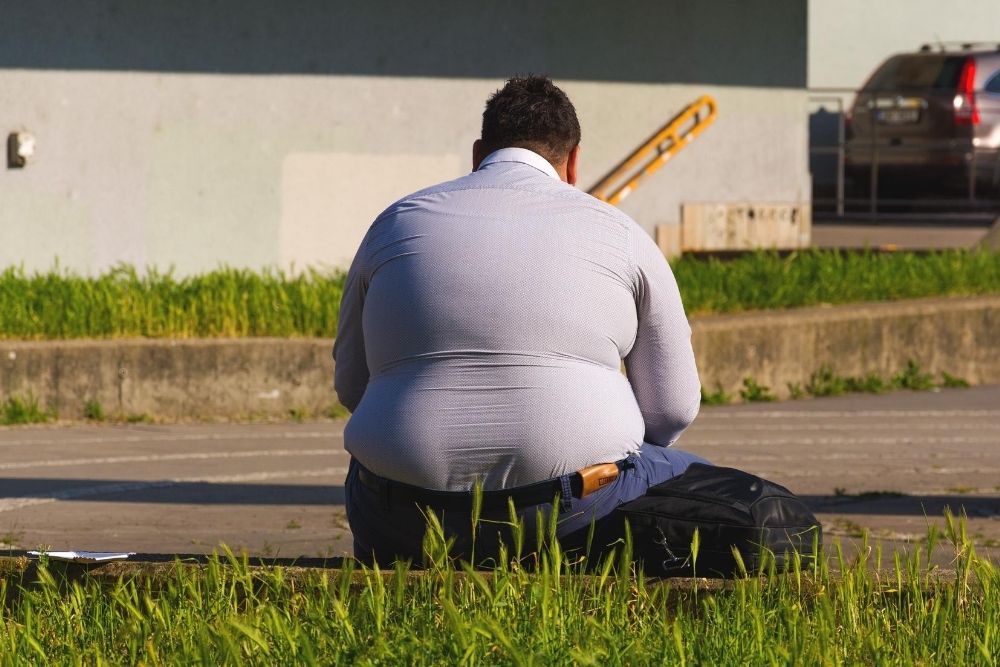 Get Rid Of Your Visceral Fat

Visceral fat can accumulate due to faulty dietary habits, and lead to many other health issues. Satyendra Garg tells us how he avoided this deadly and common problem.

Colonel Maheshwari retired from Indian army many years ago and has been known to me. A few days ago while walking at the DDA Siri Fort Sports Complex, we met after many months because of the restrictions due to the Covid pandemic reducing frequency of visits to the public places.

Because of the long gap of our meeting, he noticed that I have reduced lots of weight and looked very healthy. He complimented me for better health, but suggested that I should put on some more weight. He feared that with advancing age if weight comes later it will be around the waist which could be bad for health. I thanked him for the suggestion, and told him that putting on weight around the waist which is called visceral fat is due to faulty diets, and one should avoid putting on visceral fat which is indeed extremely harmful and dangerous.

Waist to height ratio is a simple measure of central adiposity or excess visceral fat, calculated by comparing waist circumference to height. Optimally your waist circumference should be less than half of your height. As central obesity increases, risk of metabolic diseases which include diabetes, obesity, impaired cholesterol, high blood pressure, heart disease, dementia and even cancer skyrockets.

Mostly, it is Body Mass Index which people keep in mind for judging fitness. According to BMI, which is weight divided by height, in meter square if BMI is less than 25, one is normal weight. Those with 25 to 29.9 are overweight, from 30 to 34.9 obese, and those having BMI more than 35 are severely or morbidly obese. If one is around 26 BMI one thinks it is only marginally overweight but with visceral fat, even this could be extremely dangerous.

One famous example of excess visceral fat was Dr Michael Mosley, a British BBC journalist, who considered himself trim and healthy. He was not particularly overweight, weighing 85 kilograms with a height of 5 feet 11 inches and a waist of 36 inches. His body mass index was 26.1, just barely in the overweight range. By standard measurement, he was considered just fine. But lurking inside him, around his vital organs, were layers of fat. People with visceral fat think they are normal weight or have a bit of middle age spread, not realising that it allows their bodies to carry deadly illnesses such as diabetes and heart disease.

D. Mosley happened to see the fat inside him on the MRI but did not really do anything about it till after sometime he was confirmed as a diabetic with incredibly high cholesterol.

Similarly people with visceral fat run the danger of being identified as confirmed diabetics and having high cholesterol and other serious ailments. One study found that waist circumference was the best predictor of diabetes compared to body mass index, waist/hip ratio and other anthropometric measurements. It was concluded by the study that predictive power of a single measurement of waist circumference was at least equal to that of waist hip ratio and body mass
index combined. The risk of diabetes, according to this study, for those in the highest quartile of the waist circumference was 11 times greater than for those in the lowest quartile.

Many of us do not take our health seriously and put on weight around our waists, which compromises our health in a big way. If one has visceral fat accumulation, chances of having diabetes, dementia, heart disease and even cancer goes
very high.

The only way to not accumulate visceral fat is a healthy diet and enough exercise. I consider myself lucky that with a height of 178 centimeters which permits me to have a waist up to 89 centimeters to be less than 50 percent of height, the last medical examination in January this year recorded my waist at 78 centimeters.

I give entire credit for this to my Low Carbohydrate Healthy Fat diet with intermittent fasting, which has become a habit with me for more than one a half years and which has reversed my fatty liver disease to near normalcy, increased my HDL, the good cholesterol, reduced LDL, the bad cholesterol, normalised my blood pressure, reduced my HbA1C to that of non-diabetic and reduced my weight which is normal for Body Mass Index of 20.5.