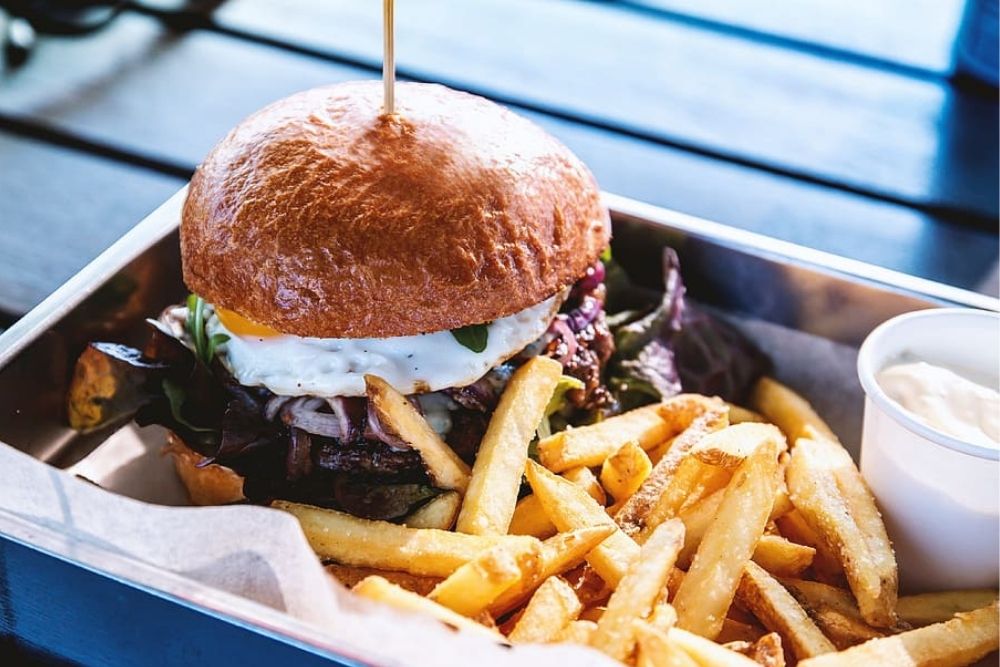 ‘Eliminating TFA Boils Down To Awareness.’

Cardiovascular surgeon Dr Naresh Trehan explains how Trans Fats cause heart disease, and why raising awareness about this is critical

Eminent cardiovascular and cardiothoracic surgeon Dr Naresh Trehan believes that it is the job of the medical fraternity to raise awareness about the perils of fast food, but warned against overreaction.

Speaking at an exclusive Outlook Poshan webinar on the perils of trans fatty acids, Dr Trehan, who is also the Chairman and Managing Director of Medanta – The Medicity, said that there is increasing recognition that the makers of junk food will take shortcuts.

“There are elements in these foods which if you take the first bite it will create a craving in you, by way of taste, by way of introducing the recipe which stimulates the right center of your brain which will keep making that craving worse. It attacks your senses and neurological recognition.” Now “if they (the makers of junk foods, which contain dangerous levels of trans fats, which has been conclusively line with heart disease) were just doing this without hurting someone, they are just doing their job. But if they are actually hurting someone, we need to make the public aware of it.”

“So it is our job to make the public aware not just of human friendly fats, but in what quantity they are human friendly. That's the level of awareness we need to reach among the general population. so that they make the right choices,” he said, adding that thus it was the job of not just the medical professional but also the media to build this awareness.

Explaining how TFA damages the heart, he said that there was “a fraction of difference densities of lipids in the blood. The highest density, which we call HDL in short, is what we call the healthy cholesterol, the healthy fat. Then you low have density lipoprotein, very low density, an even very very low density. The smaller the molecule, or the density, the more dangerous it is. Because it can seep through the protective layer of the arteries between the cells. and start accumulating in the walls of the arteries. And these start narrowing, and that is where the danger comes from.”

However, he also warned against overreacting. “There's no harm for a child to have a burger or a pizza or a pakora once a month.” But there has to be a balance. Noting that like diabetes, there was clear genetic propensity for heart disease, he said other risk factors included tobacco use, stress, other diseases and of course what people consumed. Those with a parent with heart disease are at double the risk, and hence needed to be careful, he said.

Medicine initially started to treat the sick, then they moved on to early detection and intervention, and “then we moved to prevention. There are various levels at which this has to be addressed, and the food chain is one of these levels,’ he said.

I’m not one of those guys who proposes that everyone must become a total ascetic,” he said. “You must enjoy life also. But that means everything you do has to be in moderation, except tobacco and drugs. Anything else, if you use in the right proportion, that includes what you put into your body and what you consume, so that you don’t become obese,” he argued.

“If your cholesterol and lipid levels are high, you must reduce your intake, and then exercise more to consume more. So there’s a balance you can find in your body. There’s no reason to ilive n utter fear and be paranoid about everything and every piece of food you put in your mouth. You can have a little bit of even street food, it won’t hurt you..knowing very well that there's some trans fats in it. You should not go into deprivation because it invokes the craving. And craving is over reaction then. Puritans might say certain things which could swing the pendulum in the other direction, but you must keep it within a band. Knowing very well what are the things you are exposed to, you are consuming, what are the risk factors, and in what proportion. That’s the way to avoid heart disease. Because if you are stressed over it all day, that by itself will give you heart disease. So stop stressing. Knowledgeable, intelligent eating, intelligent life, moderately lived, is the best you can do,” he concluded.

Dr Ananya Awasthi, Assistant Director at the India Research Centre of the Harvard TH Chan School of Public Health spoke about how advocacy groups and non governmental organisations played a critical role in spreading awareness about the perils of trans fats and bringing about behavioural change. “In India it is particularly important, because of the huge unorganised sector. It is thus up to the citizens to be able to understand and support. behaviour change,” she said. However, “Knowledge is only the beginning. People in urban areas might know that trans fats are bad for you, but they don’t have a clear idea about the foods that contain trans fats. Processed foods might have labels etc, but what about the samosas, the baturas, cakes, pastries, white bread? Most people don’t know that these contain high amounts of trans fats.”

Ms Laurene Aubert, Manager SUN Business Networks and lead at the Global Alliance for Improved Nutrition said that while it was relatively easier to remove trans fats from the food system in the richer nations, it was difficult in the lower and middle income nations due to lack of awareness. “The international food and beverage alliance, for instance, 12 of the world’s biggest food manufacturers, have committed to the WHO target of 2 gm per 100 gm in fats and oils, and they have already achieved over 98.5 per cent of this target across all their food portfolios,” she said.

“But in the low and middle income there were a number of SMEs, and many of them don’t even know about trans fats. Awareness among consumers is one thing, but there are small food producers there who don't know what trans fat is. So it is difficult, particularly when you don't even have mandatory regulations in place,” she said, noting that it was thus imperative for both governments and NGOs to engage with smaller producers and other stakeholders to ensure awareness, and the need for legislation.