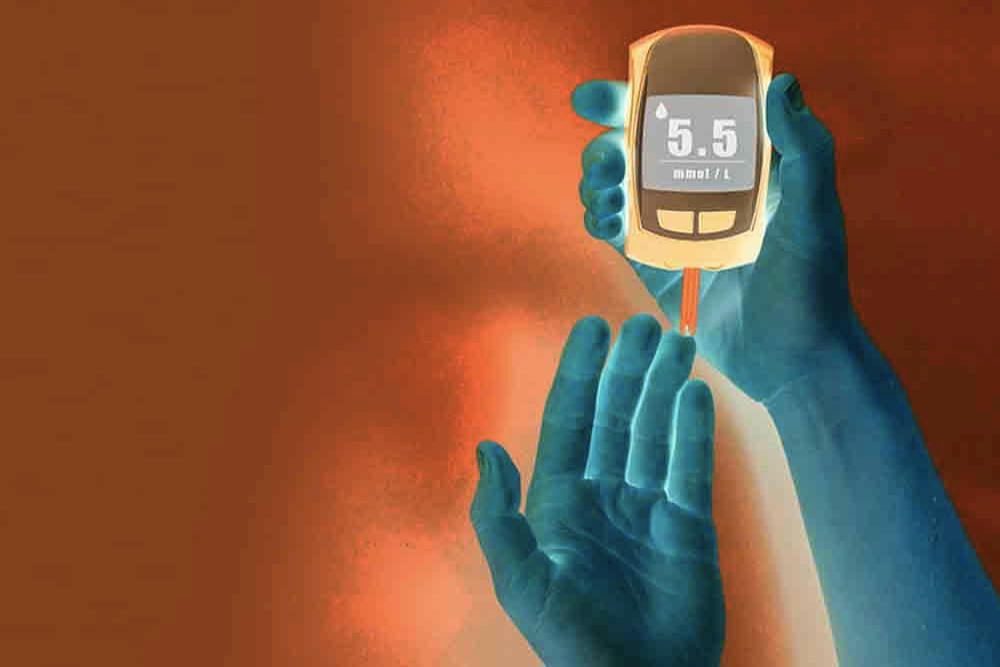 Diabetes is a chronic disease, and one of the metabolic disorders, which occurs when the pancreas does not produce enough insulin hormone, or when the body cannot effectively use the insulin produced. This leads to an increased concentration of glucose in the blood also known as hyperglycaemia. Diabetes can be:

·Type 2 (earlier known as non-insulin-dependent or adult-onset diabetes), caused by the body’s ineffective use of insulin. It often results from excess body weight and physical inactivity. Also abbreviated as NIDDM

·Gestational diabetes is hyperglycaemia that is first recognised during pregnancy, which even leads to serious health risks for both the mother and child.

Diabetes is a growing challenge in India with an estimated 8.7% population in the age group of 20-70 years suffering from it. This growth in prevalence rate of diabetes and other non-communicable diseases is driven by a combination of factors such as rapid urbanisation, sedentary lifestyles, unhealthy diets, tobacco use, and increasing life expectancy. Obesity and overweight are the most important risk factors associated with diabetes.

Dietary intervention: Diabetes diet is based on eating five to seven small meals a day at regular times. This helps you better use the insulin that your body produces metabolically. Choose healthy complex carbohydrates, fibre-rich foods, fish and "good" fats.

·Fibre-rich foods: Dietary fibre includes all parts of plant foods that your body can't digest or absorb. Fibre moderates the bowel moment of the gut and aids digestion and helps control blood sugar levels. Foods high in fibre include: Vegetables, Fruits, Nuts, Legumes, such as beans and peas, Whole grains.

·Diabetes increases your risk of CHD and stroke by accelerating the development of clogged and hardened arteries.

·Cholesterol. Cholesterol sources include high-fat dairy products and high-fat animal proteins, egg yolks, liver, and other organ meats. Aim for no more than 200 milligrams (mg) of cholesterol a day.

·Sodium. Aim for less than 2,300 mg of sodium a day. Your doctor may suggest you aim for even less if you have high blood pressure.