Home Story Do You Know This Miracle Fruit? 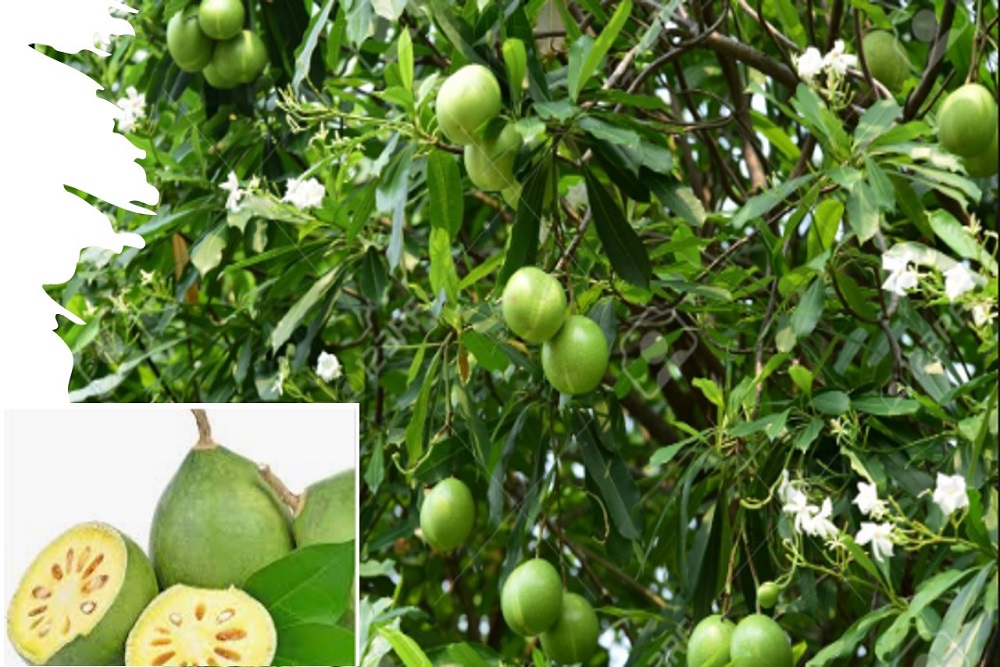 Do You Know This Miracle Fruit?

The humble Bael is power packed with nutrients and antioxidants, and a key ingredient in several ayurvedic medicines

It’s got many names: Bilva, Sriphala, Shivapala, Bengal quince, golden apple, Japanese bitter orange, stone apple or wood apple. A species of fruit native to the Indian subcontinent, It can also be found in Sri Lanka, Tamil Nadu, Thailand, and Malaysia as a naturalized species.

But not many people know that humble Bael, as it is popularly known, is among most under-rated fruit in the country. Bael sherbet is very common in the summer months in north India, since it acts as coolant and is an important source of dietary fibres. It is also preserved in many forms like murabba and syrup.

The fruit pulp is highly rich in carotenoids, phenolics, alkaloids, pectins, tannins, coumarins, flavonoids & terpenoids and many other volatiles and organic acids. Of these, maremlosin, which has multi-potent antioxidant, anti-inflammatory and anticancer properties, is the the most therapeutically active agent. But it’s not just the fruit, the leaves, roots, bark, and seeds of the Bael tree possess diverse medicinal properties , and plays an important role in Ayurvedic medicine. The leaves are used to treat fever, urinary troubles, heart palpitations, abdominal pain, dysentery and vomiting. It prevents from various viral infections and also its richness in antioxidants prevents cancer.

Some studies suggest Bael leaves also repel various insects including mosquitoes which cause dengue, malaria filaria and the deadly Japanese encephalitis. The leaves, fruits and bark of Bael areused in the Ayurvedic system to treat diabetes. Also the juice extracted from the Bael leaves are said to be very effective in improving eyesight, or for treating any kind of eye inflammation,and also reduces intraocular pressure which causes glaucoma. Bael fruits also have antibacterial properties and prevent various gastrointestinal infections causing diarrhoea, dysentery and dehydration, especially during the summer months.

But despite being recognised for its almost miraculous medicinal properties since ancient times, the fruit is extremely underutilised, and there are no Bael orchards in the country. Some grow near temples because the fruit is used as an offering, others grow randomly across the country. It is very important that these underutilized fruits should be brought under cultivation and people be made aware of its miraculous effects on the health system.

(The author is a PhD Scholar at Punjab Agricultural University)