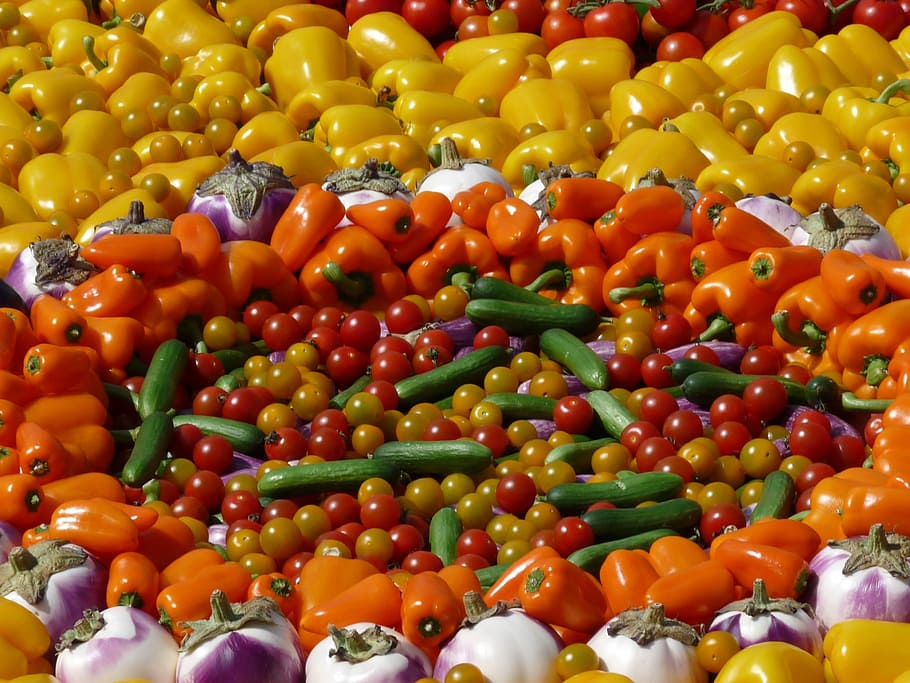 Here's how the new breeding tool 'Gene editing' is being harnessed to provide customers with nutritious, safer food without any foreign DNA in the crops

The food systems have evolved since Norman Borlaug won the Nobel peace prize in 1970. The Nobel going to World Food Programme underlines the importance and continual efforts required for feeding the world. Today, the world has moved away from food for sustenance to food for health and wellness. Rising awareness regarding micronutrient deficiencies and their adverse effects on health has consumers paying attention to their vitamin and mineral uptake. However, a large part of our population does not have access nor partakes the recommended nutrients in their diet. Globally, around 2 billion people suffer from hidden hunger, in absence of nutritious food. In 2020 FAO celebrated World Food day with the theme "Grow, Nourish, Sustain, Together". The observation has never been any more relevant as the hike in food system vulnerabilities due to the Covid pandemic.

The importance of healthy body and lifestyle in boosting immunity has made people re-visit our traditional knowledge about local long forgotten foods. The industrial agriculture has 66% of cultivation comprising of 9 plant species,thereby, ignoring the goodness and nutrition offered by 30,000 edible plants across the globe. As more and more consumers are demanding diverse local foods, this shift needs to be supported by the agricultural industry. As per FAO - Food and nutrition security exists when people have access to sufficient, quality food, that supports healthy and active life. Nutrition security demands the intake of a diverse, nutrient rich diet, which can provide essential minerals and nutrients.

Multiple nations are running health care programs to address malnutrition, as well as developing varieties for staple crops fortified for iron, zinc and vitamins. However, encouraging diversity in food intake is the most sustainable way to overcome malnutrition. On the occasion of World Food Day 2020, seventeen varieties of eight crops, that have up to 3.0-fold increase in nutritional value have been dedicated to the nation by our Prime Minister. Local landraces and farmer’s varieties form the basis of these improved varieties. These include rice with higher zinc, wheat rich in protein, zinc and iron, maize with increased amino acid content, finger millets rich in calcium, iron and zinc, low erucic acid mustard, enhanced oleic acid groundnut and yam with enhanced zinc, iron and anthocyanin content.The HarvestPlus programme and organizations like Consultative Group on International Agricultural Research (CGIAR) have developed and introduced fortified crops across nations in Africa and Asia. Around a dozen fortified crop varieties have been developed across nations, these include Vitamin A enhanced sweet potato, maize, cassava and banana, iron fortified beans, zinc fortified maize, wheat and rice and wheat with higher protein content.

Other than conventional varieties, fortified GMOs have also been developed. These include rice, maize and cassava with higher vitamin A and mineral enhanced cassava. Golden rice with enhanced vitamin A content has travelled a sketchy road towards acceptance and adoption and has been only recently approved for cultivation in Philippines.

The nutritional improvement of crops requires the use of multiple technologies and coordinated and concerted efforts.Another aspect of nutritional enhancement is reduction of anti-nutrients or toxins prevalent in plant parts, these include heavy metal accumulation in grains as well as presence of toxic metabolite or allergen.

The new breeding tool-Gene editing is being harnessed in a big way for nutritional enhancement of crops. Gene editing allows breeders to make small, specific and precise genetic changes in genome of the crop as per prior knowledge, without introducing any foreign DNA. The ease and precision of the methodology is solely based on genetic information and detailed know-how regarding the associated impact of the change. Since the final variety obtained has no foreign DNA and is similar to a conventionally bred variety, most nations do not regulate it or have softer regulations. The genetic change is made in the elite variety and with low regulatory costs, the overall cost of development and commercialization can be afforded by small and medium businesses.
The first nutritionally improved crop to reach the market was high oleic soybean in 2019. With 80% oleic acid, zero trans fats and 20% lower levels of saturated fatty acids. Since it’s no different in taste from other oils, stays fresh longer and has a longer fry life it has been welcomed in the food industry. Camelina is another oil crop that has been improved for higher omega fatty acid-containing oil for human nutrition and in aquaculture. Another edited improvement in soybean is high protein beans, with 10% higher protein and no impact on oil content. Editing for up to 60% increased protein content has also been taken up for rice, wheat and some vegetables.

Wheat is the staple that is being improved in multiple aspects, including higher fibre, double iron content to counter anaemia and lower gluten content that leads to 85% reduction in immunoreactivity, a prime symptom in celiac disease.

Allergen free peanuts, rice that doesn’t accumulate heavy metals in grain, potatoes with low levels of acrylamide, cassava roots with lower levels of cyanide precursor, fungal disease resistant and hence toxin free groundnut, are some of the improvements in consumer traits that are under development. Gene editing is also being used to improve flavour of tomatoes and mustard (lower pungency), increase the shelf life of mushrooms, tomatoes and potatoes, lowering rancidity in pearl millets making them acceptable and available for wider population.

Similarly, improving the yields of orphan crops that are usually locally produced, will make them profitable for farmers and more widely available for consumers. These may include many wild varieties as well as lesser known crops e.g. groundcherries, sweet potatoes, yam and millets.
Consumer demand and nutritional security norms dictate that the nutritional value of staples (50-70% of daily calories) needs to be improved and more diverse foods need to be added to our diet. Plant breeders have been working towards this goal and the new plant breeding technologies can help them reach their goals sooner.

The recent farms reforms that encourage and support contract farming would provide the ideal path for growing fortified foods profitably for the farmers as well as its processing and bringing identity preserved food from the farm to the consumers.

Consumer education about the new technological tools that bring them nutritious food and the safety of such technologies is a very important task for the governments, researchers and regulators. Without a wider outreach, the fruits of all the labour that goes into bringing such crops to market will go waste.