Home Story Customs and cuisines of New Year across India 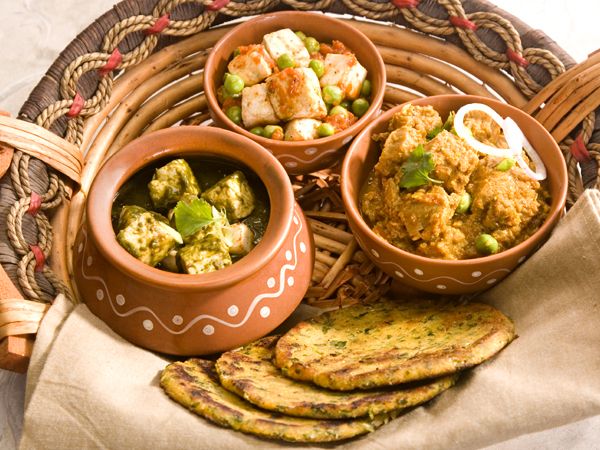 From Gudi Pawda to Poila Baisakh, New Year is celebrated differently across various states in India. Here’s a look at some of the traditional food items prepared for the day

The concept of the ancient Hindu Lunisolar calendar is still actively followed in India. This calendar is based on the orbital position of the Sun and Moon as observed from Earth, which means they do not fall on a fixed day or date. This day generally marks the onset of spring every year in mid-April, and is usually called Baisakhi in North and Central India, though each state has their own version of festivities and names for the day.

Here’s a glimpse at how some states mark their New Year along with their traditional rituals and delicacies:

Gudi Padwa is celebrated on first day of the month of Chaitra, during March-April, and marks the start of a new year in Maharashtra. 'Gudi', a beautiful arrangement of a silk saree or clothing, is tied to a stick with a 'Lota' (earth or brass pot) on the top and then decorated with sweets and garlands made out of neem leaves and mango. The region's most celebrated warrior, Chhatrapati Shivaji Maharaj, is said to have started these celebrations after a victory.

Baisakhi is celebrated with a lot of enthusiasm in Punjab. The Sikhs celebrate this day by visiting the Gurdwara, participating in the prayers held during the day, followed by having langar (meals cooked in the community kitchen of a Gurdwara). Gidda & Bhangra are performed to the beats of the drum during the evening. Small fairs are also organized where people perform acrobatics and take part in other fun games.

The beginning of the harvest season is celebrated as Bihu in Assam. It is also known as Bohag Bihu and highlights the cultural diversity of the region. In certain places, cattle are washed and smeared with turmeric paste, and adorned with twigs of Dighalati and Makhiyal (two special trees found in Assam). Young boys and girls wear their traditional attire and sing Bali Husori songs and hold dance performances.

Poila Baishakh marks the first day of the Bengali calendar and the Baishakh month. People usually make elaborate alpanas or rangolis in front of their houses. It is also the start of the new financial year for businessmen, and is marked by opening new accounting books known as Haalkhata. The day is celebrated by holding various cultural programs, where people sing and dance to the tunes of traditional Bengali songs.

Traditional cuisine – Sweet dishes such as channar payesh, rosogolla, sandesh are the mainstay of this day, along with savory items such as Daab Chingri (made with prawns) served with a combination of rice and other fish preparations.

(The author is a lifestyle coach and diet counselor. She tweets @Bipasha1sugati)