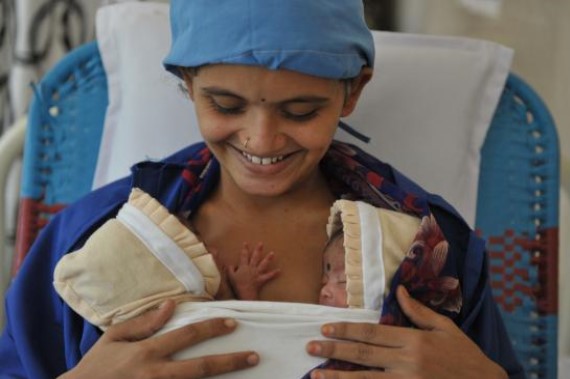 The status of women in their families is a key factor in maternal health, besides poverty, caste, education and nutrition

The health of pregnant women, new mothers and their babies is critically endangered today. With COVID-19 necessitating lockdowns the world over in 2020, millions were cut off from essential health services leading to devastating health impacts, especially in low-resource settings. In India, despite progress in improving maternal health – our Maternal Mortality Ratio (MMR) went from 245 in 2004-6 to 113 per 100,000 live births in 2016-18 – we are likely to account for the highest maternal and child mortality figures in the region if the people who need it most continue to be cut off from health services.

To highlight the significance of the issue, a team of researchers conducted a systematic review and analysis of global data on the effects of the COVID-19 pandemic on maternal and perinatal outcomes.

Previously, several of the authors had developed a paper on the rise in the number of stillbirths during the pandemic, and found that these deaths were unlikely to be due to SARS-CoV-2, as none of the mothers were infected. With India and Nepal reporting similar findings, changes in obstetric services were found to be the most likely explanation.

With absolute numbers still awaited, modeling studies have estimated that only a 15 per cent reduction in maternal care services for six months would lead to 253,000 additional child deaths and 12,190 additional maternal deaths in low- and middle-income countries. In reality, the percentage of reduction is likely to be much higher.

To compound the issue, deep-rooted gender inequality and social norms remain at the heart of maternal morbidity and mortality in India. Wide disparities and inequities in women’s access to healthcare persist. Sadly, access to health services still depend upon where one lives, how educated one is, how rich one is, and to which community one belongs. Women’s status in their families and communities is a key social determinant of maternal health, alongside factors such as poverty, caste and ethnicity, education and gender.

Ninety-four per cent of all maternal deaths took place in low- and middle-income countries in 2017. In India, women in the lowest economic group were significantly less likely to have regular access to antenatal care or have institutional deliveries, compared to the highest. Maternal deaths were disproportionately high among socially backward castes, and women from scheduled tribe (ST) and scheduled castes (SC) were least likely to complete four antenatal check-ups.

Deaths among children under-five remained high in scheduled caste communities, this despite a decrease in the gap in under-five mortality rates between affluent and underserved castes. Eighty-three per cent of this gap is attributable to women’s levels of education and household wealth.

The Lancet study also highlighted that besides maternal and child deaths, ruptured ectopic pregnancies and maternal depression also witnessed significant increases. This, once again, points to the need to reinforce maternal care before, during and after birth.

According to one observational study, antenatal check-ups were conducted via telemedicine and in-person visits during the lockdown in India, however, 33 per cent pregnant women had fewer antenatal visits than recommended. Five per cent of women observed had had no antenatal check-ups at all.

Among the reasons cited for missing antenatal check-ups, the lack of transportation owing to the lockdown constituted the highest proportion, followed closely by fears around contracting COVID-19. However, a lack of knowledge and information around the need for antenatal care remained, with 16 per cent of the women reporting that they simply didn’t know. Missed antenatal care was found to have been one reason for the increased need for intensive care to mitigate complications.

Equally disquieting was the rise in intimate-partner violence, which has accounted in the past for a large proportion of maternal deaths. It is critical that we develop more and more ways to support women at risk. Gender-based violence severely impacts women’s health and those facing it are less likely to have institutional deliveries.

A study that collected data from new mothers during routine immunization in Mumbai’s urban slums found that one in three women reported facing intimate-partner violence and nearly half faced gender-based household maltreatment from husbands or in-laws. In both Maharashtra and Uttar Pradesh, women facing violence were less likely to have institutional deliveries. Women also reported facing domestic neglect, which deprives vulnerable women of food, health care and safety.

Nutrition is the key to safe motherhood and newborn survival. Still, one in three women of reproductive age worldwide is anemic. India is 94th on the Global Hunger Index, with a level of hunger that can be life threatening, especially for mothers and their newborns. Malnutrition increases the need for assisted deliveries in women by 60 per cent and results in 68 per cent of under-five deaths in India.

Maternal deaths resulting from complications during childbirth are usually preventable and treatable, a fact that underscores the critical need to ensure access to high-quality care during and after pregnancy to safeguard lives even in the midst of a public health crisis.

Awareness and information are necessary in addressing these barriers to maternal health. Women who were exposed to mass media and social and behavior change communication campaigns, about the need for improved maternal health, were found to be more likely to demand care.

It was also found that women who had access to mental health care, whose fears about hospitals and delivery methods were addressed, were more likely to use those facilities. Their engagement at antenatal care centres also increased the likelihood of institutional deliveries and the uptake of post-natal check-ups, making it imperative to facilitate better information and education to women via the media and frontline health workers.

COVID-19 and related restrictions have severely impacted family planning and maternal health in India, with as many as 26 million couples missing access to modern contraceptives and a steep drop in the numbers of antenatal check-ups. The availability of quality health services plays a key role in protecting maternal health and delays in access can result in maternal deaths.

(The author is Executive Director at Population Foundation of India and a public health expert.)