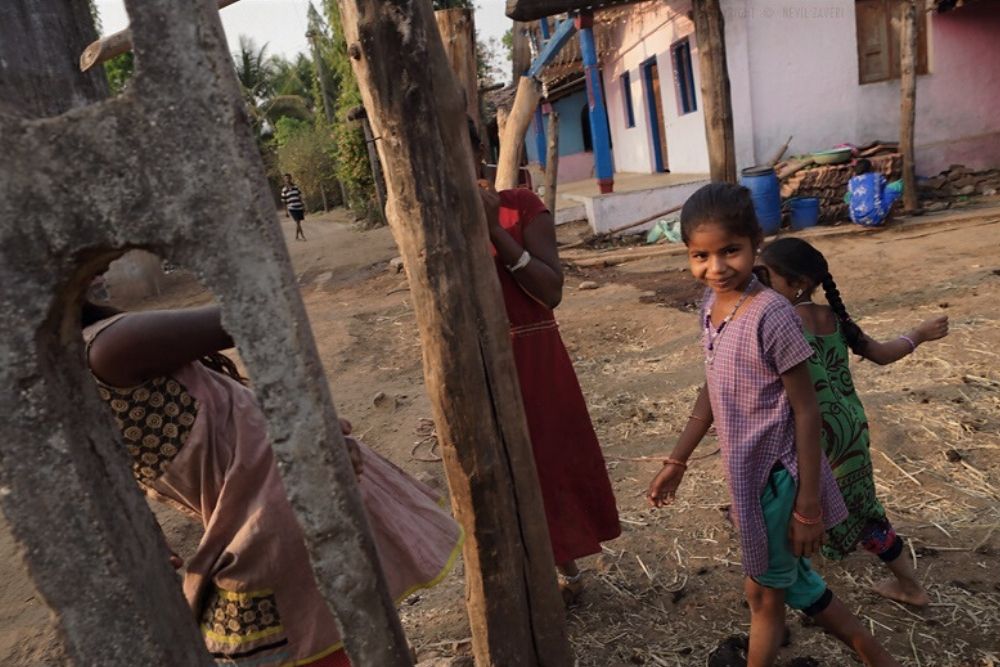 Gujarat is working on several fronts to battle widespread malnutrition among children in the state. In majority (85-90 per cent) of cases, the malnourished kids (or uncomplicated SAM cases), without any medical complications, can be looked after at home with the help of community health workers, supported by several new initiatives. The going is tough but the goals seem achievable....

Rising up to the challenges of acute malnutrition, Gujarat is working on several fronts to battle this socio-cultural demon. Intersecting issues like poor sanitation, institutional corruption, caste and religious biases, etc., makes the battle tough but the state authorities are determined to win it.

Home to more than 60 million people, Gujarat is one of India’s most urbanised states, with 43 percent of the population living in urban areas. However, despite the economic development, Gujarat is one of the top five states with the highest burden of acute malnutrition, according to Lancet Global Health Report 2019

Under the new initiatives, two innovative methodologies are being carried out: 1) Baal Adalat – Moot courts are being carried out under the guidance of teachers with the participation of parents and villagers or city residents; 2) Ek Balak Ek Palak – appeals are being made to the citizens, NGOs and social organizations to adopt and provide proper care to one severe acute malnourished child.

The story of Mukund from the tribal area of Tarkhanda in Gujarat is an illustration of how this community-based model has been changing lives. Living in a kutcha house (a house made of mud or unbaked bricks), with water logging everywhere and a makeshift toiler facility, Mukund is the only child of his parents, who work as daily wagers.

As a baby, Mukund was not breastfed until three days after his birth and for not long enough after that by his mother, due to lack of information on proper breastfeeding practises. His health soon began to deteriorate. At two years, the community health workers (Anganwadi workers (AWW) diagnosed Mukund to be suffering from severe acute malnutrition and enrolled him into the community-based management of acute malnutrition (CMAM) programme.

Mukund’s family was advised on proper dietary practices (what and how to feed) and recommended ready-to-use therapeutic food. After 12 weeks of special diet, Mukund was able to achieve a full recovery and is now a happy and healthy child. Mukund’s story is proof that CMAM is a proven approach to manage acute malnutrition.

The ‘Ready-to-use therapeutic food’ (RUTF), which is being used by the Gujarat government under the CMAM Programme has been developed by Amul. One of the challenges that needs to be addressed for the success of this model is the availability of RUTF throughout the year. The successful implementation of CMAM programme in Gujarat can serve as a model for India in addressing the problem of malnutrition. The CMAM programme is already being successfully implemented in more than 70 countries (UNICEF, 2013).

While inpatient care for malnourished children is necessitated for complicated cases, it is associated with high opportunity and economic costs for affected families and health service providers. CMAM, on the other hand, can address non-complicated cases of acute malnutrition with a maximized population-level impact through improved coverage, access, and cost-effective treatment.

Public health scientists say that only around 10-15 per cent of children with Severe Acute Malnutrition having health complications require inpatient medical care. But in majority (85-90 per cent) of cases, the malnourished kids (or better known as uncomplicated SAM cases), without any medical complications, can be looked after at home with the help of community health workers. Mukund’s victory against malnutrition is a classic example of how other states too can uptake CMAM as a complementary approach to their existing facility-level treatment approach.

Morbidity and mortality due to malnutrition are easily preventable, hence there is an urgent and recognized need to have proper mechanisms in place for early detection of growth faltering and taking corrective measures before the child progresses to severe grades of malnutrition and even death.

Community-based management of acute malnutrition programme complements the services delivered through indoor institutional care. It also creates scope for the majority of children to be provided care in the community setting itself thus reducing the demand on government resources and public health facilities. This is the only way we will be able to reach every Mukund in India and help fulfil the Prime Minister’s dream of achieving ‘Sahi Poshan-Desh Roshan’.

(The writer is a development consultant from Gujarat)