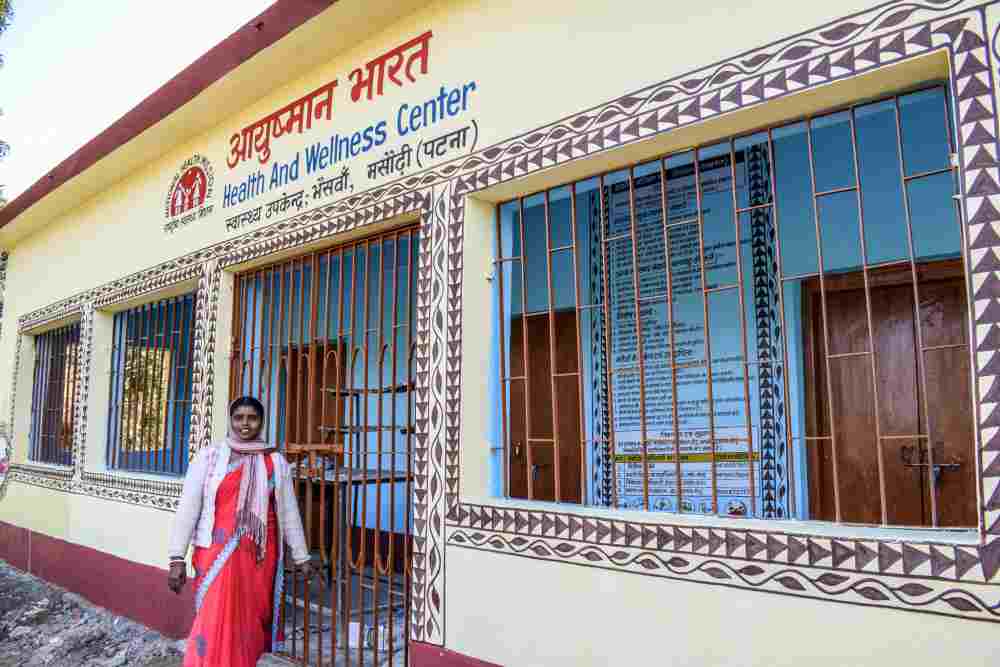 “As men here still determine the terms inside the house, we want the husbands also to know about the nutritional needs of the women and children in their home,” says Shaila Devi, a nutrition champion and ward member of a Gram Panchayat from Patna

My first glimpse of Shaila Devi, a ward member of a Gram Panchayat from Patna, was at a Godh Bharai Diwas held in Bhainswa Angwanwadi Centre. The positive energy and compassion displayed by Shaila Devi made her stand out amidst a group of colourfully dressed women she was leading at the event.

Traditionally, Godh Bharai is a celebration held at home with family and friends who come to bless the pregnant woman nearing her term. But this Godh Bharai Diwas was slightly different. It was a community affair with panchayat members participating. Leading women in singing to bless the mother to be, Shaila Devi had turned the event into a happy occasion for the entire community. 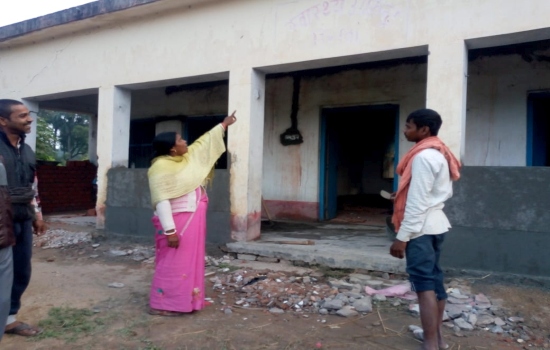 Another thing different about the occasion was the selection of songs. Set to the tunes of popular Bollywood songs, the songs had messages about the importance of proper healthcare and nutrition during pregnancy and its impact on both mother and child. The songs covered the significance of taking IFA (iron-folic acid) tablets during pregnancy, early breastfeeding and complimentary feeding.

Looking at the whole joyful event, it was evident that Shaila Devi was supporting other women to become nutrition champions. Engrossed in the sounds and colours of the spectacle, it took me a while to notice that the husband of the expectant mother was seated right beside her, which was a unique sight as Godh Bharai is mostly a women-centric function. 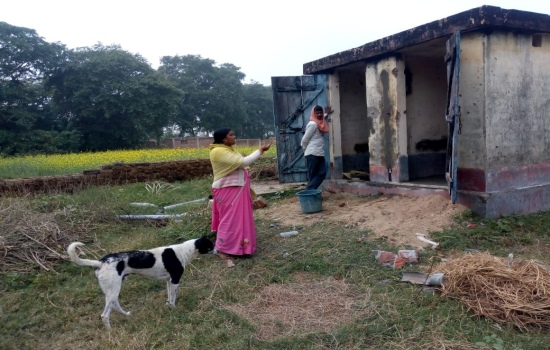 “As men here still determine the terms inside the house, we want the husbands also to know about the nutritional needs of the women and children in their home. Only then will they know how to help them have access to better health services,” Shaila Devi explained. Her logic being that both men and women need to understand the importance of proper nutrition in ensuring good health of the family as it cannot only be a woman’s responsibility.

Early last year, Shaila Devi was a part of a Hum Hain Champion (HHC) initiative led by Centre for Catalysing Change (C3) in Bihar. HHC is a capacity building programme for the Elected Women Representatives (EWRs) to help them become nutrition champions in their wards. It was here that Shaila Devi learnt the importance of involving men in the Community Based Events (CBEs).

Under C3’s HHC initiative, over 2000 EWRs in 10 districts of Bihar have been trained so far. The key components of Hum Hain Champion is capacity-building, mentoring and participatory strategizing and action. Further, women PRI members are equipped with skills and tools to monitor service delivery and activating platforms to raise their voice. This is helping to improvement in quality, accessibility and availability of maternal health and nutrition related services across the state.

The C3 intervention is helping EWRs understand their responsibilities as elected representatives and also take initiatives to improve health and nutrition service delivery in their villages.

While talking to Shaila, I learnt of the personal and political transformation she has undergone after being a part of HHC initiative. She narrated how the health centre had evolved from a dilapidated building with a broken gate and no bathroom provision to a fully functional health and wellness centre.

After becoming an EWR, during an inspection she was horrified to see that the Health and Wellness Centre has no staff on duty. Instead, the building was being used to store cattle fodder. Her first task after getting the centre cleaned and carrying out a thorough inspection was to contact the ANM to find out why weighing machine and BP machine were missing.

Shaila, along with other PRI members and the Mukhiya, also approached the MLA of the area to seek his help for the renovation of the centre.

The Health and Wellness Centre, complete with toilet facilities, is now the crown jewel of the Gram Panchayat providing commendable services to the villages.

Shaila is now aiming to get a proper boundary wall for the Centre to make it convenient and safe for the women who come for treatments. Post C3 HHC initiative, she not only actively facilitated the CBE’s such as God Bharai Diwas, Annaprashan Diwas but also regularly undertakes house to house visits and creates awareness among pregnant women about anemia, the importance of IFA tablets and diet diversity.

The Mukhiya of the village is all praise for the HHC initiative as more women are becoming politically active, leading to the overall development of the village. Today it’s not only the delivery of health and nutrition services that have improved but also education, sanitation and other infrastructure. The change has also led to women realising and reclaiming their agency, thereby working towards an equitable society.

Shaila Devi’s rallying call of “Mahila-mard ki aadhi aadhi bhagyadhari” (Equal participation of both men and women) sums up one of the many macro changes that are being impacted through C3’s intervention.

Women leaders, especially from the Panchayats, tend to have the same developmental priorities as their community. Issues like health, nutrition, education, sanitation, etc., affect them the most. This also means that they have the largest stake in ensuring smooth delivery through close monitoring of these services.

After spending a day with Shaila Devi, I felt the need to reiterate the power of female leaders. More power to Shaila Devi and many of her ilk who are ensuring improved nutrition and health services for all!

(Under Ayushman Bharat Health scheme of the government, Wellness Centres have been set up to deliver Comprehensive Primary Health Care, that is universal and free to users. The focus of these centres is on wellness and the delivery of an expanded range of services closer to the community.)