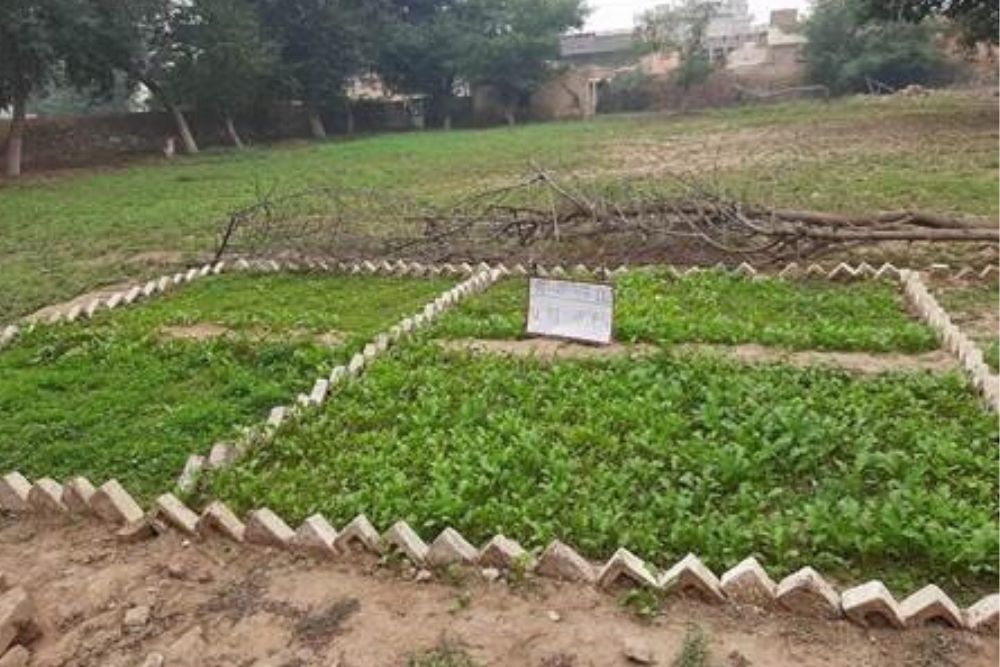 If handled right, nutri-gardens could be a game changer in the way we as a nation deal with ensuring proper nutrition

Malnutrition –a term which encompasses both over-nutrition and under-nutrition, is a largely neglected issue that has now turned into a global health crisis, and is one of the primary causes of deaths and diseases around the world today.

Over-nutrition leads to obesity and associated risks of non-communicable diseases, while under-nutrition stems from inadequate quantity and/or quality of food being consumed, and/or repeated infections, resulting in improper absorption of vital nutrients. This manifests itself through wasting, stunting, anaemia and micronutrient deficiencies. Malnutrition is a significant challenge to the growth and development of an individual as well as an economy.

The dichotomy of malnutrition is the result of the asymmetrical rise of disposable incomes in the hands of an individual. Globalization has led to the proliferation of fast-food chains
worldwide, which in turn led to changes in dietary patterns of people, and India is no exception. 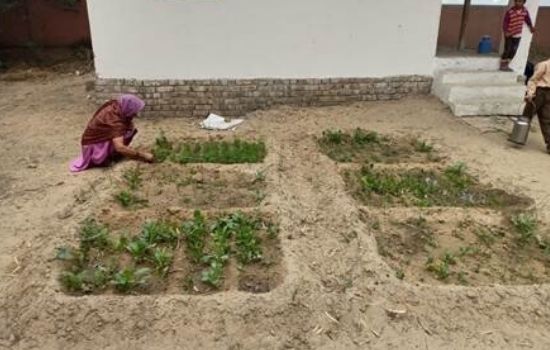 Nutri garden at a government school

According to the National Family Health Survey 2015-16, approximately 38% of children under five years are stunted, 21% are wasted, 35.8% are underweight, 19% of adults (15-49 years) are obese and 53% of women in the age group of 15-49 years are anaemic. Though the problem of malnutrition encompasses all age group, the scope of this article mainly targets children (up to the age of 18 years) since a well-nourished child would reflect itself in a citizen who grows up to be physically fit, mentally stable, emotionally sound and financially strong. On the other hand, the lack of proper nourishment ultimately results in the nation and society losing an important asset.

In order to deal with this problem, and based on my experience as a field agent under POSHAN Abhiyaan in the district of Sri Ganganagar, Rajasthan, I would like to propose the concept of a nutri-garden. Similar to a kitchen garden, a nutri-garden is a cost-effective model for growing nutrient-rich crops for personal/community consumption to promote good health and well-being. This helps tackle both under-nutrition and over-nutrition by adopting a sustainable life cycle approach.

Any nutri-garden project has to be executed in a phased manner, with children being the primary participants. In the 1st phase, the project should be undertaken in a few government schools and Anganwadi Centres (AWCs) across a district, to encourage local availability of diversified vegetables for mid-day meals/hot cooked meals. The implementation of nutri-gardens would also require an inter-departmental convergence with agriculture, horticulture and other related functionaries to enhance nutritional literacy among students, making them understand the basis of choice of crops (based on season and topography) and their nutritional content. 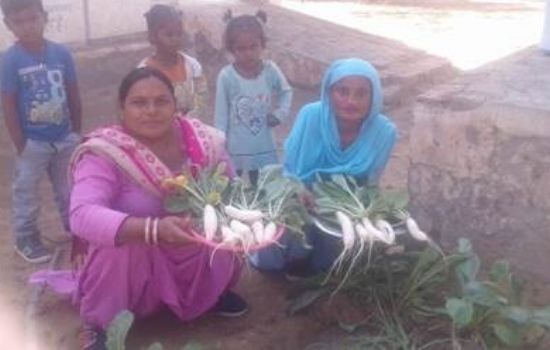 Anganwadi staff and children working together at the Nutri-garden

Based on the outcomes and learning from the pilot, the project should further be scaled-up to all government schools and Aanganwadi centres (AWCs) in the district. For instance, the nutri-garden project in Sriganganagar started with mere 6 AWCs on a pilot basis under POSHAN Abhiyaan, has now mushroomed into 130 AWCs and 450 Govt. schools in the district.

Under phase 2, this concept could be extended to private schools, which could adopt the culture of nutri-gardens by creating nutri-clubs as part of extra-curricular activities and promote organic farming as part of the curriculum under learning by doing approach. The nutri-garden could, therefore, act as a place where children can learn a lifelong skill of growing their food. In the future, it will also empower them to explore environmental concepts and actions beyond the confines of a syllabus or curriculum (MHRD, 2019).
The intended outcome of such a project would be:

·Promotion of safe and healthy eating habits among students

·Ensuring an inexpensive, regular and handy supply of fresh vegetables, which are basic to nutrition

However, there are some potential roadblocks which also need to be factored in. These include:

·Lack of availability of vacant land, water and other necessary infrastructure to create a nutri-garden.

·Difficulty in bringing government functionaries on a single platform to effectively implement the concept.

However, if handled right, this could be a game changer in the way we as a nation approach the major challenge of ensuring proper nutrition, and it is therefore critical that all the
stakeholders involved give this concept an opportunity to prove itself.