Home Story Can Magic Millets Provide A Solution For Malnutrition? 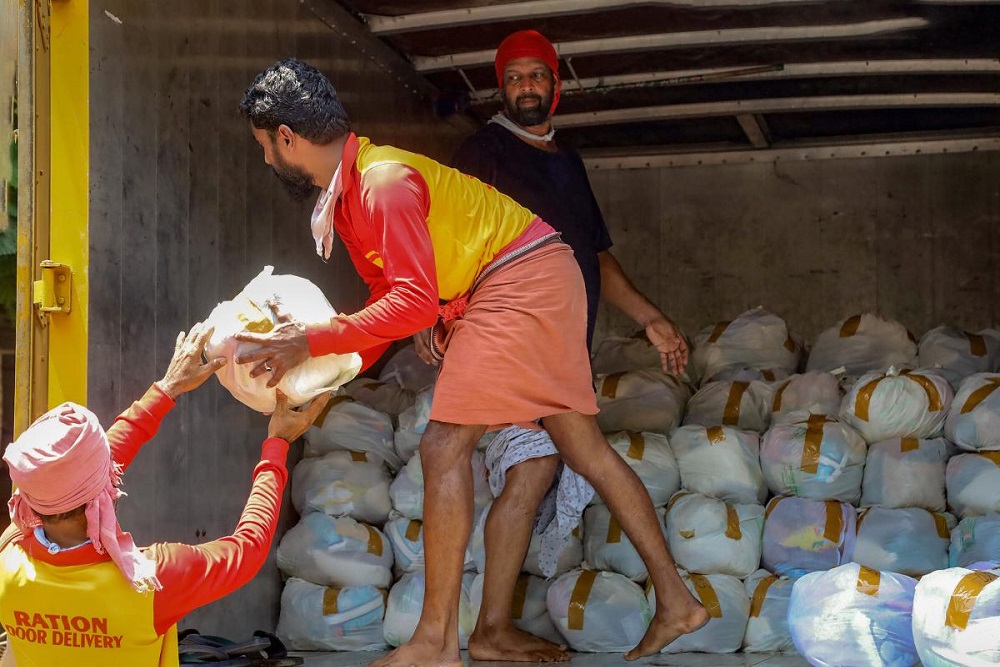 Can Magic Millets Provide A Solution For Malnutrition?

India’s rich legacy of varied and healthy foods has been systematically marginalized with the untamed commercialization of agriculture. Over time, consumer choices for easy, processed, and convenience foods replaced the traditional diets, beset by affordability and market availability, irrespective of socioeconomic boundaries equally for the rich as well as poor. As a result, in the last few decades, the production and the subsequent consumption of traditional crops like millets have decreased significantly. There is a generational gap in the knowledge and preparation of traditional foods using millets. The drastic dietary shifts and life style changes have significantly contributed to the growing malnutrition and other non-communicable diseases. India is facing the triple burden of malnutrition – undernutrition, obesity and micronutrient deficiencies. The recent NFHS-5 data is a witness to it and indicates average 1% of increase in child undernutrition across categories – underweight, severe wasting, stunting, and anemia – in over 17 states with variability, while 20 of the 22 states surveyed inclining towards overweight at the same time.

With almost stagnant malnutrition rates and increasing awareness about its causes and consequences, there is also an increase in demand of nutritious foods to address the public health challenge of global burden of childhood morbidities and mortality caused by it. Eventually with the realization of the importance of traditional foods, millets are gaining attention for their nutritional value and resilient production in the areas of water scarcity or the areas dependent on rain-water only. Evidence has shown that scientifically prepared traditional foods using millets and pulses can significantly improve key nutritional parameters among children and women. Millets are nutria-cereals comprising Sorghum, Pearl millet, Finger millet (major millets) Foxtail, Little, Kodo, Proso and Barnyard millet (minor millets). These are one of the oldest foods known to humanity and are highly nutritious, non-glutinous and easy to digest. They contain high amounts of dietary fiber, B-complex vitamins, minerals, essential amino and fatty acids and vitamin E. These grains are high in complex carbohydrates, with protein content varying from 6 to 11 percent and fat varying from 1.5 to 5 percent.

It’s encouraging to see that the Government of India and various states like Karnataka and Odisha have led the cause to improve consumption of millets and make it a popular food choice. The Government of India designated 2018 as ‘National Year of Millets’ and initiated a millet mission to promote ‘nutri-cereals’ all across the country. NITI Aayog recently announced a pilot to include millets in the Integrated Child Development Services (ICDS) and MDM schemes across the country.

The state of Madhya Pradesh which has always been at the forefront to fight malnutrition is striding ahead to promote locally grown millets and its inclusion as part of supplementary nutrition program (SNP). The inspiration for this initiative can be traced back to a project, Tejaswini Rural Women's Empowerment program, initiated in 2013 in the Dindori district of Madhya Pradesh. Dindori district, part of the semi-arid region of the state, is known for its traditional millet variants, "Kodo” known as Dutch Millet and "Kutki", Little Millet, are climate resilient crops culturally prioritized for cultivation in this region. Due to loss of demand for millets at the expense of manipulative market forces pushing farmers more towards cash crops, excessive re-use of crop as seed and subsequent low quality of production, the region is suffering to have lost the appetite to produce millets. Even though reviving the production of Kodo & Kutki is not easy, as the return on these crops has been very low compared to other crops that are grown in the area, the Tejaswini Nari Chetna Mahila Sangh federation and SHG members in Dindori district have taken the initiative to revive the cultivation of these nutrient rich crops. Their journey started from identifying farmer issues with respect to technology, production and marketing that led to training and mentoring of farmers to adapt mix of modern and efficient agricultural practices. A full proof marketing plan was put in place involving setting up of village-level collection centres to eliminate the role of intermediaries and helping the SHG farmers receive better prices with benchmarking of rates across the district. Their produce is packaged and branded as ''Bharti'' and is registered by FSSAI for sale through agro-fairs, display of samples in shops, MP tourism hotels and wholesale buyers. The strong collaboration and hard work at all levels yielded results. The initiative which started off with 1500 farmers has now grown over to 17130 farmer families from 250 villages of Dindori district and so has the profits of farmers and federation grown substantially. Improved agricultural practices have also helped to reduce the drudgery for local women involved in millet production sparing them with more time and energy for child and self-care.

The success of reviving and up-surging production of Kodu and Kutki encouraged the federation to innovate with marketing strategies. Acknowledging the high nutritional value of Kodu, the federation in 2017 supported its wider use for improving nutritional status of children in their area where malnutrition was high in under five children with wasting in 27%, stunting in 46%, underweight in 47% and anemia in 67% children (NFHS 4 data). An agreement was made with the Department of Women and Child Development supporting provision of nutritious Kodo bars/barfis for breakfast in Anganwadi centres. The Tejsawani program supported federations to develop a business plan establishing supply-chain of Kodo bars/barfis and sought support from the ICDS department under the MWCD to undertake the activity. Since ICDS mandates to have set nutritional requirement in the breakfast items, a recipe for Kodo bars/barfis was developed under their aegis, which has been clinically tested meticulously for its nutrient content at NABL certified labs in Hyderabad, ensuring appropriate standards of taste and quality of the supplementary nutritional supplies. The Kodo bars/barfis contain 33.4% Kodo/Kutki Millet, 16.7% Soybean, 11.6% Ghee, 25% Jaggery, 5% Peanuts, 8.3% sesame. The federations procure most of these ingredients locally without heavily relying on outside markets for production and supplies. Each bar/barfi supplied to AWC weighs 35gms and provides 3.8% protein, 6.7% fat, 19% carbohydrate and 152 calories. The shelf life of a Kodo bar/barfi is one month.

The Kodo bars/barfi are supplied by the federations to each Anganwadi center at a minimum price of 3 Rupees per bar packaged in plastic containers, maintaining adequate supplies lasting for one week at the most. Currently the federations in Dindori district are supplying Kodo bar/barfis to three ICDS projects and anecdotal evidence suggested increased attendance and weight gain in children at the AWCs due to consumption of the Kodo bar/barfis. These early sustained results are helpful to scale this intervention, wherein the plan is to expand to 15 other ICDS projects in Shahdol, Umariya, Jabalpur, Anooppur, Mandla and Balaghaat districts. The ICDS with support of the federations has initiated distribution of other ready to eat (RTE) food made from Kodu Kutki i.e. Kodu Cookies, Kodo Barfis, Kodu Namkeen to 3-6yrs children attending AWCs in all ICDS projects of Dindori district and the same is being explored in the selected districts. Starting from one federation, today seven Tejaswini federations have been formed with increased procurements reaching up to 22600 quintal Kodu Kutki grain from their 34 SHG collection centers across the Dindori district.

This local innovation has created a sustainable model of development to counter the menace of malnutrition in children by popularizing use of traditional farming and feeding practices. It has also proven to improve local supply-chains with appropriate engagement of women-led self-help groups. In the making of Atmanirbhar Bharat, self-reliant India, Tejaswini federation of Dindori district has certainly achieved a remarkable milestone.