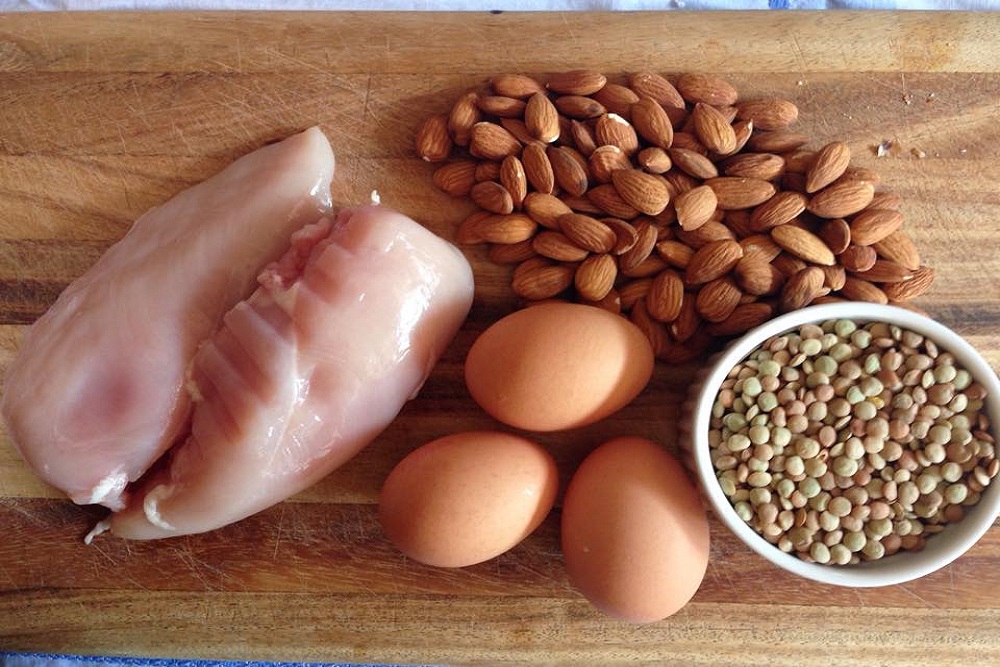 Busting Some Myths During Protein Week

A recent survey reveals that about 70% of Indian women wrongly believe proteins are hard to digest and lead to weight gain.

Food misinformation is a major under-debated challenge lurking in our society today. Since food is a common and highly emotive activity for every human being, misinformation and fake news about nutrition can spread like wildfire amongst people. Protein is one such nutrient which is subject to several misconceptions, as shown by a recent study commissioned by the Right to Protein Initiative to understand the underlying belief systems which drive protein deficiency in India.

Also Read| Protein Week, And Why It Matters

The survey identified several myths overshadowing protein consumption in Indian households, thus leading to protein-deficient food choices. Over 70% of the mothers surveyed held incorrect beliefs that protein is hard to digest, leads to weight gain, is unaffordable and is only required by physically active people. Associated myths that emerged include beliefs that protein should only beeaten at breakfast and avoided at night. As a result, such beliefs are directly influencing a conscious under-consumption of protein in the daily diet. For example, over 85% of the mothers agreed that they would value carbohydrates and vitamins over protein consumption. They also agreed that it was more important to control calories rather than consume protein.

The study clearly points us to the direction of there being a prevalent sense of confusion about protein, revealing that misinformation and misattribution are some of the driving indicators of protein deficiency in India. Misinformation effects in India get significantly complicated in their nature because of the inherent diversity of Indian states across the subcontinent. With beliefs on food and nutrition changing every thousand kilometres, the misinformation effect gets more pronounced, especially for nutrients like protein, that have traditionally been overlooked as an important component of daily meals.

While traditionally knowledge related to food was handed down within families from generation to generation, today with the advent of the internet, three major channels have emerged – first, through ubiquitous messenger services where information is unchecked and unsourced and can affect a large number of people who believe it to be credible; second, through social media platforms where people with a large follower base can very easily communicate partially true and untrue facts to thousands of people; and third, through well-researched and reliable sources such as books and blogs written by certified nutritionists, dieticians and doctors. The last two are relatively more accountable, but the fact remains that there is no dearth in the availability of information about nutrition across the world-wide web which makes it a challenge to know what piece of information is correct and what isn’t.

With so many deeper challenges acting as a barrier to protein consumption in India, there is an urgent need for an intervention to correct the knowledge, perception and diet practices of Indian households on protein.

At an individual level, we first need to give protein its due credit for the role it plays in our overall health, growth and immunity. One must move beyond the notion that our staple diets are enough to meet our daily protein requirements. In fact, correctly identifying easily available, sustainable Indian sources of protein-rich food sources is a start. Contrary to popular beliefs as also verified by the study, consumption of both plant and animal sources of protein should be encouraged. In India, where regular consumption of non-vegetarian protein sources may not be possible for many, plant proteins like soy, pulses as well as plant-based meat alternatives can become a major source of the macronutrient.

Protein deficiency in India is not just an awareness challenge but a result of conscious under- consumption which demands well-designed solutions which are positioned to create a behavioural change in the consumer mindset towards protein to bridge the gap between knowledge and practice, with informed perceptions. In fact, earlier studies like this highlight areas for action such as mass education and initiatives around protein accessibility, that can help accelerate reduction in protein deficiency in India.

Recognizing the issue at hand and acknowledging the protein paradox in India is a step towards developing tangible solutions to reverse this trend. But, it will take the collective efforts of nutritionally aware citizens, institutions, industry players and most importantly, the government to pave way for a protein sufficient India.

(The author is a Nutraceutical Expert and Director of NutriTech India.)