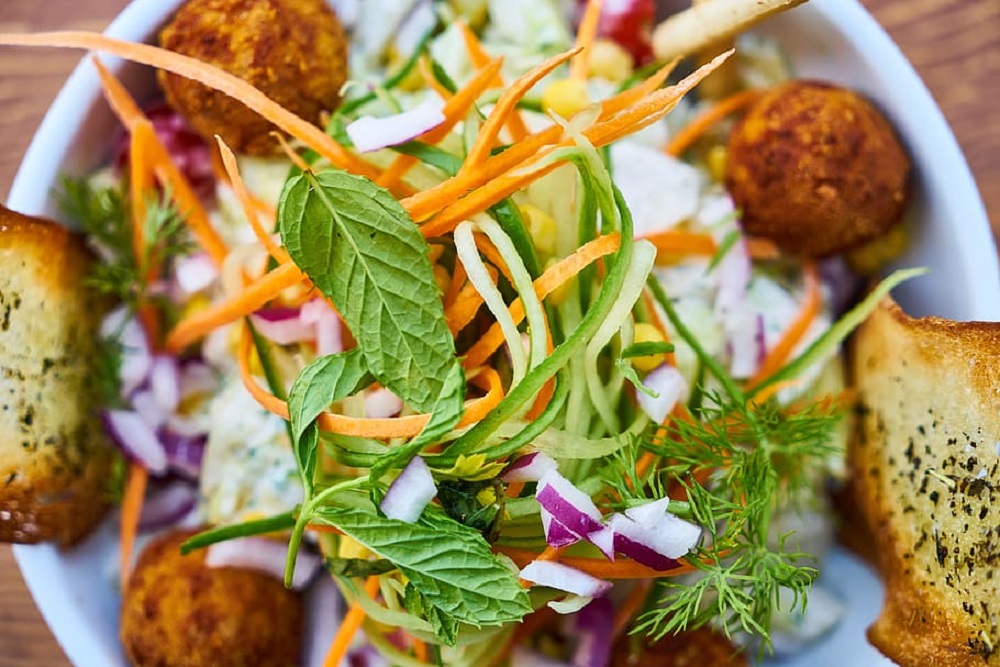 Deadly heavy metals such as mercury and aluminum are seeping into our food chain. And they could cripple or kill us.

Food is the essential component responsible for the existence of every single living being on this planet. It comprises several macronutrients and micronutrients, that help in carrying out our daily metabolic and physiological functions. They impart the ability to fight against several diseases and infections. Heavy metal accumulation and toxicity has significantly increased due to an increase in anthropogenic activities, industrialisation and urbanisation. Mobilisation of heavy metals like lead, cadmium, mercury, arsenic and nickel is found to be the most dangerous form of pollution (air, soil and water pollution), and ultimately leading to contamination of food stuffs. India since many years has seen rise in pollution levels and indiscriminate human activities for the sake of development. Ever-increasing demand of food security has led to the unplanned use of fertilisers and pesticides, resulting in degradation of the prosperity of humans and animals

Metals that possess a specific density of more than 5 g/cm3 can adversely affect the environment and living organisms. They are essential to maintain various biochemical and physiological functions in living organisms when in very low concentrations, however they become noxious when they exceed threshold concentrations. These metals possess major threat due to their property of bioaccumulation and biomagnification. Bioaccumulation is the condition when an organism absorbs a toxic substance at a rate faster than that at which it is lost by catabolism and excretion. For example: bioaccumulation of methylmercury occurs in the aquatic animals. Biomagnification (bioamplification) , is the increasing concentration of a substance, such as a toxic chemical, in the tissues of organisms at successively higher levels in a food chain. It keeps on increasing from producers to tertiary consumers. Toxicity depends on dose, route of exposure, and chemical species, age, gender, genetics, and nutritional status of exposed individuals. Examples of heavy metal include Aluminum, antimony, arsenic, bismuth, cadmium, chromium, cobalt, copper, gallium, gold, iron, lead, manganese, mercury, nickel, platinum, selenium, silver, thallium, tin, uranium, vanadium, and zinc.

Heavy metal is a global threat that needs to be addressed. The severity of this lies in the fact that it occurs through multiple sources, and identifying a single source is quite impossible. It is omnipresent throughout land, air, water, and food. Some of the major heavy metal sources include mining activities, industrial discharge, atmospheric deposition, agrochemicals and waste disposal from sewage, landfill. Not all heavy metals are harmful. Elements like cobalt, copper, zinc and iron are required for various metabolic functions in the body. Detrimental ones include mercury, cadmium, lead and arsenic. These harmful metals lead to enzymatic activity in the body, inhibit protein synthesis, cross the cell membranes and accumulate in critical organs, like the kidney and brain. Therefore, there is an urgent need to assess and regulate the human exposure to these metals through several mechanisms like inhalation, from food crops, through water and absorption through skin. These metals can stay in the soil for more than thousands of years, there is no safe dose for them. Even at low concentration they are lethal.

Aluminium is associated with Alzheimer’s, Parkinson’s disease, senility and dementia. Arsenic exposure can cause cancer, abdominal pain, and black foot disease. Cadmium exposure causes kidney damage and hypertension. Lead and mercury may lead to joint diseases, kidney problems, and could also pose threat to our circulatory system and nervous system. Lead is used in paints, pipes, ceramics and dishware. Mercury is considered to be the oldest poison. Mercury poisoning occurred in 1957 in Minamata bay, Japan, when an industry released methyl mercury into the bay. This bioaccumulate in shellfish and biomagnified in fish, that was the staple diet of the local human population. It was named Minamata disease, causing severe damage to the central nervous system. Another major incidence was also documented in Japan due to cadmium poisoning, Itai- Itai (crippling disease), which caused bone fracture. This cadmium was released through mining activities. Arsenic is found in pesticides, herbicides, Combustion of coal mining, smelting of gold, silver, lead and copper. It causes skin rashes, numbness in hands and feet and cancer. It affects people of all age groups.

Thus, keeping in mind the perilous impact of these heavy metals, several health organizations like WHO, FSSAI, European Union, FAO, Codex Alimentarius have issued regulations regarding their permissible limits in food as well as water. There have been several studies conducted to evaluate the presence of these heavy metals in soil, agricultural crops, air, water and different stages of food processing. There are measures to protect ourselves from the exposure of these metals.

One such measure is organic farming, which excludes the use of synthetic inputs, such as fertilizers, pesticides, hormones, feed additives etc., and to the maximum extent relying upon crop rotations, crop residues, animal manures, organic waste from farm, mineral grade rock additives and biological system of nutrient mobilization, and plant protection. Sikkim is the first country in the world to attain the status of a completely organic state, promoting kitchen gardening at your households and proper washing of fruits and vegetables in potable water. One should drink plenty of water, consume fermented foods like probiotics,increase antioxidants in the diet by consuming different colours of fruits and vegetables.

These heavy metals should be subjected to mandatory monitoring due to their toxicity and possible bioaccumulation. Even in the smallest amount their consumption could be harmful. Strict laws and regulations should be enacted by the government to keep a check on the level of contamination of these metals in the foodstuffs. The goal should be to encourage sustainable development of mankind which not only focuses on the well-being of current generations but also looks after the need and resources for the upcoming generations as well. It could be possible only if every citizen of the world works towards upliftment, so that our earth could still be a better place to live in.

(The author is currently pursuing her PhD in food science from the Department of Food Engineering and Technology, Institute of Chemical Technology, Mumbai)