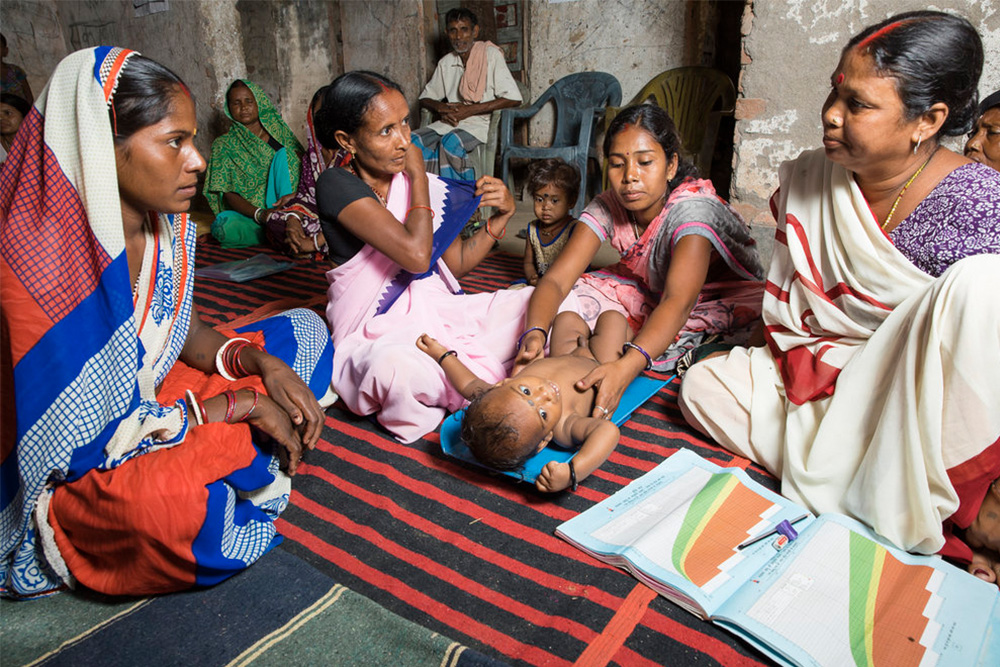 Ushering in behaviour change to reduce undernutrition, hidden hunger and non-communicable diseases can help build back a healthier nation

India faces a unique problem today. The country is facing a high prevalence of undernutrition along with a rapid increase in obesity and Non-Communicable Diseases (NCDs) like diabetes and cardiovascular disease.

India has the highest number of undernourished children in the world. According to the NFHS-5 report (2019-21), 35% children under 5 are wasted (low weight-for-height), considered as the visible and life-threatening form of malnutrition. The situation worsens when viewed from a gender lens. Nearly half (40%) of adolescent girls are anaemic compared to only 18% boys. This further worsens in adulthood. More than half of the women (57%) suffer from Iron Deficiency Anaemia.

A major reason for severe undernutrition among Indian children is unawareness about undernutrition, which starts in the womb. This is majorly caused by poor nutrition in women before and during pregnancy. Undernourished adolescent girls have a greater likelihood of becoming undernourished mothers, who in turn are more likely to give birth to low-birth-weight babies, perpetuating an intergenerational cycle of malnutrition and poverty. This cycle gets intensified when adolescent girls begin childbearing before they have grown enough.

Paradoxically, NFHS-5 also reported a rise in overweight and obesity (24%) in women. The Comprehensive National Nutrition Survey (CNNS) 2016 shows that more than half of the 5–19-year-olds show biomarkers of NCDs (diabetes, hypertension, cardiovascular diseases and cancers). According to the Global Burden of Disease study (2017), ischemic heart disease is increasing more rapidly among women than men and there is sex-associated convergence. This is associated with a greater increase in overweight, diabetes, tobacco use and periodontal infections in women.

There is emerging evidence that diabetes also occurs in normal or underweight individuals, especially in Low and Middle Income Countries. Further, conditions such as high blood pressure, high fasting blood sugar levels and obesity are closely linked to poor diets (low intake of fruits, vegetables and whole grains) and an excessive intake of sugars, saturated fats, trans fats and sodium. In turn, their excessive consumption is largely driven by the widespread availability, affordability and promotion of processed and ultra-processed food products.

Gender norms combined with issues such as poor education, financial crunch, rapid urbanisation, sedentary lifestyle and nutrition habits cumulatively result in a high adverse impact on women. At an individual level, women tend to neglect their own health over the health of their family members. Similarly, when it comes to women’s health issues, programmes focus largely on reproductive health while cancer and heart health are often neglected.

The good news is that while the numbers are daunting, the solutions are not only known, but are also implementable. In 2017, the World Health Assembly endorsed a package of 16 affordable, cost effective and evidence-based NCD interventions known as the NCD Best Buys. They focus on addressing the major NCD risk factors like tobacco use, harmful alcohol use, unhealthy diets and inadequate physical activity for management of cardiovascular disease, diabetes and cancer.

For example, it focusses on reducing salt intake through the reformulation of food products to contain less salt through behaviour change communication and mass-media campaigns and through the implementation of front-of-pack labelling (FOPL). FOPL enables consumers to identify in a quick, clear and effective way products high in sugar, sodium, saturated fats and trans fats.

Another Best Buy by the WHO is to implement community-wide public education and awareness campaigns for physical activity, aimed at supporting behavioural change around physical-activity levels. India’s National NCD Monitoring Framework also mentions health promotion through behaviour change. For adolescents, it recommends school-based programmes that integrate good dietary practices and exercise in their daily routine.

Creating a virtuous cycle of nutrition for women’s health

In order to reduce the risks of NCDs among the entire population, there is a need to empower women by preventing pregnancies too early, too often and too close together, and to be adequately nourished during conception and pregnancy to avoid foetal stunting and low-birth weight babies.

Secondly, there is a need to empower adolescent girls in school and out of school by creating awareness on the importance of nutrition during the growing years.

Thirdly, the consumption of unhealthy foods like processed and ultra-processed foods with high salt, sugar and fat content needs to be reduced immediately across all age groups and gender groups. A multi-sectoral and collaborative design can help set in a virtuous cycle of nutrition to improve health.

The government has already built a huge infrastructure and network of frontline workers across the country to provide health services. All we need is collaboration and partnerships between non-profits, civil societies and private organisations to strengthen the existing structure and infuse change in the mindset for behaviour change to reduce undernutrition, hidden hunger and NCDs. It is time to build back a healthier nation by promoting responsibility, accountability and collaboration across all stakeholder groups.

(Swati Saxena and Meghana Pasi work at Arogya World, which promotes initiatives like MyThali to sensitise urban women on the importance of a balanced diet for optimum health.)