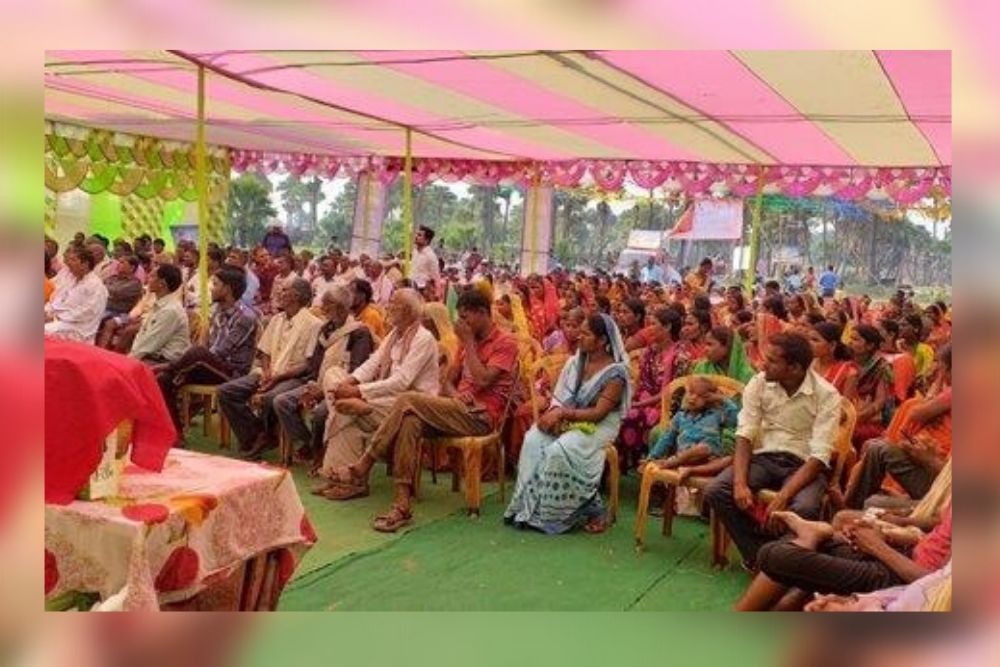 Advancing Nutritious Food Crops: The Role of the Public Sector

The public sector plays a vital catalytic role, through enabling policies and programs, in ensuring that biofortified crops like iron pearl millet, zinc wheat, and zinc rice reach the most vulnerable populations to address the problem of ‘hidden hunger’.

In late 2019, hundreds of farmers gathered at events in the Buxar and Gaya districts of Bihar State to learn about two wheat varieties being launched in the market. The farmers received sample packs of these “biofortified” wheat seeds, which were conventionally bred to be high in zinc—an essential mineral for good health.

The varieties are also high yielding and disease resistant, making them competitive for cultivation. In addition, they retain their high zinc level harvest after harvest, providing nutrition over the long term after an initial investment in crop development. When eaten as a regular part of the diet, biofortified wheat can provide up to 50 percent of daily zinc requirements.

Zinc wheat is expected to reach more than one million farming households in Bihar in the next five years, promising positive health impacts in a state where zinc deficiency contributes to India’s highest rates of stunting. Zinc deficiency also leads to loss of appetite and weakened immunity, which increases the risk of contracting diarrheal diseases and respiratory infections. The World Health Organisation (WHO) estimates that nearly four in 10 Indian children under the age of five are zinc deficient. 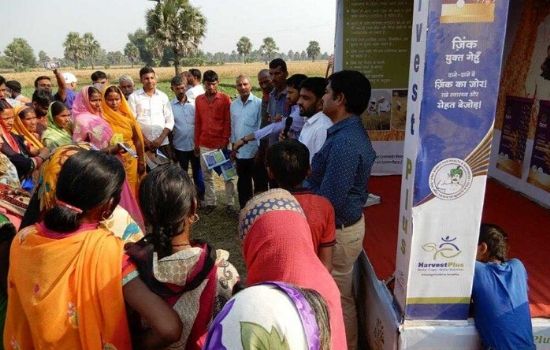 India’s smallholder farming families and other low-income rural residents are particularly vulnerable to mineral and vitamin deficiencies—a condition known as “hidden hunger”—because their diets tend to be dominated by nutrient-poor staples. This is because they cannot afford to buy more-nutritious foods such as fruits, vegetables, and animal-source foods. Typically, this segment of society does not normally benefit under food fortification and supplementation initiatives of the government.

Since 2004, HarvestPlus has been supporting several cross-sector alliances that advance zinc rice and zinc wheat, high-iron pearl millet, and other biofortified crops in India as natural, practical, and cost-effective approaches to addressing hidden hunger. For example, the development and distribution of zinc wheat has involved the Indian Council of Agricultural Research (ICAR), State Agricultural universities, the International Maize and Wheat Improvement Center (CIMMYT), seed companies, and non-governmental organisations. All work together to generate impact.

The public sector plays a vital catalytic role, through enabling policies and programs, in ensuring that biofortified crops reach the most vulnerable populations. For instance in 2018, the ICAR-AICRP (All India Coordinated Research Project on Pearl Millet ) established minimum levels of iron and zinc to be bred into national varieties of pearl millet. The Indian government further mandating the inclusion of millets in the Public Distribution System (PDS). Inclusion of iron pearl millet in the PDS—as well as zinc wheat and zinc rice—would help increase the nutrition component of the subsidized food program and deliver much-needed micronutrients to a large segment of the population.

At the state level, the Bihar Agriculture Road Map 2017-2022 includes promotion of biofortified crops to provide nutritious food to some of India’s poorest communities.

Inclusion of biofortified crops as part of an initiative by the Poshan Abhiyan (National Nutrition Mission), under the Women and Child Development Ministry, to encourage dietary diversity at the community level could be a good initiative. Adding crops like iron pearl millet, zinc wheat, and zinc rice in the midday meal scheme could improve nutritional outcomes for several million children, helping , them develop into healthy, productive adults, while incentivizing farmers to grow them by providing them with a sustainable market.

Do biofortified crops have the potential to significantly impact India’s nutrition and health profile? Yes, according to the widely used Biofortification Priority Index (BPI), developed by HarvestPlus, which ranks the potential for investments in eight biofortified staple food crops in 128 countries in the Global South. According to the BPI, India ranks among top 10 countries which stands to benefit from investment in iron pearl millet, and ranks number 3 for likely benefits from investments in zinc wheat. Biofortification is also a sound investment according to the Copenhagen Consensus with every dollar invested in this technology expected to recoup much as 17 dollars in health and productivity benefits.

Over 10 years of adoption, efficacy, and effectiveness research published in peer-reviewed journals, has shown that, when consumed as a main portion of the diet, biofortified foods measurably improve micronutrient intake, nutritional status, and health outcomes causally associated with vitamin A, iron and zinc.

HarvestPlus has worked with ICAR, the International Crops Research Institute for the Semi-Arid Tropics (ICRISAT), and others to develop high-iron varieties of pearl millet, of which six hybrid varieties and one open-pollinated variety have been released so far. Pearl millet is an important staple in arid and semi-arid regions of India in states like Gujarat, Maharashtra, Rajasthan, and Uttar Pradesh.

Dr. MS Swaminathan, the father of the Indian Green Revolution, has urged that the government should aim to “make every farm a biofortified farm”. It would be one of the most efficient and sustainable ways to deliver essential micronutrients to India’s smallholder farming families. It would not only help them eat better food but also earn more through sale of surplus stocks..

The writer is CEO of HarvestPlus, with over 30 year experience of working in the international agriculture sector, based in Africa, Asia, and the United States