Home Story 1000 Plus Days: A Window Of Opportunity To Improve Health Of Newborn 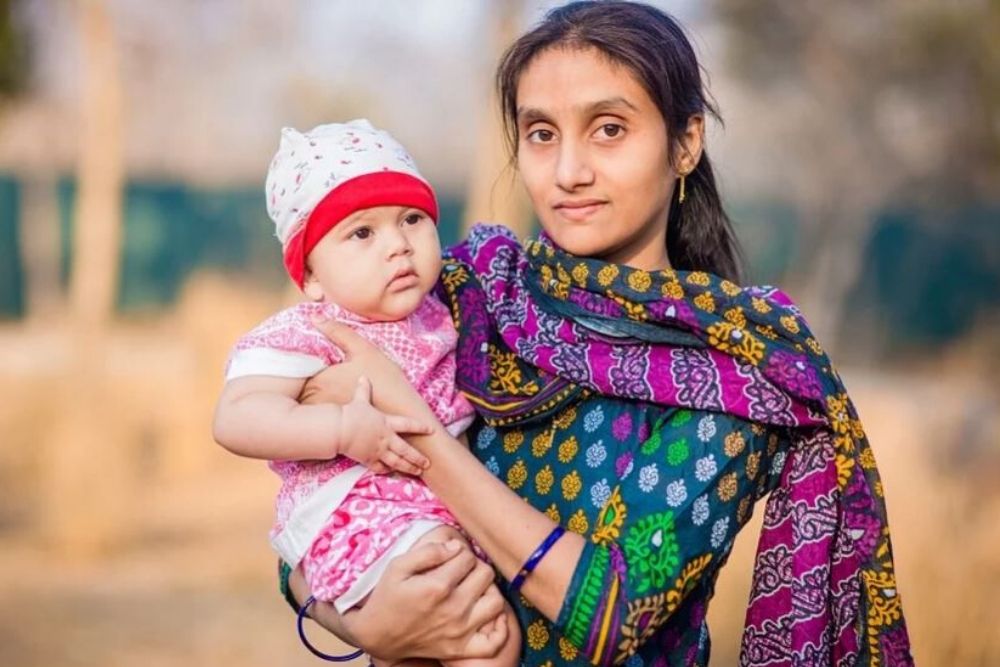 1000 Plus Days: A Window Of Opportunity To Improve Health Of Newborn

Poor health and nutrition status of women are the primary causes of the increasing disease burden in the country. Thus, optimal nutrition and good health status of women is crucial for our population across generations.

In our country, around 50% of women in general and 23% of pregnant women are anemic (hemoglobin<12g/dl) or undernourished (thin) and about 10% have thyroid dysfunction. Also, 30 to 40% women who conceive suffer from hidden hunger - deficiencies of micronutrients such as B12, iron, folic acid, zinc, vitamin A, iodine and so on. Studies have shown that women who weigh less than 43 kg are three times more likely to give birth to a low birth weight (LBW < 2.5 kg) infant.Every 1kg increase in pre-pregnancy weight of the woman helps her future baby. Hence, programmes aimed at improving nutrition status of children will have the greatest impact if they address maternal nutrition before conception. It is estimated that there will be a return of 16 rupees for every rupee invested on nutrition of young girls before they are married.

Impaired nutrition and health of young women will have irreversible consequences on their children. The first 1000 days initiative aims to address this issue, but poor nutrition and health of women cannot be tackled effectively during pregnancy alone, hence the preconception stage, when women are planning for pregnancy, should be targeted and these women should be screened and treated to achieve optimal growth (prevent low birth weight, stunting, wasting) and health potential of their children.

Sub-optimal growth and development of children during early phase (foetal life) predicts many short and long-term consequences. These children are likely to suffer from infections, do poorly in school, have low cognition, low earning capacity as adults and contribute to the intergenerational transmission of poverty. As adults, these children are more likely to develop non-communicable diseases like diabetes, hypertension, stroke and heart attacks. 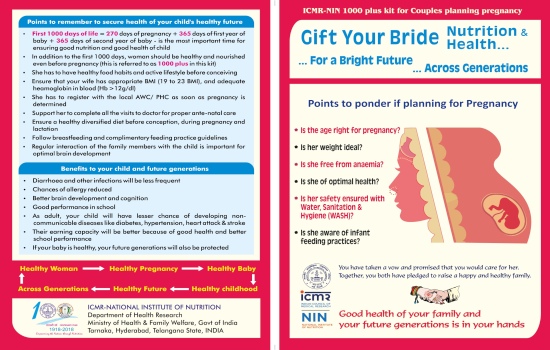 From 1990 to 2016, deaths and disability adjusted life years (DALY) due to diabetes, hypertension, stroke and heart attacks have increased in India. Maternal and child malnutrition contribute to 17.3% of total DALYs; while unhealthy diets contribute to 56.4% of total cardiovascular diseases (CVD) DALYs in India.

All these issues can be addressed by improving health and nutrition status of women before pregnancy, and of course increasing literacy among women in general. With India’s population estimated around 137cr (2019), female population aged 18-30 yrs was around 10% (13.7cr), of which women planning for pregnancy was around 40% (5.5cr).

Of the 5.5Cr women planning for pregnancy, 1.7 Cr are covered under Anganwadi centers (AWC- 2018-19 ICDS annual report). Of the 1.7 Cr, at least 85 lakhs (50% anemic) may require special attention for health and nutrition status.

At least half of these women may require treatment for anemia for which no additional expenditure is required- as programme is already in place to prevent anemia, but these women may require multiple micronutrient (MMN) supplements. Also, 23% (39.1 Lakhs young women) and 10% (17 Lakhs young women) are underweight (roughly less than 45 kg body weight) and have thyroid dysfunction respectively.

Taking the food cost, as per the existing norms (Rs 9 per women per day in Telangana state), the additional food cost for the recently married eligible thin women (39.1 lakhs 18-30 years age group women) planning for pregnancy would be approximately Rs 3.52 Cr per day under the ICDS programme.

Considering 300 days supplementation, the expenditure would be Rs 1,056 Cr. annually. Thus, an additional amount of Rs. 1,226 Cr (for screening (Rs. 170 cr) and supplementation (Rs 1,056 Cr)) may be allocated to improve not only birth weight, stunting, wasting, etc., but also to avert long term effects such as diabetes, hypertension, ischemic heart disease, stroke, etc., which will reduce immediate and long term healthcare expenditures of the country. Considering the estimated 16 rupees return for every rupee invested, investing 1250 Cr/ annum on nutrition status of young women will yield a benefit of Rs. 20,000 Cr.

ICDS programme is the world’s largest integrated early childhood programme, with over 13.5 lakh centres nationwide. Since its inception in 1975, the programme has matured and expanded extensively over the decades.

The government has been spending thousands of crores (ICDS-Rs 15,000 Cr in 2015-16) for the nutrition intervention programmes, but the improvement in nutritional status of children does not correspond with the investments. This is because impaired nutritional status of women before conception, which is known to influence nutrition status and hence health of the infant, is not being looked into under the ICDS programme.

(The writer is Director, ICMR-NIN)