Home Story The Republic Of Hunger 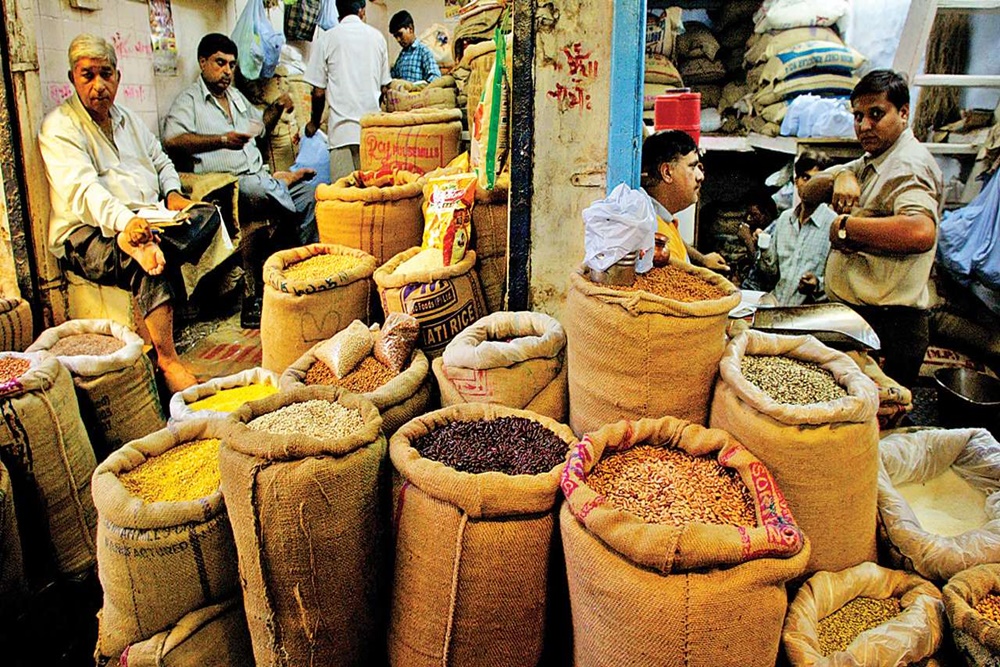 The 2020-2021 budget allocated only 2500 crores and the expenditure was in the region of fewer than 1300 crores covering less than 20% of eligible women.
Column

The Government of India has resorted to introducing grand-sounding schemes intended to hide the Union’s pathetic performance on feeding the poor during the period of Covid.

In a publication from which I have borrowed this title, Prof. Utsa Patnaik after comparing cereal intakes in contemporary India to the colonial period found that hunger had deepened. These findings would probably be even more true today. India has become the hunger capital of the world surpassing the whole of Sub-Saharan Africa put together. What an indictment for the largest democracy in the world claiming to have a GDP of about 6% and having in its granaries 100 million tons of rice, wheat, and millets, the highest reserves ever. Instead of opening the granaries and feeding everyone seeking food, the Government of India has resorted to introducing grand-sounding schemes intended to hide the Union’s pathetic performance on feeding the poor during the period of Covid.

For example, section 4 of The National Food Security Act, 2013 mandates that “every pregnant woman and lactating mother shall be entitled to maternity benefit of not less than Rs. 6,000”. This was enacted because of the high levels of maternal and child mortality, child malnutrition, stunting, and wasting in children. This amount goes towards supplementing nutrition during the critical period of childbirth. 2.4 crore women become pregnant every year. Thus the allocation and disbursement of maternity benefits ought to be 14,400 crores. This section of the Act was never implemented. Deliberately so. The 2020-2021 budget allocated only 2500 crores and the expenditure was in the region of fewer than 1300 crores covering less than 20% of eligible women. God knows how many poor women and children died or became severely malnourished during the period of the Covid. Then the conditionalities imposed were the last nail in the coffin. Pregnant women less than 18 years were excluded even though the victims of child marriages needed nutrition the most. The Union restricted this maternity benefit to the firstborn as if other children did not need nutrition. The benefit was reduced despite the clear requirement in the statute from Rs. 6,000 to Rs. 5,000. Another condition was that the delivery had to be institutional, but only 79% of births are institutional. For deliveries at home in remote parts of the country, no maternity benefit was paid. If the woman did not register the pregnancy during the first 3 months she was excluded. If the birth was not registered the woman was excluded. Registration in India stands at 72%. Thus a large section of women mostly poor and illiterate are today excluded from maternity benefits despite a wonderful statute.

Then the cruelest act of them all; Government of India closed down 14 lakh Anganwadi Centres even though they ought to have been exempted from the lockdown being an essential service. 10 crore pregnant women, lactating mothers, adolescent girls, and children up to 6 years found themselves without hot cooked meals. They had to make do with miserable “dry rations” erratically supplied. Then the Union closed down the midday meals for 12 crores school-going children despite the decision of the Supreme Court in the Swaraj Abhiyan case that such meals should be given even when the schools are closed to all children including children of migrant workers. The war against hunger became a war of the State against the hungry.

While the government followed its usual strategies in Court to muddy the waters by referring to multiple new-fangled schemes diverting attention from the Food Security Act, the Courts in India were almost uniformly ineffective. Almost detached. The order of the Supreme Court of January 2021 ordering the reopening of the Anganwadis though well-intentioned was worded in ineffective language and was never implemented. Judges must venture out of their homes, brave the Covid storm as activists routinely do, feel anger in their hearts when they see deaths by starvation; only then will they deliver judgments from their hearts. Judges occupy the highest constitutional posts requiring them to deliver justice quickly and without ifs and buts. The constitutional responsibility which comes along with the power, demands it. This timid approach when people are dying can no longer be countenanced.

The result is starvation; caused not by Covid but by politicians who ought to be in jails rather than in Parliament and Assemblies. In 2018, Santoshi a 13-year-old tribal from Jharkhand died of starvation because the family’s Aadhaar card was not linked with the ration card. Her mother Koili Devi filed a petition in the Supreme Court drawing attention to starvation deaths happening all across India. Like so many urgent cases pending in the Courts, this case also languishes. In the meanwhile, to add insult to injury, the Prime Minister proudly announced in Parliament that about 4 crores of “fake” ration cards had been cancelled throughout India. But how would the government know when the basic legal requirement of notice to the ration card holder and inquiry before the cancellation was not done in a single case. If this is not playing with the lives of the poor who cannot fight back, what is?