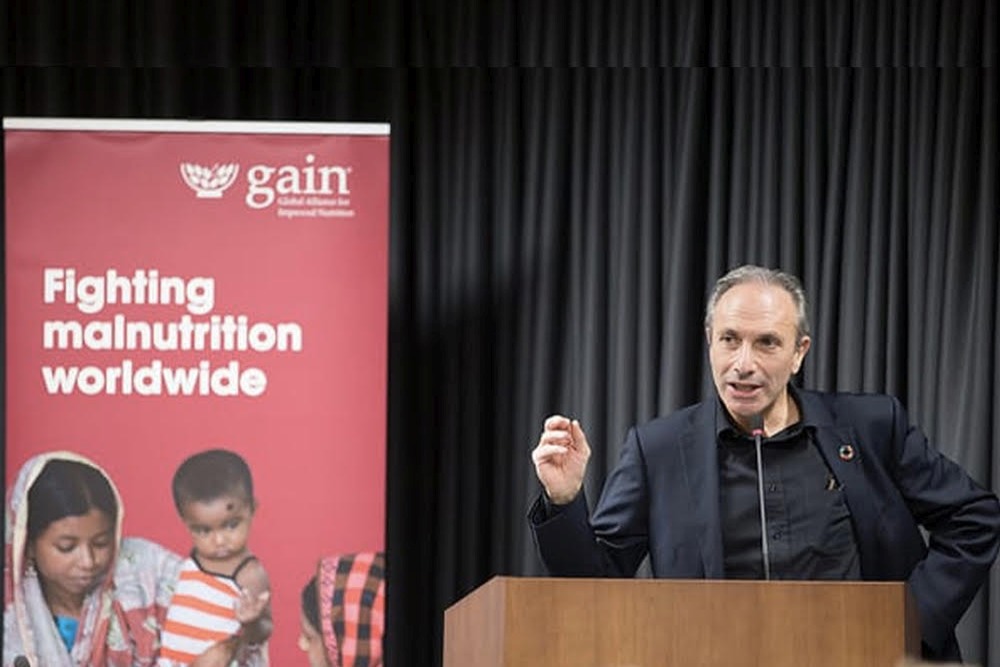 If you have been worried about the skyrocketing hike in onion prices, here is a man who can explain exactly why you need to be concerned.

The story goes back to 2007-2008, when the sudden escalation of wheat, maize and rice prices worldwide triggered a global food crisis. As staple foods became unaffordable, one in six people globally were pushed into severe poverty and hunger. Whatever little resources they had, they spent on daily grains. Nutritious vegetables, dairy and fruits disappeared from the platter. It was a crisis that locked millions into a vicious cycle of undernourishment, disability, disease and death. Particularly vulnerable were women and children in the developing world.

Out of this mess came the realisation that the global nutrition system had failed: nutrition was “everybody’s business and nobody’s responsibility.” A pioneer in food policy research, Lawrence Haddad worked on mobilising political will to make nutrition the focal point of development strategies. He used evidence-based arguments to convince governments, donors, civil society organisations, and research institutions across Europe. Haddad and his team did the math: each dollar invested in nutrition in a developing country yields 16 dollars in economic returns. That means, money spent on combating childhood malnutrition is one of the best investments a government can make—a famous axiom now and, possibly, the reason why malnutrition and hunger are suddenly drawing eyeballs and mindspace.

Many hats of Haddad

Some people elude easy labelling. That’s often because they have the rare ability to wear many hats with equal panache, like Lawrence Haddad—economist, writer, researcher, speaker, administrator—whose interview will be the subject of Outlook Poshan from tomorrow. There’s no one in the nutrition space who would not tip their hat to Haddad: British economist who works on nutrition, co-founder of the Global Nutrition Report, former research director at the International Food Policy Research Institute (IFPRI) and representative to the United Nations and currently Executive Director of the Global Alliance for Improved Nutrition (GAIN).

For those who are not in the nutrition loop, he is the man who, along with Dr David Nabarro (interviewed on our website last month) brought forward the idea that highly nutritious foods are essential for the mother and the child in the critical first 1,000 days of life—the period from pregnancy to a child’s second birthday—for which Haddad and Nabarro won the prestigious 2018 World Food Prize, seen as the “Nobel Prize of Food and Agriculture.” The first 1,000 days of life is the idea that the Government of India has now taken up as the central theme of Poshan Abhiyaan.

Reaching for the stars

In a long-distance interview with Basanta Kumar Kar, recipient of the 2019 Global Nutrition Award and Outlook Poshan Knowledge Partner on all things nutrition, Haddad has shared the influences that shaped his interest in nutrition. Born in 1959 to a family of Lebanese immigrants in Johannesburg, South Africa, he grew up in London, when his family decided to emigrate in1961, fearing the apartheid. His early experiences of relying on state welfare programmes and volunteering with his mother with the Save the Children charity shop, influenced his later work on social protection programmes, the role the public safety nets and the importance of stigma and human dignity in these programmes.

For the rest, lookout for this space. Haddad is the second of the global nutrition stars to be featured in our monthly “Conversation With Stars” video podcast series, with icons and idols who dare to dream and act for a malnutrition-free, hunger-free world tomorrow.