Home Story Millets, The 'Nutri-Cereals' That Could Give Fillip to Mission Nutrition 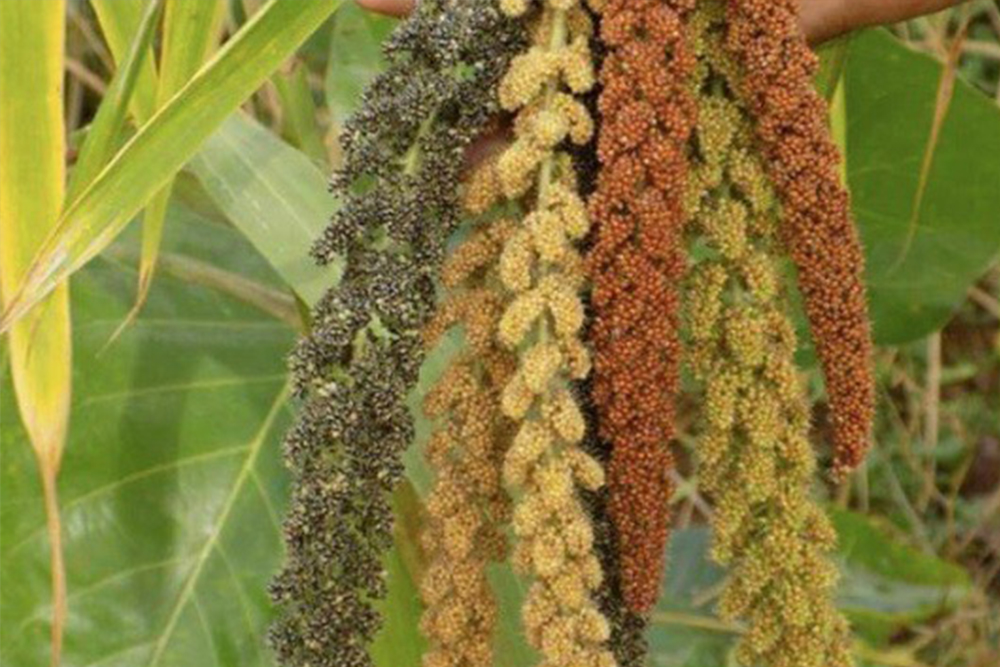 Millets, The 'Nutri-Cereals' That Could Give Fillip to Mission Nutrition

Recognising the importance of millets, the government declared 2018 as the Year of Millets. Tagging millets as nutri-cereals, the Indian government has also approached the UN Food and Agriculture Organisation to observe an International Year of Millets.

Easy to grow and requiring little water, millets are the nutrient-rich cereals that can go a long way in helping India fight malnutrition that affects one third of its children, and help in achieving targets of the governments flagship Poshan Abhiyaan.

The coarse grains, which before the Green Revolution used to be a staple of the people, gave way to rice and wheat in importance. But the “nutri-cereals” are slowly returning to the country’s nutrition basket and on the platter.

Recognising the importance of millets, the government declared 2018 as the Year of Millets. Tagging millets as nutri-cereals, the Indian government has also approached the UN Food and Agriculture Organisation to observe an International Year of Millets. The FAO, EU and African Union have endorsed the proposal, and 2023 could be the year when it is observed, said Dr SK Malhotra, Agriculture Commissioner, Ministry of Agriculture and Farmers Welfare, at an event last week.

According to Malhotra, earlier the focus was on increasing food production, like with the Green Revolution. “But now the focus is shifting to nutrition in food. Nutrition was not considered. Food and nutrition are two sides of the same coin,” Malhotra said at the National Conference on Agri-Nutrition, held on March 15, as part of convergence of ministries to take forward Poshan Abhiyaan.

While horticulture is a very important aspect of nutrition, including fruits, vegetable, herbs, spices and medicinal plants, pulses and millets are also equally important in boosting health. Both rice and wheat require water to grow, but millets need little water and can grow in harsh climatic conditions, he added.

To make millets more attractive to the palate, especially of children, different ways can be devised, like popped millets, or in the form of biscuits, or some savory snacks, suggested Dr Dayakar Rao, Principal Scientist, Indian Institute of Millets Research (IIMR), Hyderabad.

Millets can be had as porridge, in roti or as whole grains in the form of rice or upma.

Millets are highly nutritious, and full of important minerals and vitamins, like Vitamin B, Calcium, Iron, Potassium, Magnesium, Zinc. It is also gluten-free and has a low Glycemic index (GI), making it suitable for diabetics, weight-watchers, people who can’t digest wheat. Millets also are an excellent source of starch, making it a high-energy food, and of protein and fibre.

While Andhra Pradesh, Karnataka, and Tamil Nadu have already taken steps to promote millets, Odisha has set up a Rs 100-crore Millets Mission.

Though farmers have been cultivating major millets such as jowar, bajra and ragi, production has been volatile largely due to concerns over low productivity and profitability. Production of millets stood at 16.14 million tonnes in 2016-17. In April last year, the government decided to distribute millets through the Public Distribution System.

As a part of expansion of ‘Odisha Millets Mission’, which was introduced last March, millets are being made part of the midday meal and Integrated Child Development Services (ICDS) in several districts of the state. The millet meals would be served as Khichdi and Upma.