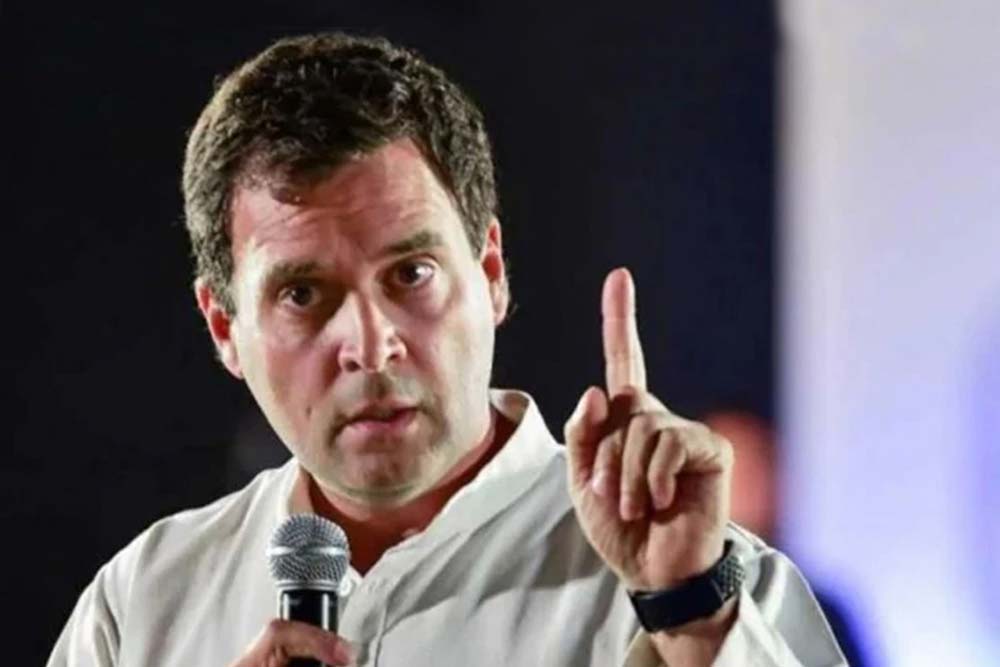 Early morning on May 4, interim Congress president Sonia Gandhi announced that her party was prepared to foot the bill for transporting stranded migrant workers by rail to their home states. The message sent the Centre scampering for cover amid mounting criticism of its apparent decision to charge migrants not just the train fare, but also a surcharge. Within hours, Lav Agarwal, joint secretary (health) at the Centre, told the media that the fare would be split 85:15 between the Centre and the respective states.

From Rahul Gandhi’s February 12 tweet cautioning the Centre against the challenges the pandemic would pose, to scathing criticism of apathy towards migrants and the poor, the nationwide lockdown’s socio-political and economic impact has given the Congress ample ammunition. The ruling BJP had little choice. It had to announce damage-control measures suggested by the 11-member Congress consultative group on COVID-19. “The Centre simply has no plan,” says senior Congress leader Kapil Sibal. “After aggressively dismissing everything Rahul or the Congress suggests, it ends up doing exactly what was proposed, be it testing more people, safety net for MSMEs (micro, small and medium enterprises), or waiving train fares.”

The crisis also seems to have hastened plans to bring Rahul back as Congress president—perhaps soon after the lockdown is substantially relaxed, insiders suggest. Rahul has been rebuilding his portfolio—abandoned only a year ago—for the challenge ahead. “He is more involved with the party now,” says a close aide. “Being in the consultative group was the first indication of his willingness to be back at the helm. He has taken charge of formulating the party’s line on various aspects of the COVID crisis.”

A senior leader says Rahul has been trying to present himself as making “an extra effort to personally gather expert opinion from outside the predictable confines of political drawing rooms”. Rahul has announced a serious of pre-recorded conversations between him and experts on the pandemic and its impact on India. The first, a 28-minute conversation with former RBI governor Raghuram Rajan, was streamed on social media platforms. Rahul’s second guest was Nobel laureate economist Abhijit Banerjee.

Both Rajan and Banerjee have criticised the Centre’s economic policy prescriptions in the past. In his conversation with Rahul, Rajan called for a Rs 65,000-crore package for the poor and Banerjee backed the need for a NYAY-like scheme (mooted in the Congress’s Lok Sabha manifesto) for direct cash transfers. These are reiterations of the Congress line since the lockdown was announced. By getting economists of international repute to back his party’s position, Rahul hopes to send a strong message to people on the government’s inability to feel their pain.