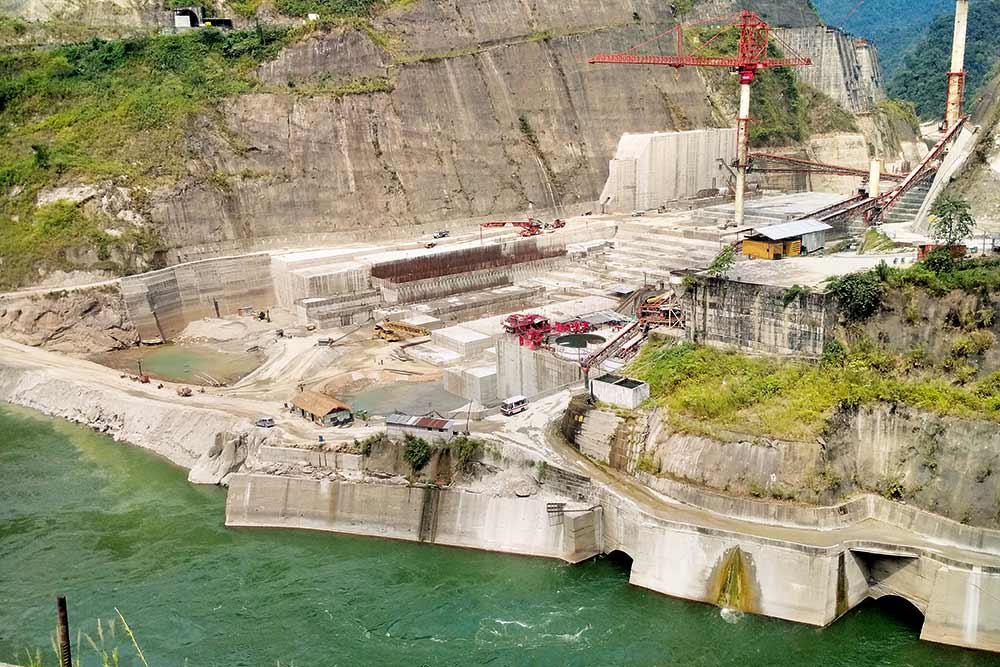 Around October this year, mammoth machines lying idle for eight years whirred to life and workers with hand-held industrial tools resumed work. The stalled and long-delayed Lower Subansiri Hydro Electric Power Project at Ger­ukamukh, situated along the Assam-Arunachal Pradesh border, was back on track; it’s a project the government says will partly solve India’s electricity requirements. But for several organisations, the 2000-MW project in one the most seismologically active areas in the world is a disaster waiting to erupt. Independent exp­erts have been voicing concern over the pot­ential impact downstream of the project on the fast-flowing Subansiri, a wild tributary of the Brahmaputra, where people had been prospecting for gold for centuries. The government says too much time has been lost and, more imp­ortantly, all concerns have been taken care of.

The National Hydroelectric Power Corporation (NHPC), which is executing the project, has its own worries. The project cost has risen from Rs 6,900 crore in 2005 to a staggering Rs 20,469 crore as per current estimates. “Nearly 50 per cent work of the dam, turbines and power house is complete... it would take at least four-working seasons to get the project ready for power generation,” says an NHPC official. “Working season” refers to the winters when the river’s water level is low for builders to work. The NHPC says the project should be ready to generate power by 2023 if no more int­erruptions happen. Work stopped in 2011 when anti-dam act­ivists blocked shipment of machinery along the Brahmaputra and by road, setting up round-the-clock roadblocks. Though the NHPC managed to transport machinery over the years, work remained suspended till the National Green Tribunal (NGT) gave its final clearance this July, dismissing concerns of anti-dam campaigners as “far-fetched”.

“If the NHPC does not stop work we will be forced to restart our agitation,” says Akhil Gogoi, a firebrand leader who heads the Krishak Mukti San­gram Samiti in Assam, and was in the forefront of the anti-dam protests in 2011. “The NHPC is going ahead with its previous plan to construct the dam even without a dialogue with the stakeholders.” The All Assam Students’ Union (AASU), another influential organisation, too has warned of a stir, and terms the resumption of work on project “utter disrespect, insult and betrayal of the people”.

The NHPC official, however, says all technical iss­ues have been rectified as per suggestions of an expert committee and the NGT to prevent adverse downstream impact. The official says a package of Rs 470 crore has been sanctioned to mitigate lower riparian issues. “River bank protection and erosion control measures are being implemented that cover the stretch up to 30km downstream of the dam,” adds the official. 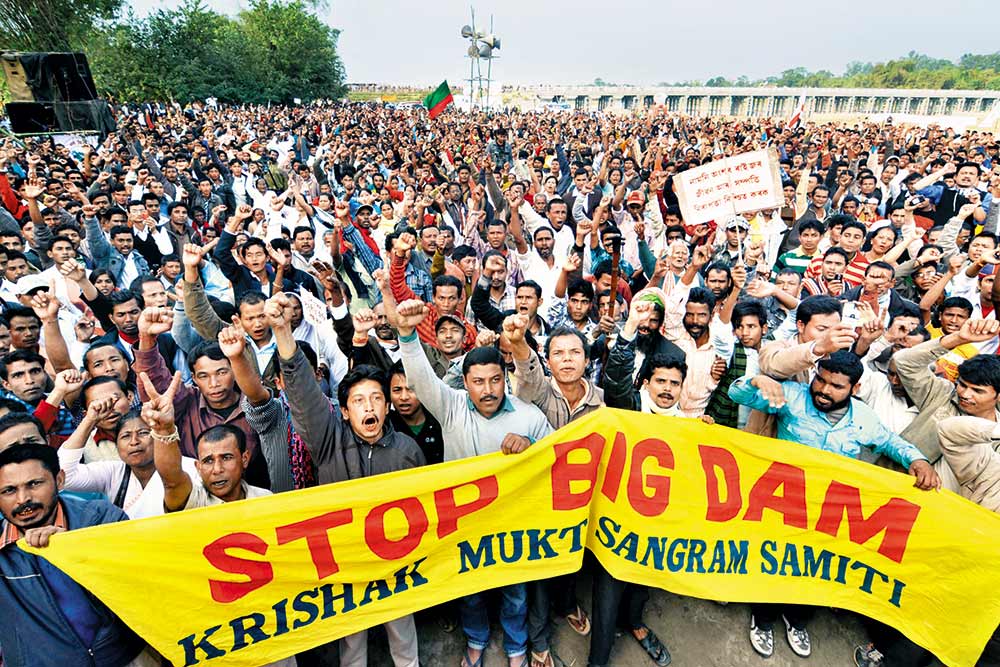 Activists protests against the Subansiri project.

A.N. Mohhamed, a consultant with NHPC, tells Outlook that the recommendations of a technical expert panel, the Thatte Committee, has been acco­mmodated to address the concerns. “As per the new design, the width of the dam has been inc­reased from 171 metre to 271 metre in order to make it safer... an additional cut-off wall will be constructed downstream.” NHPC officials say the National Committee on Seismic Design Parameters have okayed the project’s structure to withstand even major seismic activity. Guwa­hati-based consultant engineer J.N. Khata­niar, however, has his doubts as he is critical of the 116-metre height of the concrete gravity dam’s “abnormal” shape. “If the dam of a hydro power project is not safe and healthy, adverse downstream impacts are unavoidable...Unheal­thy and unscientific projects can’t be accepted at the cost of lives and property of people living downstream,” Khataniar says.

Critics underscore the danger posed by such projects, with examples of the devastation during the 2017 rainy season when excess water from the dam on the Ranganadi, a tributary of the Brah­ma­putra that has a similar hydro-electric unit, bar­elled downstream and destroyed almsot every­thing in its path. Last year’s floods in Kerala, which have been exacerbated by the release of a large volume of water from the Idukki dam across the Periyar, is cited too. Khataniar says the Subansiri dam has no provision to cushion floods.

In 1983, a proposal was floated to build a 257-metre high rock-fill dam at Geruka­mukh. But it was dumped following Arunachal Pradesh’s obj­ection—mainly over submergence of important towns located downstream. Many years later, another dam is rising at the same site—a “beast” towering over the landscape and spooking millions of people living in its shadows.

By Abdul Gani by Guwahati