Nepal, one of India’s neighbours and closest allies for decades, has touched off a raw nerve by deciding to publish new maps that include areas of dispute with India
| May 22, 2020 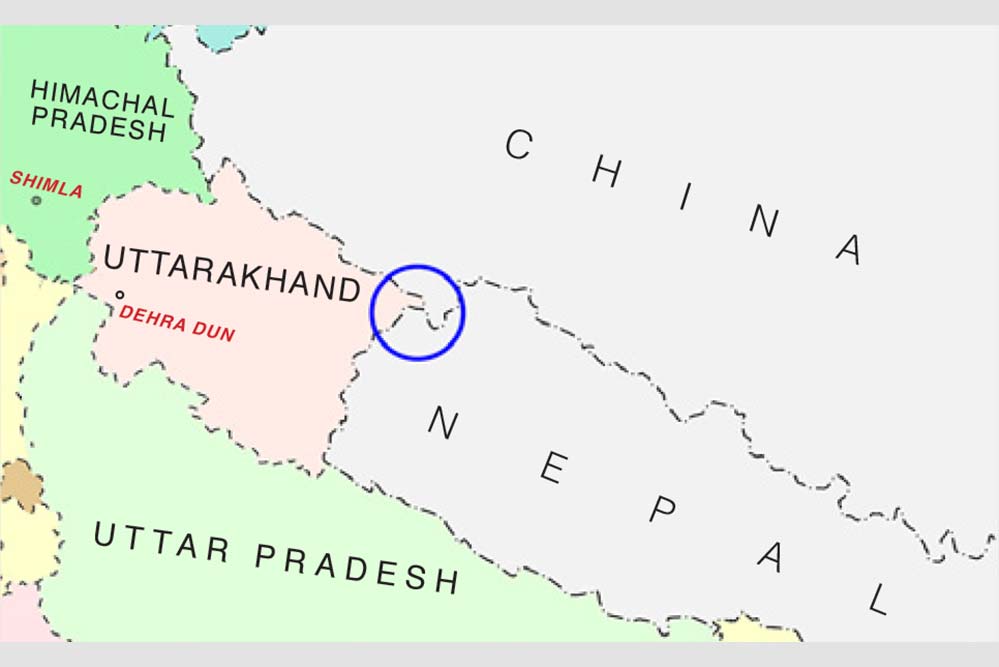 The coronavirus pandemic may have blurred international boundaries and shrunk the world into one big infirmary, but not so much for Nepal, one of India’s neighbours and closest allies for decades. In fact, the Himalayan country has touched off a raw nerve by deciding to publish new maps that include areas of dispute with India. And for good measure, Nepal Prime Minister K.P. Sharma Oli declared that the “Indian virus looks more lethal than Chinese and Italian.” This round of acrimony began at the Federal Parliament of Nepal recently where the country’s President Bidhya Devi Bhandari made the announcement about the new maps that will incorporate all the disputed territories—Limpiyadhura, Kalapani and Lipulekh.

Last year, New Delhi published a new map that showed Kalapani within its borders, a move protested by Kathmandu. India and Nepal share an 1,800 km open border. Nepal said it has “consistently maintained” that as per the Sugauli Treaty of 1816, “all the territories east of Kali (Mahakali) river, inc­luding Limpiyadhura, Kalapani and Lipulekh, belong to Nepal”.

The Lipulekh Pass is claimed by Nepal based on the Sugauli Treaty between the Himalayan nation (then a kingdom) and British East India Company in 1816 to def­ine its western border with India. Kathmandu also claims the highly strategic areas of Limpiyadhura and Kalapani, although Indian troops have been deployed there since New Delhi fought a war with China in 1962.

India reacted sharply after the Nepal government released the revised map. The foreign ministry asked Kathmandu to refrain from such “unjustified cartographic assertion”. All the land in Lipulekh, Kalapani and Nabhidhang on the border traditionally belongs to the residents of Garbiyang and Gunji villages of Dharchula sub-division in Uttarakhand’s Pithoragarh district.

The inauguration of a road linking Lipulekh pass with Dharchula earlier this May triggered fresh tension, with Nepal claiming that the area fell on its side of the border. But a PTI report says villagers of Garbiyang assert that their ancestors used to cultivate the land in Kalapani before the Sino-Indian war in 1962. The cultivation stopped when border trade with China through Lipulekh pass ended following the 1962 conflict.

“India has deployed its troops in Kalapani since 1962 and our rulers in the past hesitated to raise the issue,” Nepal PM Oli said. Speaking in parliament, Oli also held India responsible for the spread of COVID-19 in Nepal, saying the infection was “more lethal” among the people coming from the neighbouring country. “Indian virus looks more lethal than Chinese and Italian now. More are getting infected,” he said.