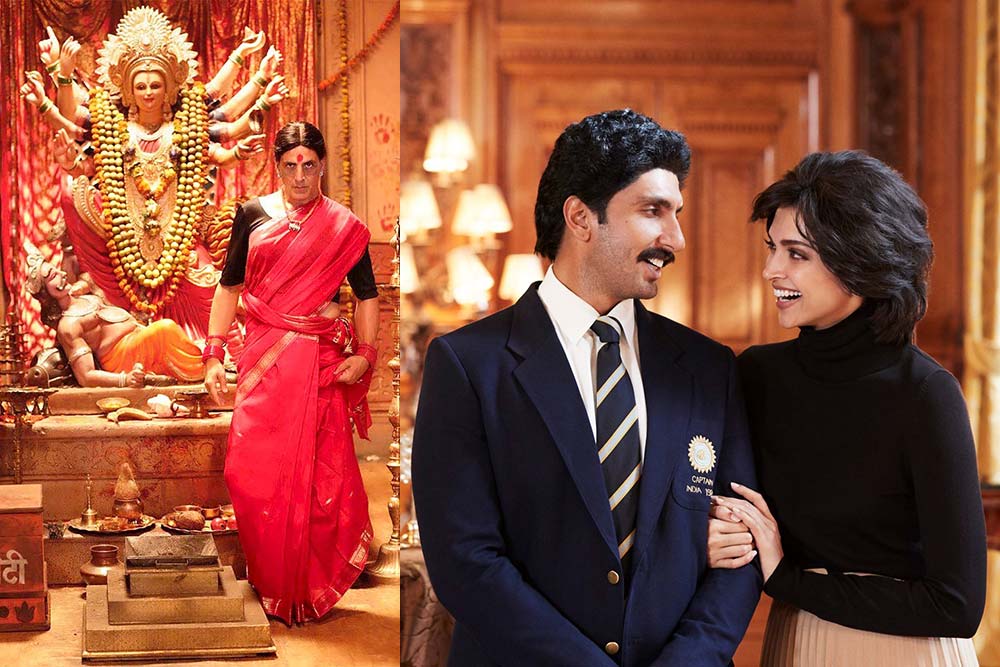 The week around Eid ul-Fitr is a carnival for multiplexes teeming with movie buffs united by their shared love for Salman Khan. Undeterred by an overnight hike in ticket prices, they wait for their turn to see their beloved Bhai—as the 54-year-old star is known among his die-hard admirers—unleash magic yet again on the big screen.

But as fate would have it, there is no activity at all now, let alone celebrations, at multiplexes, just a deathly silence. Reeling under the impact of extended lockdowns, theatres across the country have been wearing a desolate look shorn of glitz for more than two-and-a-half months. Worse still, there are no signs of things looking up anytime soon.

This unexpected twist was not there in the original B-town script until March this year when everything looked hunky-dory on the business front. With Akshay Kumar setting up a clash of titans by opting for an Eid release of his eagerly-awaited Laxmmi Bomb on May 22 alongside Salman’s Radhe: Your Most Wanted Bhai, multiplex owners seemed to be in for a double delight.

Almost all of Salman’s Eid releases were mega blockbusters, creating a record enviable enough to deter the biggest of his competitors. However, buoyed by his recent successes, Akshay dared to grab a slice of Salman’s box-office pie on Eid. It was, of course, a win-win situation for multiplex owners, who looked forward to the imminent showdown between two of the biggest superstars with bated breath, little realising what was in store for them in the weeks ahead.

Forced by the prolonged closure of cinema halls, with little chance of them reopening soon, filmmakers are now turning to the over-the-top (OTT) platforms for direct digital releases of their movies. On May 22, a Friday when the industry expected a Salman-versus-Akshay duel, it will be Nawazuddin Siddiqui’s chance to hog the limelight by default as his long-in-the-making Ghoomketu is bypassing the traditional route of a theatrical release to stream on Zee5 for OTT audiences. And this may be just the tip of the iceberg for the multi-billion-rupee industry. 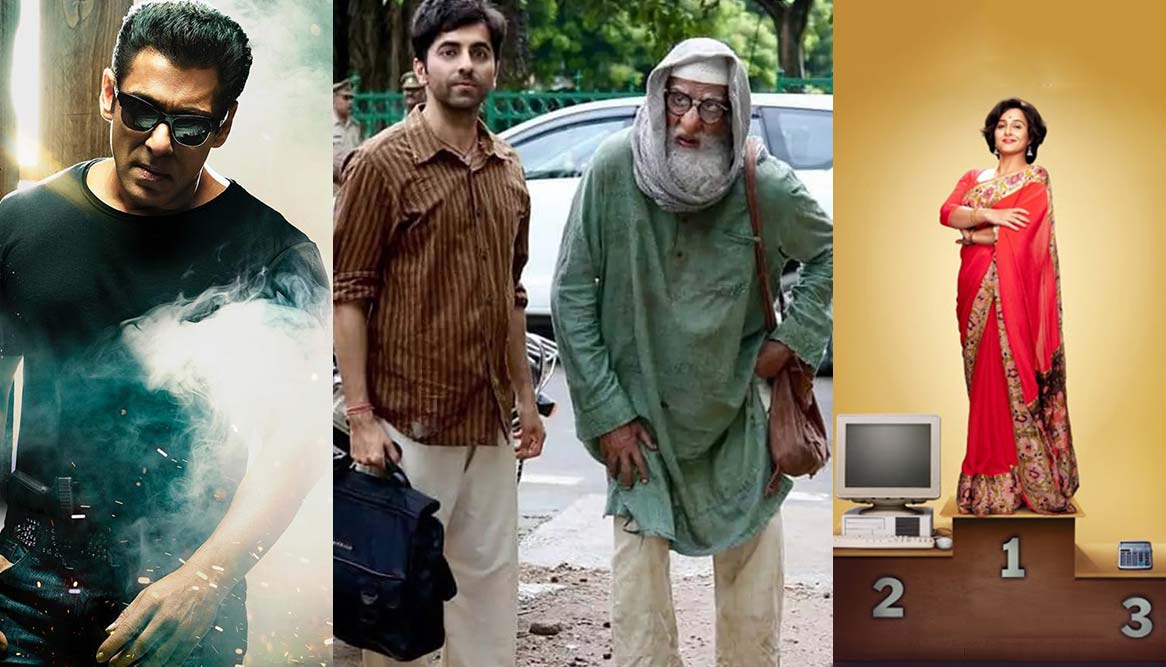 While Radhe: Your Most Wanted Bhai’s (top left) release has been postponed, Gulabo Sitabo (top right) and Shakuntala Devi (bottom) are releasing on OTT platforms.

There are other movies with digital premieres in the pipeline, most notably Shoojit Sircar’s Gulabo Sitabo and Vidya Balan’s Shakuntala Devi, a biopic of the legendary ‘human computer’. Sircar’s Amitabh Bachchan-Ayushmann Khurrana starrer will be released directly on Amazon Prime Video on June 12. Five big movies from the south—Ponmagal Vandhal (Tamil), Penguin (Tamil/Telugu), Law (Kannada), Sufiyum Sujatayum (Malayalam) and French Biryani (Kannada) will also stream on digital platforms within the next three months in the face of growing uncertainty over reopening of theatres.

“At Prime Video, we believe in listening to what our consumers want and working backwards from there,” says Vijay Subramaniam, director and head, content, of the Indian arm of the global OTT platform. “Over the past two years, Prime Video has become the destination of choice for our customers to watch new releases across languages within weeks of their theatrical releases. We are taking this one step further, with seven of India’s most anticipated films premiering exclusively on it, bringing the cinematic experience to their doorsteps.” Adds Gaurav Gandhi, director and country general manager, Amazon Prime Video India, “We feel truly excited about this initiative and also confident of delighting our members with this offering.” 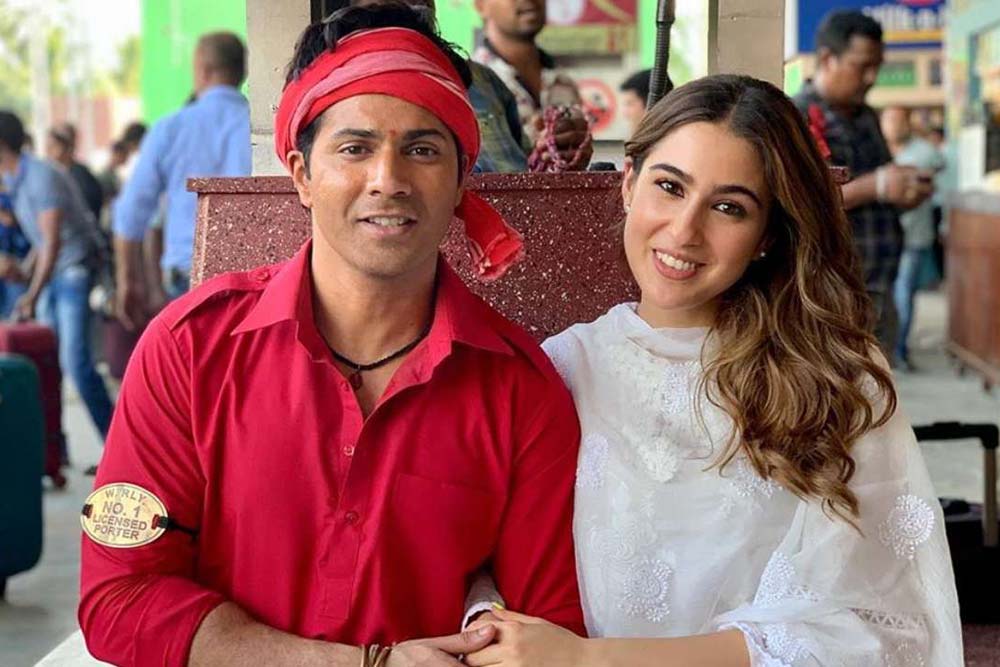 But what may delight the growing tribe of the OTT audience has come as a shocker to multiplex owners, who are crying foul over these developments. Until now, most movies would reach Amazon Prime Video, Netflix etc only after a few weeks of their theatrical releases. Therefore, filmmakers’ decision to opt for direct digital streaming sent alarm bells ringing for theatre owners. Fearing a loss in revenues in the long run, INOX, a leading theatre chain, reacted angrily, calling it a disconcerting move. “INOX would like to express extreme displeasure and disappointment on an announcement by a production house to release their movie directly on an OTT platform by skipping the theatrical window run. The decision of the production house to deviate from the globally prevalent content windowing practice is alarming and disconcerting,” it announced a day after filmmaker Shoojit Sircar revealed plans to take Gulabo Sitabo directly to Amazon Prime Video.

Reminding filmmakers of the ‘mutually beneficial partnerships’ they have shared over the years, INOX stressed the need for standing shoulder to shoulder. “Such acts, though isolated, vitiate the atmosphere of mutual partnership and paint these content producers as fair-weather friends rather than all-weather, lifelong partners,” it said, adding that it would now be “constrained to examine” its options while reserving all rights, including taking retributive measures in “dealing with such fair-weather friends”.

INOX’s strongly worded statement evoked a sharp response from the Producers Guild of India. “Statements that call for ‘retributive measures’ against producers who decide to take their movies directly to OTT platforms—especially at a time when cinemas are unfortunately closed for the foreseeable future—do not lend themselves to a constructive or collaborative dialogue on the way forward for the industry,” it said in a two-page statement. “The production sector (just like the exhibition sector) is suffering hundreds of crores of losses daily as elaborate and expensive sets erected for under-production films have had to be taken down. Huge cancellation charges are being borne by producers even as interest costs are mounting on amounts raised to fund films.” 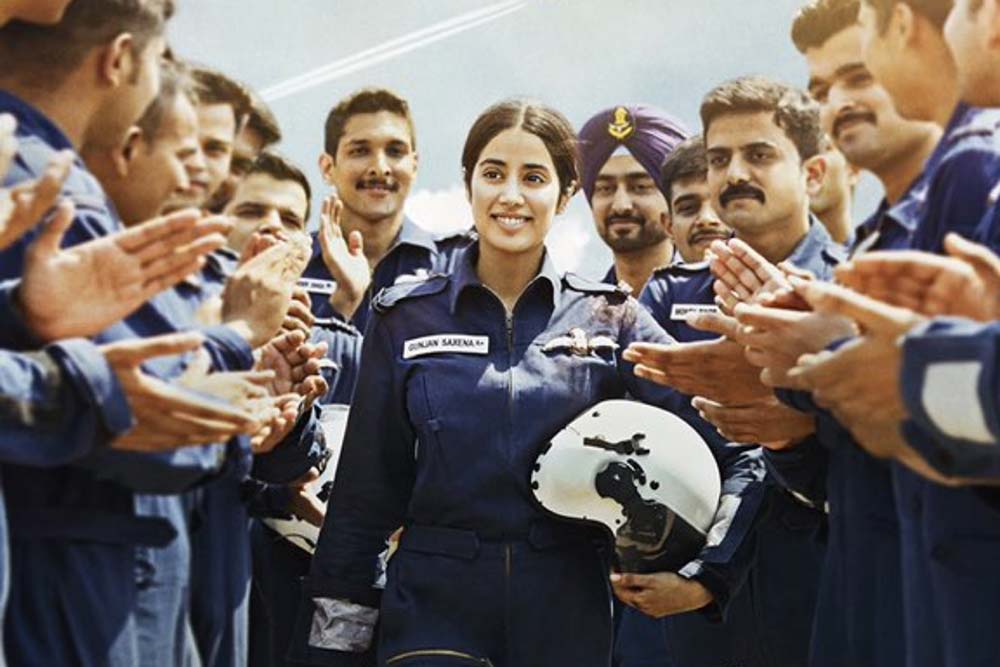 But INOX is not alone. Another multiplex major, PVR Pictures, which operates a cinema circuit comprising 841 screens at 176 properties in 71 cities in India and Sri Lanka, also expressed its disappointment with producers deciding to go straight to streaming platforms. “We believe that theatrical release is the best way for audiences to experience the labour and creative genius of our filmmakers. This has been so for decades and not just in India but globally,” says Kamal Gianchandani, CEO, PVR Pictures. “The COVID-19 crisis has caused an unfortunate shutdown of cinemas. We are confident that once we get to the other side of this crisis, there would be enough and more pent-up demand from cine-goers who have been cooped up at homes for the past many weeks. We are likely to see demand on a sustained basis once we reopen.”

Gianchandani hopes that producers will accede to their request to hold back the release of their films till cinemas reopen. But as Amitabh Bachchan says on his official blog, it’s a situation that cannot be altered now. “.. finances and other contractual obligations need consideration .. not just my films there are other artists too .. they also need to space out their films .. recovery of investment .. cannot take forever .. if the digital price is amicable then they go for it .. it is the future .. the option to release in theatres later always open .. that contained in the terms .. so yes in time there could be theatre release as well .. others wait for the results of digital release to make decisions on their films .. (sic)” he wrote on May 14.

Thankfully for multiplexes, none of the big-ticket extravaganzas starring reigning Bollywood superstars, their biggest revenue generators, have fallen for the OTT bait yet. Rohit Shetty’s multi-starrer Sooryavanshi featuring Akshay Kumar, Ajay Devgn and Ranveer Singh along with Katrina Kaif, which was supposed to release on March 24, and Kabir Khan’s Ranveer Singh-starrer ’83, which was slated for April 10, have been put on hold indefinitely. Similarly, Salman Khan’s big-budget Radhe: Your Most Wanted Bhai, said to be based on Korean action-thriller The Outlaws, will not be released soon. 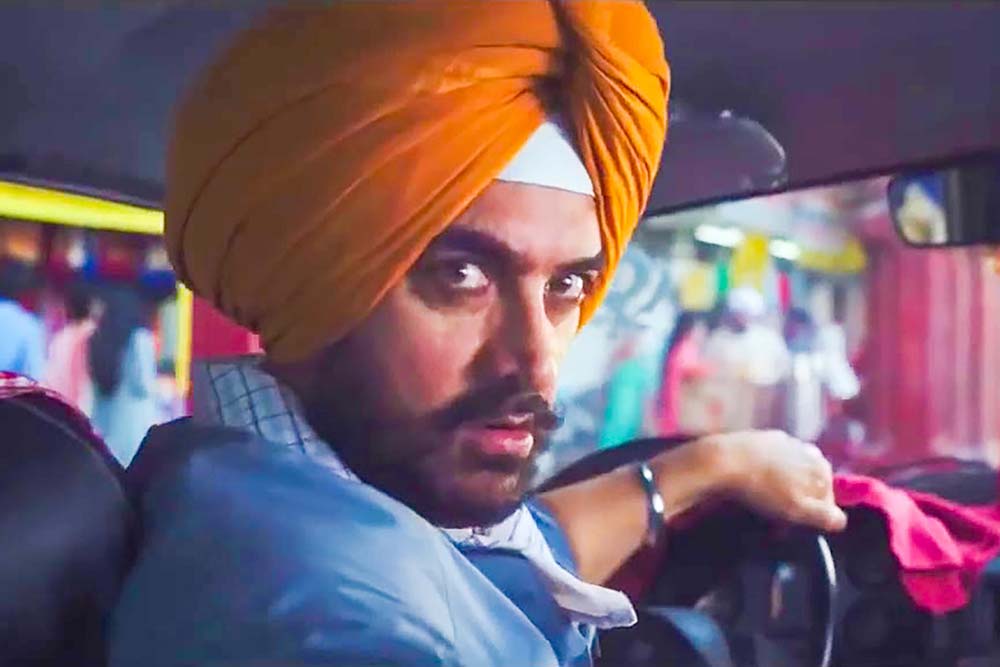 Meanwhile, speculation is rife that all these movies might be released directly on OTT platforms. There are also rumours about digital platforms offering astronomical sums to the makers of these films. The Radhe team, however, has denied that it was negotiating a deal worth Rs 250 crore with an OTT platform for the release of Salman’s next movie. ’83 director Kabir Khan too makes it clear that since his films are meant for a big-screen experience, he, along with other stakeholders, has decided to wait for the reopening of theatres. Filmmaker Karan Johar, whose Gunjan Saxena starring Janhvi Kapoor was slated for release on April 24, has cautioned the media against conjecturing about movies going directly to digital platforms. “My hugest request to my media friends not to reach any assumptions on our fraternity films … these are challenging times for the business and false news only makes the situation worse! Please wait for official news on any account!! This is a humble request (sic),” he tweeted.

Bollywood experts, however, believe that stars and filmmakers, howsoever big, cannot reverse the trend now. “The die is cast, but they remain in a denial mode. A few big studios with deep pockets may keep the release of their films on hold for a year or so, but what about small filmmakers who have borrowed money on steep interest rates? Can they afford to do that?” says a trade analyst on condition of anonymity.

Ajit Andhare, chief operating officer, Viacom18 Studios, says that the industry is in a crisis caused by an unprecedented situation. “Since it will take a while before normalcy and footfalls are restored, it is only reasonable for producers to unlock their investments through digital platforms,” he says. “This is more likely in the small-to-mid-film segments. Large films may or may not opt for these deals as their theatrical component is large and they can hold on for longer.” 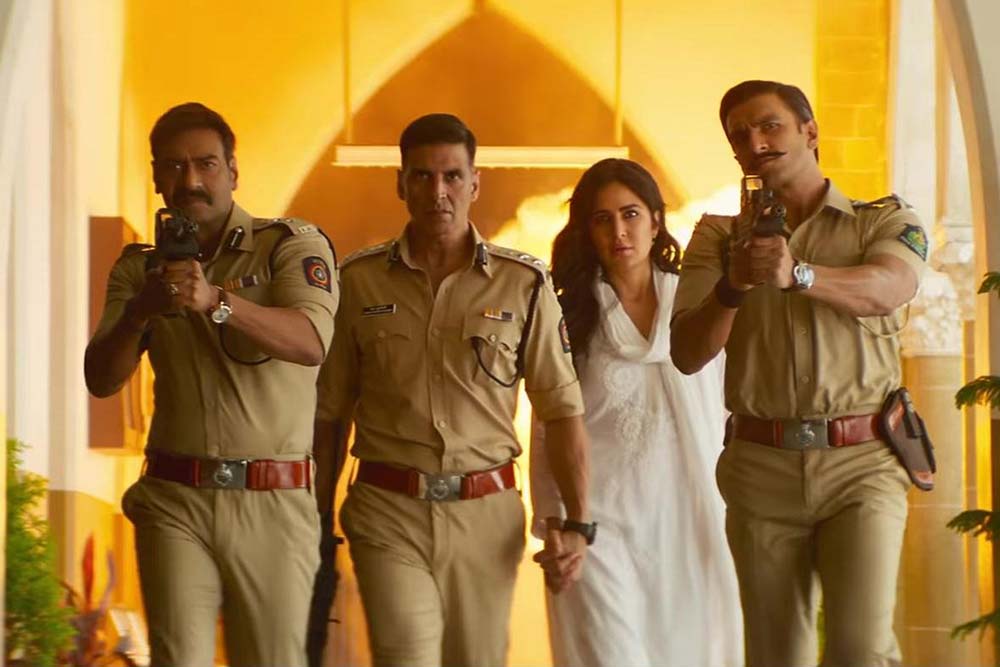 Andhare claims that producers’ move to shift to OTT platforms should not be viewed as bypassing of theatres as they remain the most central component of the cinema value chain. “Normalcy will return. The only question is when,” he says.

It is this ‘when’ conundrum that is adding to filmmakers’ insecurities and driving them to OTT platforms. With the rapid rise in COVID-19 cases across the country—particularly in Mumbai, Hindi cinema’s biggest market—the prospects of theatres reopening soon look bleak. The lucrative overseas territory is also out of bounds, further aggravating filmmakers’ problems. Worse, there is no guarantee that the audience would flock to multiplexes immediately upon resumption of shows owing to fears of contagion and the need for social distancing.

All these factors have contributed to Bollywood’s gradual shift from theatres to OTT platforms. Already, there are talks about movies such as Varun Dhawan’s Coolie No. 1, Amitabh Bachchan’s Jhund, Janhvi Kapoor’s Gunjan Saxena and Rajkummar Rao’s Ludo going directly to OTT platforms in the weeks to come. Some say even Akshay Kumar’s Laxxmi Bomb might release soon on Disney-Hotstar. The pandemic has also cast a cloud on the timely release of many upcoming movies such as Aamir Khan’s Laal Singh Chaddha, Ranvir Kapoor’s Brahmastra and Alia Bhatt’s Gangubai Kathiawadi, which are all due later this year.

Interestingly, this is not a new phenomenon in Bollywood. Films like Rishi Kapoor’s Rajma Chawal (2018), Vicky Kaushal’s Love Per Square Foot (2018) and more recently, Sushant Singh Rajput’s Drive (2019) released directly on OTT platforms in the past without multiplexes batting an eyelid. Even in Hollywood, a movie as big as Martin Scorsese’s The Irishman (2019) followed the same digital route.

Industry watchers believe that all stakeholders in the Indian film industry—actors, filmmakers and exhibitors—will have to learn to live with the fact that the OTT platforms, a cheaper option than multiplexes, cannot simply be wished away. With penetration in about 4,000 towns in India and 200 other countries, Amazon Prime Video, Netflix etc are here to stay and might emerge as a game changer in the movie business. The film industry as a whole and multiplexes in particular should become attuned to this reality.