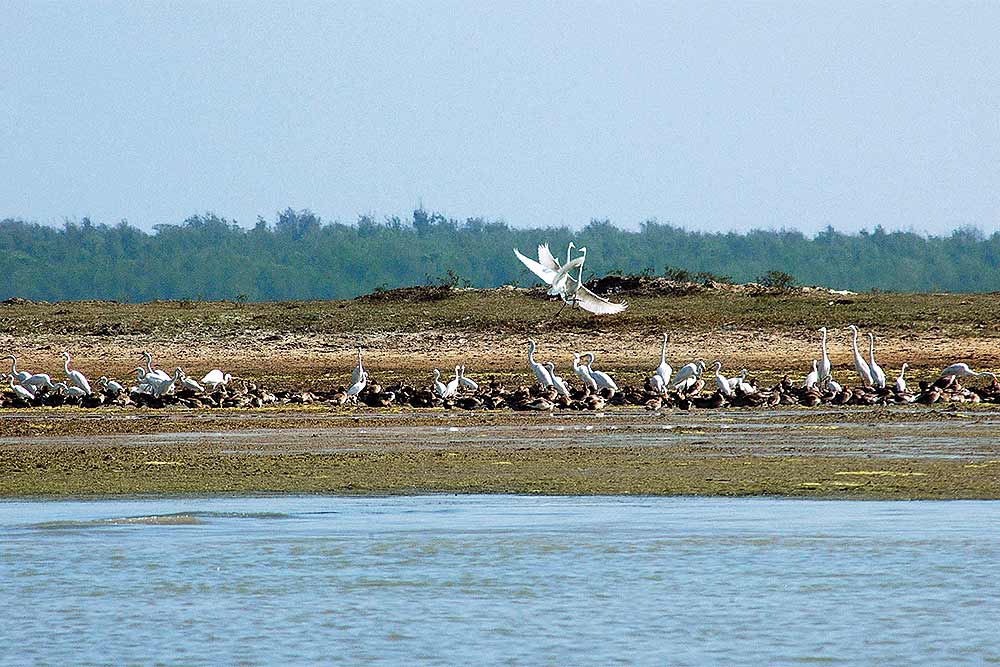 In 1981, it became India’s first wetland to be designated as internationally important under the Ram­sar convention—a global tre­aty for the conservation and sustainable use of water bodies. This Aug­ust, the Union civil aviation ministry granted ‘in-principle’ app­roval to a plan of building a sea aerodrome for fixed-wing amphibian planes on the Chilika lake in Odisha. Earlier, in June, a joint team of officials from the Airports Authority of India and carrier SpiceJet, which has evinced interest in operating such planes in Chilika, visited the area scouting for a possible site for the aerodrome.

The over two lakh fishermen dependent on the Chilika, however, are worried that their cache, already reduced considerably due to the lake shrinking and the prawn mafia’s illegal ‘gheries’ (enclosures for intensive prawn far­ming), would shrink even further. “Why are they bent on killing the Chilika, which has sustained us for centuries?” asks Sanatan Behera, a local fisherman.

Ajit Patnaik, a former head of the Chilika Development Aut­hority, suggests extreme caution in the case of Chilika, a highly eco-sensitive zone. “They might as well set up the aerodrome on the Hirakud or Kolab reservoir,” he says. Already under threat from a variety of manmade and natural factors, Chilika would cease to exist as we know it if the government goes ahead with the aerodrome.

Chilika is home to 224 species of birds, including 97 migratory, 317 species of fish and 729 varieties of aquatic flora, besides a wide variety of mammals and reptiles. It also has the second highest population of the highly endangered Irrawady dolphins (over 150) in the world. “All this would be under threat,” says environmentalist Biswajit Mohanty.

The project would certainly scare away the migratory birds that come from as far off as Siberia and the Caspian Sea on their annual winter sojo­urn, besides threatening the marine flora and fauna that flourish in this unique ecosystem created by a mixture of saline water and freshwater. Saline water gushes into the lake through a mouth connecting it to the sea, while over 50 small and big rivers pour freshwater into it. “Whoever came up with this crazy sea ­aer­odrome idea obviously doesn’t know a thing about this unique ecology,” says activist Tapan Padhi.

While the ‘costs’ to be paid are all too obvious, no one is sure if there would be any ‘benefits’ too. Union petroleum and skill development minister Dharmendra Pradhan says the sea aerodrome project would create jobs and attract tourists. “Neither are the airlines going to appoint local people as pilots, crew members or ‘ground staff’, nor are the tourists who come on these planes likely to stay here or patronise local goods. In fact, the footfall could actually be less if the migratory birds, the main attraction for tourists, stop coming here,” says Padhi.

The two ruling parties—the BJD in the state and the BJP at the Centre—are engaged in a war of words. After initially showing a keen interest, the state government seems to have developed cold feet. At least two ministers—revenue minister Maheswar Mohanty and tourism minister Ashok Panda—and former minister and BJD MLA for Brahmagiri, Sanjay Dasburma, have come out openly against the civil aviation ministry’s project.

Panda had ‘welcomed’ the proposal in June, saying it would bring in more tourists, but seems to have realised later that ecological factors too must be taken into consideration—a volte face symptomatic of the government’s dilemma. While the official position is that the state government is ‘studying’ the possible impact on the ecology and the livelihood of local fisherfolk, given its past record in such matters, this newfound concern is being seen as an effort to stop the Modi government—Pradhan, in particular—from walking away with credit for the project.

By Sandeep Sahu in Bhubaneswar