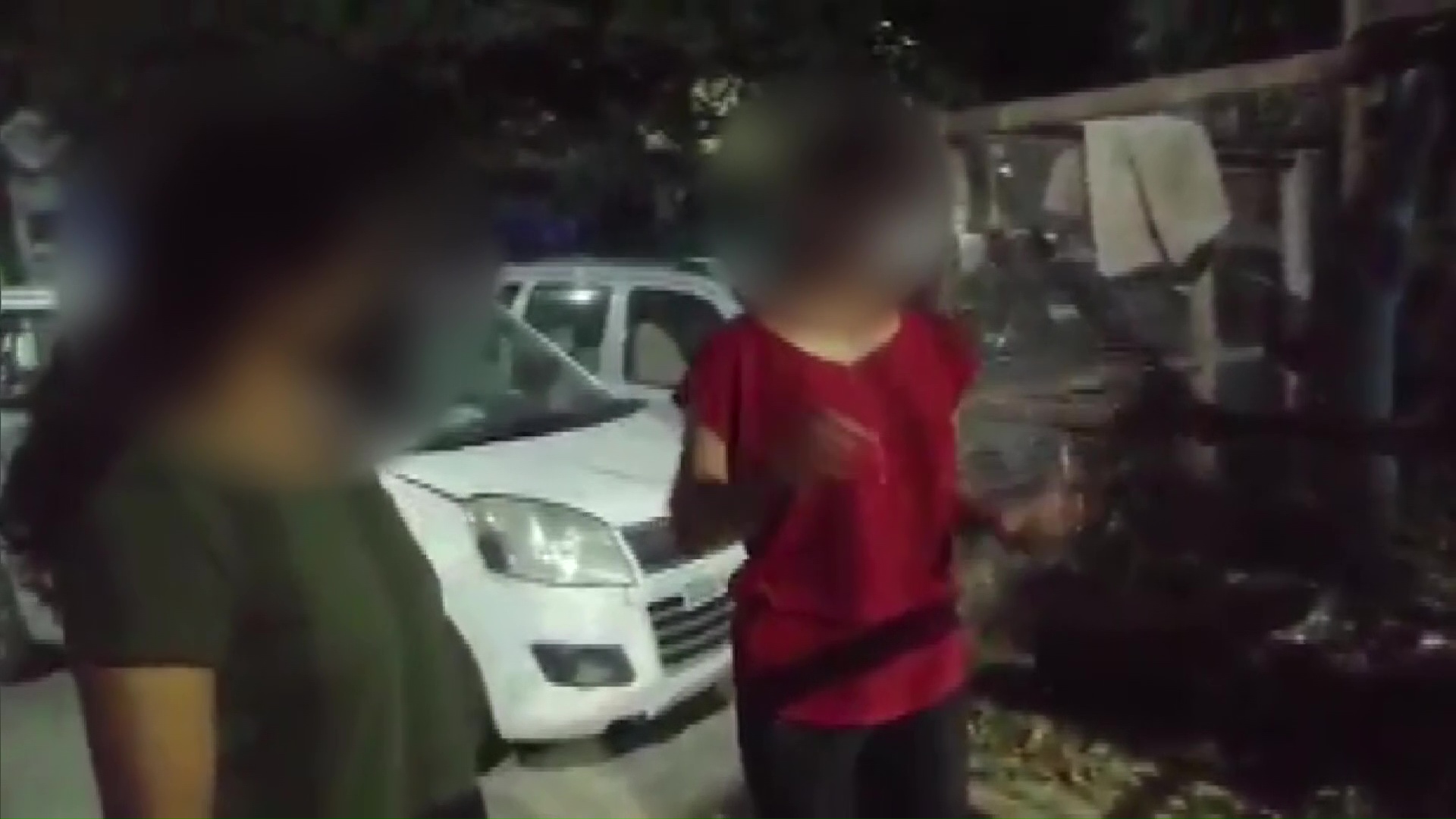 Two resident doctors of Safdarjung Hospital, Delhi, were assauted by a man who accused them of 'spreading Coronavirus' ANI/ Twitter

Two women resident doctors of Safdarjung Hospital were allegedly assaulted by their neighbour, who accused them of "spreading coronavirus", in Gautam Nagar area in the national capital late on Wednesday night.

The police swung into action and managed to arrest the accused on the complaint of the 29-year-old resident doctor, who had stepped out with her sister to buy fruits and vegetables in her neighbourhood market, said an official of the Hauz Khas police station, where the case was registered.

"We have registered a case and arrested the accused in connection with the incident," Deputy Commissioner of Police (South) Atul Kumar Thakur said.

Safdarjung Resident Doctors' Association (RDA) president Manish said the incident happened around 9.30 pm when the two had stepped out of their house to buy fruits in the area.

Also Read: 'Leave Job Or Leave Home,' An Ultimatum To A Coronavirus warrior

The two doctors of the central government hospital are not on COVID-19 duty, he said.

"A local resident, who was in the vicinity, asked them to stay away from the fruit stall, saying you doctors bring infection from the hospital and spread it here," Manish told PTI.

When the doctors sought to reason with him, the man allegedly twisted their hands and pushed them back and fled, he said, adding they "approached police in this regard"

On seeing them, the man began making remarks on the need for social distancing, accusing them of spreading infection in residential areas.

Also Read: Doctors And Nurses, The Real Soldiers Fighting Coronavirus, Can't Even Get To Hospitals With Dignity

As the two women retorted and sought to reason with him, the man got aggressive and abusive, saying he would get a case registered against them.

When the two women were about to leave following the spat, the man assaulted them and even touched the 29-year-old woman her inappropriately, said police, adding the man left the place after that.

Both the victims were medically examined, said police.

(With ANI and PTI inputs)