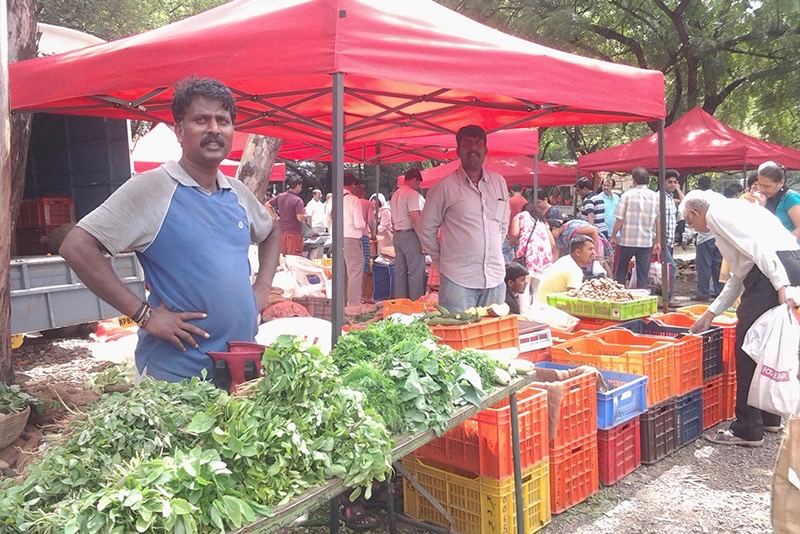 Many Best Practices, Innovations In Post-Harvest Management Of Fruits And Vegetables, A Bigger Push Needed

Due to changing lifestyles and consumption patterns, the output of horticulture production stood at 311.7 million tonnes, surpassing that of food grains, estimated at 279.5 million tonnes in 2017-2018.

Agriculture in India has made significant progress in the areas of production, employment generation and diversification. As the world’s second most populous country with an area of 181.95 million hectares under agriculture, the latter provides employment to half of its population. Having transitioned from a country crippled by food insecurity to becoming a food surplus nation, the composition of agricultural production has also witnessed a change. Due to changing lifestyles and consumption patterns, the output of horticulture production stood at 311.7 million tonnes, surpassing that of food grains, estimated at 279.5 million tonnes in 2017-2018.

More specifically, with a production of 97.35 and 187.5 million tonnes, fruits and vegetables respectively accounted for 31% and 60% share of the horticulture production that also includes flowers, spices, aromatic and plantation crops. Notable among fruits and vegetables in India, in terms of share in world production, are mango, papaya, sapota, acid lime, aonla, pomegranate, peas, okra, brinjal, cabbage, cauliflower, onion, tomato and potato.

In this context, according to a study conducted by the Indian Council of Agricultural Research-Central Institute of Post-Harvest Engineering & Technology (ICAR-CIPHET), one area that poses a tremendous challenge is post-harvest management of perishable horticultural produce – with a large share, both in terms of quality and quantity, being lost on way from “farm to fork”. Such loss is attributed to bottlenecks in post-harvest connectivity to markets i.e. failure in the handling and connecting of food produced to consumption points. The CIPHET study points out that for highly perishable fruits and vegetables the post-harvest loss ranges from 4.58-15.88 percent of the production.

Further, according to The Doubling Farmers Income Committee (DFI) Report 2017, the common thread across perishable horticulture produce is that they generate heat through continued metabolic activity throughout their saleable life. Besides, the produce can also be sensitive to rough handling, making them susceptible to disease/degeneration and therefore their non-marketability, adding to food losses. The report affirms that for the farmers, especially small and marginal, the produce fetches highest economic value in its fresh form and that post-harvest ageing can only be slowed down by cooling to its optimal holding temperature and through humidity control.

To address these issues holistically, Government of India’s flagship programme, the Mission for Integrated Development of Horticulture (MIDH), focuses on supporting production and productivity measures. These include area expansion for quality planting material, appropriate mechanization, protected cultivation, creation of water resources, pest and nutrient control. These have been supplemented by creation of infrastructure facilities such as primary/secondary processing, marketing and strengthening of cold chain storage capacities. The National Center for Cold Chain Development (NCCD), in addition, specifically monitors issues of standards and protocols in conjunction with cooperatives and Farmers Producers Organization (FPOs). A key role is played by Centers of Excellence (CoEs), established through Indo-Israel and Indo-Dutch cooperation, to demonstrate latest post-harvest technologies and market access pathways to small and marginal farmers in handling of fruits and vegetables.

While financial assistance is available to small and marginal horticulture farmers through subsidy-based schemes such as MIDH, Government of India has also launched the Kisan SAMPADA Yojna – with a comprehensive thrust to renew agro processing in Mega Food Parks through a cluster approach with appropriate linkages. Concomitantly, Operation Greens has also been launched on the lines of “Operation Flood” to promote FPOs, agri-logistics, processing facilities, professional management, and includes a scheme for integrated development of the tomato, onion and potato value chain (TOP).

In the above backdrop, a key concern, pointed out by experts, is the small and marginal farmers’ inability individually to invest in primary processing technologies at the farm gate. This includes activities after harvesting through “pack houses” such as drying, grading, sorting, ripening, waxing, packaging, quality control assessment and the need for crop specific cold storage/ warehousing with pre-cooling facilities, cold chains, reefer trucks etc. Small and marginal farmers are also sometimes unaware of the crop quality specifications required by different types of buyers, affordability, including availability of technology, and intelligent information about near farm markets. Middlemen are currently bridging the gap between farmers and the market, and earning margins at every stage of the distribution chain.

While recent reforms such as National Electronic Market(e-NAM), 100% Foreign Direct Investment (FDI) in food processing, model Agricultural Produce Market Committee (APMC) Act and Contract Farming Law amendments by the Government of India have the potential to generate benefits for small and marginal farmers, the state governments, cooperative sector and private sector have to drive implementation at scale. The Government of Haryana has recently launched an innovative “Crop Cluster Development Programme” with a budget of Rs. 500 crores to give a big push to primary processing facilities in 393 horticulture crop clusters. These clusters have been identified by surveying/coding 1,763 horticulture villages across the state with individual fruit and vegetable crop mapping. Within these clusters, 140 primary processing integrated pack houses will be managed and run by selected FPOs through bank appraised projects, with 70% to 80% credit link subsidy. While the qualitative aspects of this ambitious three phase project’s (2019-2021) implementation will be known only after it takes off, the backend linkages through e-services and deployment of cluster/district-based project extension managers are its forte.

Mahagrapes, a grape marketing cooperative in Maharashtra, exemplifies the benefits to small and marginal grape farmers as a collective. Sixteen grape growers’ cooperatives are partners in this venture with a membership of approximately 2,500 farmers backed by pre-cooling pack houses and facilitation to access national/international market prices. Mahagrapes thus effectively acts as quality controller, input supplier as well as service provider to its member societies and leads to income enhancement.

Another best practice is the Mahavir Banana Ripening and Cold Storage facility in Gujarat that procures banana directly from approximately 700 farmers. The fruit is bundled into market lots and ripened depending upon planned market movement. This venture is an example of collaboration between the aggregator and cultivator, that involves first mile handling, pack house activities and onward connectivity to markets.

But more importantly, as a precursor to above policy reforms, is the dire need to aggressively utilize our Centers of Excellence, State Agricultural Universities and Indian Council of Agricultural Research (ICAR) institutes to share state government, civil society and private sector experiences and strategies for post-harvest management of fruits and vegetables. More specifically, under the leadership of District Magistrates/Collectors/Deputy Commissioners, the vast network of Krishi Vigyan Kendras (KVKs) in the community blocks of districts of all states should become a focal point to increase market linkages and develop the commercial competitiveness of such primary processing centres run by FPOs/cooperatives. The objective being reduction in post-harvest losses and improving small and marginal farmers income and livelihoods. Finally, motivating and training rural youth and entrepreneurs, by Gram Panchayats, to participate in such aggregation centers could be an effective plug in.

(The writer is an IAS officer and currently posted as Joint Secretary in the Ministry of Agriculture and Farmers Welfare, Government of India)