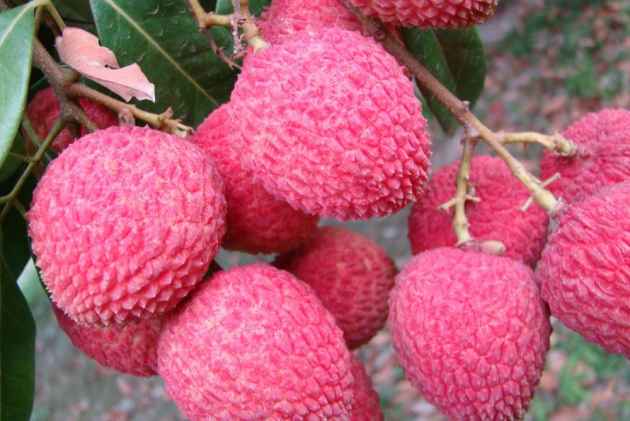 Why the popular fruit may not be responsible so much for the tragic deaths of undernourished children in Bihar.

The death toll is high, and the headlines are scary. “Litchi Havoc in Bihar: Panic Grips State;” “53 children die of “Chamki Bukhar” in north Bihar in 10 days;” “Encephalitis 'linked' to litchi kills dozens of children in India;” “Litchi toxins cause deadly brain disease among children;” “Killer fruit? Litchi cause of mysterious disease.”

As children die of an unexplained mystery disease in Muzaffarpur district of Bihar, the litchi is under the scanner. Muzaffarpur, India’s “land of litchis,” supplies the bulk of the country’s litchi harvest and the classiest varieties. Now bits and bytes are doing the rounds on how certain chemicals in the fruit cause fatal brain inflammation in undernourished children below age 15. Litchi scare has hit sales and making prices tumble, affecting the very children whose families depend on the fruit for livelihood.

The world of science is scanning for evidence. Hypothesis and theories are being reviewed. Experts admit that for 50 per cent of the cases no one knows what the triggers are. And 50 per cent remain undiagnosed and untreated. Scientists now suggest that the litchi may not be a root cause of AES. Increasingly, a viral explanation for the fatal illness—Acute Encephalitis Syndrome (AES)—in children is gaining ground.

PLAYING IN THE ORCHARDS

The flat green fields of Muzaffarpur are dotted with groves of litchis. They make a stunning sight in summer. The bright red fruits, with juicy white pulp, tempt children away from home. Children of poor parents, who live and work around the orchards, run around and play in the intense summer heat of May and June, pick up fruits from the ground, eat as many as they can. AES strikes early in the morning, with high fever, convulsions, disorientation, coma, seizures—signs of brain inflammation. Tests reveal very low blood glucose levels, caused by high concentrations of unusual amino acids (hypoglycin A and MCPG) that are also found in litchis.

Unanswered questions remain: since the first Muzaffarpur epidemic of 2011, there have been six-month-old victims. Surely, they couldn’t have eaten litchis? Moreover, nothing explains why only some children in a village, or only one in a family, are affected and not the others. Or why, even in July, when all the litchis have been harvested, AES cases still continue in Muzaffarpur?

Experts also point to human-animal-environment interface as the source of the disease. Given that Indians interact closely with livestock and wildlife, they map various other ways of transmission of AES. For instance, children gorging on litchis, can easily pick up fruits contaminated by the saliva, urine, or guano of bats. Bats host more than 60 human-infecting viruses—including the Ebola and Nipah viruses, which cause deadly brain fevers in people.

Others point to ground water contamination with faeces in open-defecation villages. Several enteroviruses, that are primarily spread by faecal-hand-oral contamination, are known to cause fatal encephalitis in children. In Bihar, the groundwater in such villages has been found to be 35.7 times more at risk of faecal contamination, according to a UNICEF 2019 study. Shallow wells and hand pumps contaminate drinking water with faecal matter, a major problem in Bihar.

Scientists are linking the deaths to Japanese encephalitis, bat virus transmitted by mosquito bites, unhygienic conditions or bed bug bites, vectors such as insects or sand flies, heavy metal and pesticide pollution in litchis, high temperature and/or sunstroke to AES. In 2015, it was reported for the first time that the symptoms of AES indicate the presence of an unidentified virus. It has also been suggested that deforestation may have disrupted the ecology balance of the region, resulting in a new vector-borne disease.

Litchi has been consumed and relished for the last 2000 years. Originating in China, it spread to South East Asia, entering India around late-17th century through Myanmar. Over the years, it has made inroads in Brazil, Mauritius, South Africa, Australia and New Zealand. But except for Vietnam, Bangladesh and India, AES has not been reported from any other litchi-growing areas of the world. Within India, about 20 states cultivate the fruit, yet AES epidemics have occurred in just North Bihar and West Bengal (Malda).

Not just the taste, litchi comes highly recommended for its nutritional value. It is an abundant source of vitamins C, E, polyphenols, flavonoids, polysaccharides and minerals. And it is known for its antioxidant, anti-viral, anti-obesity, anti-diabetes and anti-cancer properties. It can fight anaemia, improve digestion and blood circulation, protect the heart, spleen and liver. The seeds are inedible but have proven to have numerous health benefits.

It’s time to figure out exactly why such a fruit is being associated with the deaths of children in Muzaffarpur.