Today, people claim the central African country of Rwanda has the highest rate of breastfeeding (87%) in the world. But not many are aware that Surguja, a rural district in Chhattisgarh, has 87.5% breastfeeding rate (children below 6 months) which surpasses Rwanda.
Basanta Kumar Kar | Apr 27, 2019 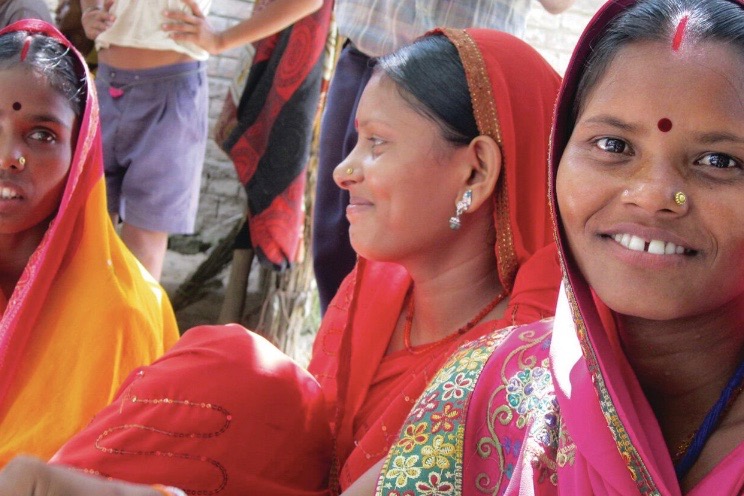 Can India bring about a Sustainable Nutrition Revolution that it so badly needs in order to leverage its demographic dividend and help the country take rapid strides in the path of sustainable growth and development? Can India overcome the tag of having the highest number of malnourished children in the world through a Sustainable Nutrition Revolution in an Indian Way -- with women leading the way forward?

I will say yes. It is absolutely possible. India’s success stories, my experience in the sector and especially my role in demonstrating evidence-based impact models, working on the ground and transforming the thinking and actions of policy makers and political leaders makes me confident to say that India has the Will to Deliver and Transform.

A. India has a gold mine of nutrition models that need to be scaled up

Many Indian states have shown marked achievement in reducing malnutrition, which has paved the way for others to work in a similar manner and achieve success. The country has several islands of excellences and numerous success stories of changes brought about in nutrition. The growing importance given to nourishment for the undernourished at the household level, specifically by Anganwadi workers, local governments, women self-help groups, mothers, women and young girls drives new optimism.

The good news is that India has the highest level of public investment in the area of food and nutrition security through its public-funded programmes and has also entrenched the right to food and nutrition in its constitution and law.

Among states that have shown exemplary performance in the Annual Average Rate of Reduction (AARR) are Arunachal Pradesh that reduced stunting prevalence by 3.8 percent, Meghalaya reduced wasting by 6.3 percent while Sikkim reduced anaemia prevalence by 5.2 percent.

It is heartening to note that Sikkim, popularly known as an organic state, could demonstrate the highest level of reduction in anemia, a fact that can enthuse everyone to learn, assimilate and translate this knowledge across the country.

I also had the opportunity to steer the integrated nutrition programme in Chhattisgarh, in close partnership with the state government during its formative years. The state has very high percentage of tribals and backward population and also faces the issue of infestation of Left-Wing Extremists (LWEs). As the first Member Secretary of the State Advisory Body on Nutrition with Minister as Chair, I could catalyze numerous actions on nutrition and facilitated the first ever state nutrition policy, ‘Suposhan Niti’, which created an enabling environment at the micro and macro levels -- making the Anganwadi Centre as a centre of excellence and convergence, revitalizing local governance for better health and nutrition, transforming hamlet level women change leaders, addressing perennial issues of inter-personal counselling, which in turn improved programme delivery effectiveness and outreach.

It is satisfying to note that a state like Chhattisgarh could demonstrate a reduction of stunting (3.4% AARR) and anemia (2%). Today, people claim the central African country of Rwanda has the highest rate of breastfeeding (87%) in the world. But not many are aware that Surguja, a rural district in Chhattisgarh, has 87.5% breastfeeding rate (children below 6 months) which surpasses Rwanda.

Not only Surguja, other districts like Rajnandgaon (84.6%) and Kabirdham (84.9%) have also registered equally exemplary records on breastfeeding rate. This has been possible due to just and equitable governance, better food and nutrition programming, sector level convergence, policy and political will, increased role of local government and involvement of hamlet-level woman change leaders,

We need to learn from these impact models and replicate the best practices, after suitable modification that can fit to the context.

B. India has a history of great social movements: Green and White Revolution. These two revolutions transformed India’s human history with home grown leaders steering the change with a strong backing from the highest policy makers and political leaders. I had the privilege to work closely with the great fathers of these two revolutions who, with their strong beliefs (in farmers and producers), their professionalism and charisma, steered these strong movements that changed the landscape of the country and the lives of the poor and the marginalized. Thinking about these social movements, makes me extremely optimistic to believe that India can also break the malnutrition enigma, in an Indian way, by bringing a Nutrition Revolution with women at the forefront.

The POSHAN Abhiyaan, shaped by the determination of India’s Prime Minister himself, is a watershed moment in the annals of India’s Nutrition Security. It signals a new era in the human capital potential development and is bound to change the very nutrition landscape of India. The political and policy will that is delivered through this with the target to reduce stunting, undernutrition, anemia (among young children, women and adolescent girls) and low birth weight by 2%, 2%, 3% and 2% per annum respectively is a significant milestone for a Mission Malnutrition Free India.

The Mission in fact would strive to achieve fast-forwarded reduction in Stunting from 38.4% (NFHS-4) to 25% by 2022. The Mission emphasizes that India has no dearth of schemes but what we need is to create the synergy and link the schemes in a holistic manner. This emphasis would be further strengthened by the Jan Andolan (peoples’ movement) and social audits. It is also good that a number of state governments in India have included nutrition as part of their development agenda with policy and political priorities.

What is the Indian Way and Why is more research and evidence necessary?

For a sustainable nutrition revolution to succeed, we need stakeholder and message alignment, a collective and inclusive mass movement with women leading the way forward. Anganwadi Centers, local government bodies and women self-help groups are three key platforms at the grassroots level that can play a pivotal role.

As a strong votary of science, technology, data-driven management and evidences-based policy formulation, I would reiterate the need to build the foundation of the Nutrition Revolution as a responsible one, oriented towards public interest and keeping in mind India’s culture, legacy and diet system which have sustained Indian society and civilization for generations.

The Indian food and diet system with its elements of diversity and pluralism , promotes a food-based approach, and a climate-smart nutrition and climate-sensitive agriculture.

People, at large, believe that the Indian way is self-sustained and it can very well support the present and also the future generations. These traditional Indian diets, based on seasonality, are also being recognized as functional foods because of the presence of components in it such as body-healing chemicals, antioxidants, dietary fibers, and probiotics. These functional molecules help in weight management, blood sugar level balance and strengthen the immune system of the body (P. Sarkara et al, 2015).

A number of thought leaders, think tanks and policy makers promote the Indian system of diet, organic food or plant-based nutritious diets which promote longevity, intelligence, vigour, health, happiness and cheerfulness, and which are juicy, succulent, substantial, and are naturally agreeable to and liked by men/women (‘Sattvika’ nature). It is thus necessary to research about better food and nutrition systems, clarify myths and misconception based on the data and evidences so that the poor and marginalized can get due access to sustainable and healthy diets without wastage of food.

It has also been observed that agriculture and forestry contribute to 24% of global greenhouse gas emissions in the world (IPCC-2014 Report). Thus, Indian sustainable agriculture practices and traditional forest conservation methods can provide answers to India and also to the world on issues related to a sustainable planet; on nutrition along with environmental conservation and preservation of biodiversity.

A Sustainable Nutrition Revolution has to be in line with the Indian way of development which always promotes a bottoms-up approach, with focus on social justice and equity and serving the last person in the queue. It promotes nutrition science that is evidence based and respects woman’s status and power for a transformative and inclusive society. The Nutrition Revolution needs to build on the foundation of women empowerment, small holder women farmers’ collective and address all forms of malnutrition, exclusion and decimation.

(This article is the Second of a four-part series on the need for a Sustainable Nutrition Revolution. Basanta Kumar Kar is the recipient of the prestigious global ‘Transform Nutrition Champions’’ award for outstanding contribution to nutrition in South Asia, and ‘Odisha Living Legend’ award for contribution to public policy. For his decades long contribution to champion the cause of sustainable food and nutrition security in India and globally, Kar is also known as the ‘Nutrition Man’. Mr. Kar is currently working as Country Director of Project Concern International/India. He can be reached at basantak@rediffmail.com.)