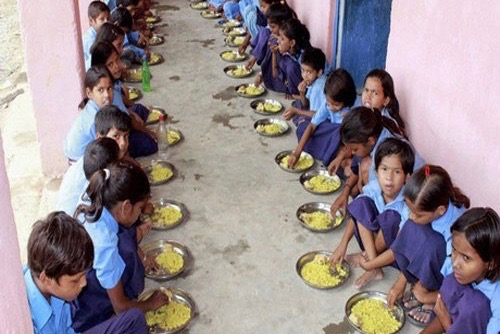 Fish, one of the most important sources of proteins and micro-nutrients, could become a potent weapon to combat malnutrition in India, but cultural and religious taboos come in the way of its use. In a strange paradox, while India is the second largest fish producer in the world, after China, its per capita consumption is a mere 5-6 kg, said experts.

For example, the long chain omega-3 fatty acids, mainly found in fish and seafood, are essential for optimal brain development. Iodine, essential for thyroid function and neurodevelopment, can be found in seafood.

Iodine can prevent the occurrence of Goiter, which can lead to the thyroid gland becoming larger than normal size.

Vitamin D, critical for mental development and also essential for bone health and the immune system, is easily available in fish. So also is iron, which is essential for pregnant women in order to produce additional blood for herself and the baby. Fish is also a rich source of calcium, zinc and other minerals. Deficiency of calcium and zinc slows down a child’s development.

“Fish as a value-added product can be brought into the diet. Fish is the most important source of protein. Fish contains the vitamins A, D, E, K, which are fat soluble, which means they can dissolve in fats and oils,” said Dr Prem Kumar, Principal Scientist (Fisheries), Indian Council of Agriculture Research (ICAR) Ministry of Agriculture and Farmers’ Welfare.

He said fish has all the necessary minerals and micro-nutrients needed for a person's health, and especially for children and pregnant women.

According to Kumar, fish should be consumed at least twice a week, and it can be had in the form of fish soup, fish pakora, fish samosa, etc. Fish can be served in interesting ways, in noodles, as masala fish, grilled fish etc

According to a study, young girls suffering from acute iron deficiency showed marked improvement when they were given fish soup.

“Fish can help in eradicating malnutrition,” Kumar said at a conference on Agri-Nutrition held earlier this month.

Fish can also be administered in the form of powder and added to the Mid Day Meal Scheme or the Integrated Child Development Services centre to tackle malnutrition.

However, “the taboo of fish” and the “vegetarian, non-vegetarian barrier”, comes in the way of popularizing the move.

Fish powder is protein-rich and contributes to a low glycemic index and has been found to have beneficial health effects, including in managing obesity, hypertension, and cardiovascular disease, studies have shown.

The fish powder, taken from local nutritious species, can be added to snacks for children and help tackle malnutrition.

Fish can be a poor man’s protein with consumption of the low value fishes, which are easily available. It can also be a delicacy for the table, like the pomfret, prawns and some variety of fresh water fish, which are expensive.

While average per capita fish consumption is low, small quantities of fish can have a significant positive nutritional impact on people. A portion of 150 g of fish provides about 50–60% of the daily protein requirements for an adult, according to a study.

With India home to a third of the world’s malnourished children, the government has launched the Poshan Abhiyaan, with fixed goals to reduce low birth weight, stunting and undernutrition (the prevalence of underweight) in children (up to six years of age) by 6% in three years, at the rate of 2% a year; and anaemia among children, adolescent girls and women (up to 49 years of age) by 9%, at the rate of 3% a year.

To tackle malnutrition, the Poshan Abhiyaan focuses on the first 1,000 days of a child, which includes nine months of pregnancy, six months of exclusive breastfeeding and then the period from six months to two years.