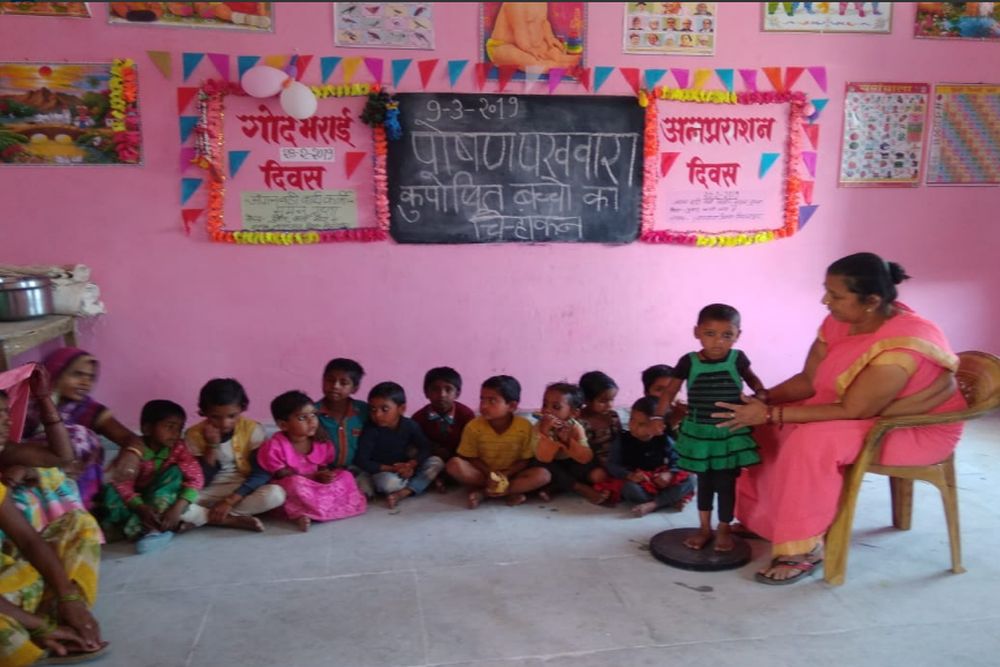 Weight of children being checked as part of the Poshan Pakhwada in Mirzapur, UP Twitter

As many as 21,000 low birth-weight babies have been identified in Andhra Pradesh, Madhya Pradesh and Chattisgarh, and the weight of 15,000 of them has been brought to normal level, Women and Child Development Minister Maneka Gandhi has said.

The low-birth babies were born between October 2017 and October 2018.

"The weighing efficiency of 68 per cent of these 21,000 low birth babies has been improved," the minister told reporters at an event on March 1.

The low birth-weight babies were identified by an independent agency. Ministry officials said they aim to cover the entire country by April.

Taking the national nutrition mission forward, Gandhi said the first anniversary of 'Poshan Abhiyan' is being organised by 'Poshan Pakhwada' across the country from March 8 to 22. The 'Pakhwada' was launched on International Women's Day and the WCD Ministry is the nodal agency for it.

The ministry aims to reach 25 crore people through the Pakhwada with a special focus on anaemia in women, and also target one crore anaemic women and give them treatment, the minister said.

WCD Secretary Rakesh Srivastava said a convergence of 15 ministries would be seen during the Pakhwada, and the government would try to reach grass-root level through Gram Sabhas, self-help groups and field functionaries.

According to a senior WCD official, but for West Bengal and Odisha, active participation has been seen in rest of the states in 'Poshan Abhiyan', which aims to fight malnourishment and stunting.