Home Story 'I Have Spent Lot Of Time Trying To Convince Ministers That Improving Nutrition Status Has A Big Economic Return:' Lawrence Haddad 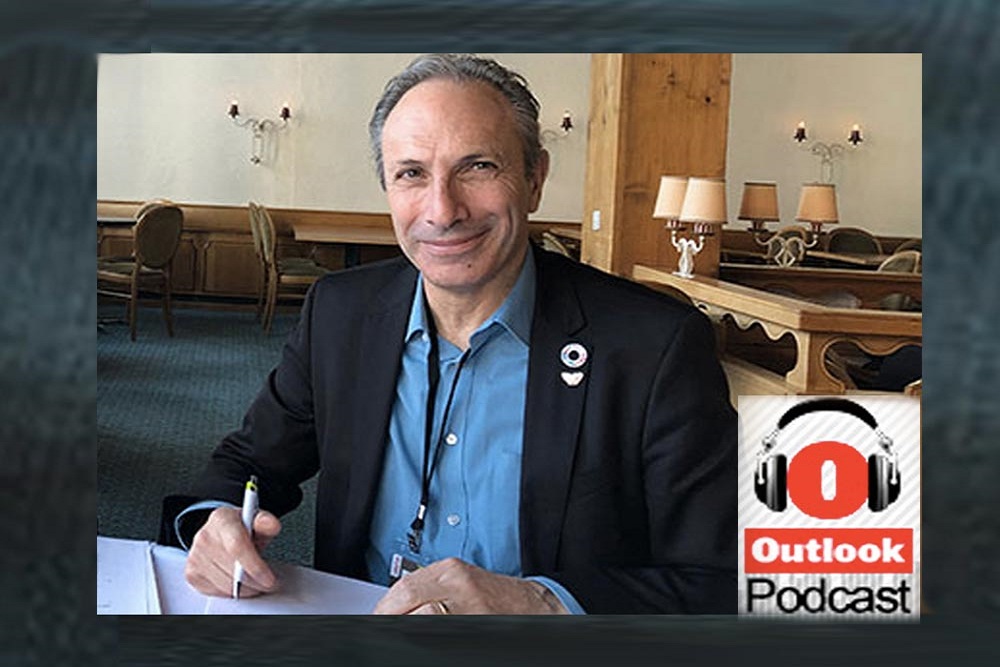 'I Have Spent Lot Of Time Trying To Convince Ministers That Improving Nutrition Status Has A Big Economic Return:' Lawrence Haddad

Global hunger is on the rise. It is rising in almost all subregions of Africa, in Latin America and Western Asia. According to the 2019 Global Hunger Index, India ranks 102 out of 117 countries
in severity of hunger. It’s a moment that calls for serious reflection. It’s also a moment when we need to engage with people who can join the dots, see the patterns around them and figure out the big picture. Lawrence Haddad. the executive director of Global Alliance For Improved Nutrition (GAIN) and winner of the 2018 World Food Prize, is just one such personality in international nutrition space, who can give us much-needed clarity and hope in discouraging times. On behalf of Outlook Poshan, India’s Nutrition Man, Basanta Kumar Kar, the recipient of Global Nutrition Award, 2019, caught up with Haddad, to understand the complex reality around us and to benefit from his insight and ideas. This is the first extract of the two-part interview. Please watch the podcast for a full flavour of the interview

Basanta Kumar Kar: You were born in Africa and brought up in England. Did your childhood influence and shape your work?

Lawrence Haddad: Difficult question to answer. I am of Lebanese descent, all four of my grandparents are Lebanese. That’s where the name Haddad is from. I was born in Johannesburg in South Africa. My parents moved to UK when I was about 18 months old. So, being born outside of the UK and being from Lebanese culture—having grandparents and lots of family in Lebanon—yet growing up in UK kind of brings home to me, even as a young child, the randomness of where you’re born and how that affects your life. And the fact that every person should have an equal shot at who they want to be and making a contribution they want to make to their families, their communities and beyond. I think, that gave me a sense of how random life can be, and how it shouldn’t matter where you are born or where you are grown up, to affect your human potential.

Growing up in the UK, we grew up in a fairly modest background. My mother brought us up on welfare, we were given state support, we were given free school meals, free housing, and all sorts of free services. And, I think, that reinforced the power of the state: how the state could do things for people, to help them escape from poor circumstances. My mother also was a volunteer in civil society, Save The Children. I got to meet lots of people, who worked for Save The Children or worked for Save The Children charity shops. I got talking to them about the role that the NGOs and civil society can play. That was a big influence on me. My uncle was a marketing rep for a small flavouring company in the middle of England. He used to tell me, this was back in the 1970s, stories about what the food industry was doing, the kind of technological advances that were very popular at that time. So that gave me a sense of the power, harnessed in the appropriate way, that the private sector could play. So, I think, from a very young age I had a good sense that different parts of society had different roles and brought different skills and attributes to bear on the problem.

BKK: You once said that the shock of seeing skin-and-bone babies in the Philippines and in India lit “the fire” in you as a young man to work in your field. After so many years do you think anything has changed in today’s India?

LH: I think, it has really changed an awful lot in the last 30-40 years. When I look at India today, as an outsider, I see a country with a plan to do something about malnutrition. A national plan, which is built on a lot of formidable and powerful and inspirational state-level plans. I see leadership that is committed to doing something about malnutrition. I see resources being allocated. I see legislation being passed. I see the frontline workers being employed. Most importantly, I see numbers coming down: stunting numbers have come down by 47-48 per cent in NHFS-3 toabout 38 per cent in NHFS-4. And I fully expect the next NFHS to show even more striking reduction in stunting numbers. And, I think, the continued driver in India for me is the fact that India has such an ambitious vision of itself—modern India. High levels of stunting is not compatible with that modern vision of what India wants to become. So, I think, that’s also a very powerful driver of change.

BKK: As an economist and a food and nutrition researcher, how do you see the intersection between poverty, food insecurity and malnutrition, especially in the context of India?

Why doesn't income increase the nutrition status as much as we think it would? There is obviously a relationship, a fairly loose relationship: an increased income may allow you to buy better foods—maybe—but it doesn’t necessarily give you access to better sanitation, or better water. It doesn’t necessarily give parents more time to spend with their children, or even more knowledge about how to provide for their children’s nutrition. So, improved income is, of course, helpful, but it’s not necessary, and certainly it’s not sufficient, to improve nutrition.

I have spent lot of time trying to convince ministers of finance, ministers of policy and ministers of planning that improving nutrition status has a big economic return. The evidence is very clear, it does, even in the short run for adults, especially those involved in physical labour, but perhaps mostly in the longer and the medium run for infants, who are prevented from being malnourished, who then go on to learn more in school, do better in school, do better in the labour force, earn more money for themselves and help their families get out of poverty, prevent future generations from falling into poverty, and help the overall economy very substantially.

BKK: There are many who argue that nutrition should be acknowledged as a human right, making it the legal duty of every nation to ensure this. Do you agree with this? Do you even think this is possible?

LH: When you view human rights as a very abstract concept, it is easy to say, yes, it’s a great thing. But it’s also easy to dismiss it, as not being relevant. So I always try to think about
human rights in a way, as, yes, of course, it’s a fundamental right. It is one of our civil, political, social, economic and cultural rights. But how do we think of it in a practical sense? For
me, it is at least for nutrition I can think of three very immediate practical returns. One, we often talk about people being able to claim their rights, but children can’t do that. Children have to depend on other people to claim their rights. So I think that having a human rights perspective is specially important to safeguard the voice and the rights of children.

The second thing that the human rights perspective does is to throw light on the duty-bearer’s responsibility. Very often, duty-bearers don’t feel that they have a responsibility—they do. Sometimes they feel that they have a responsibility, but do not have the resources or the capacity to fulfil that duty. The human rights perspective, for me, is a great way of reminding ourselves that even though a duty-bearer has the responsibility, sometimes they don’t have the capacity. A really good example is the imperative to fill frontline vacancies for frontline anganwadi workers. With a vacancy rate of 50 per cent you are never going to be able to fulfil the state’s obligation to reduce malnutrition. But with vacancy rates of 10 and 15 per cent, you stand a chance. The example from Maharashtra bears this out. They have stunting rates within 10 to 12 year period.

I think, finally, the rights perspective is very important because it holds the government—the executive and the legislative—to account. And in India, the Supreme Court has been very important in pushing through a whole range of food, nutrition and sanitation related policies and obligations, forcing the executive and legislature to act, when they found it inconvenient or perhaps difficult to act.