Home Story Sab Kuch Chikoo: How An Engineer From A Remote Village in Maharashtra Is Creating Refreshing, Nutritious And Fruity Treats In His Innovative Chikoo Parlours

Sab Kuch Chikoo: How An Engineer From A Remote Village in Maharashtra Is Creating Refreshing, Nutritious And Fruity Treats In His Innovative Chikoo Parlours 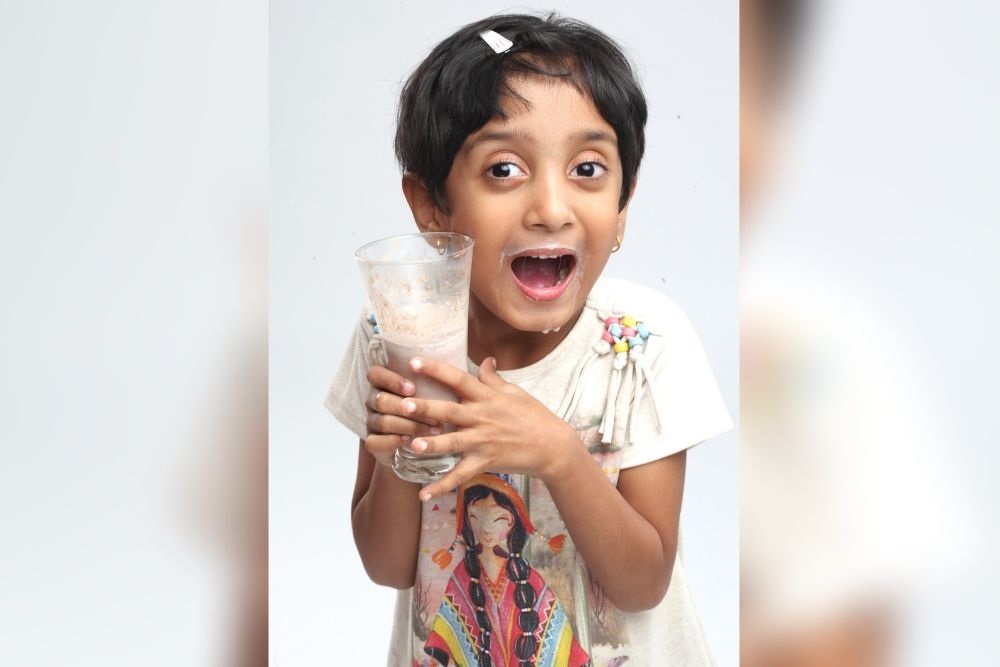 As Nagpur is to oranges, Bordi is to chikoos. Yes, that soft, brown and juicy fruit that’s almost as ubiquitous as the banana in Indian bazaars. In the beach-front scenic village of Bordi in
Maharashtra, chikoo has been cultivated for long. With farmers dedicated to this fruit, women of the village making chips and pickles at home and holding chikoo festivals on the beach every year, the village finally got recognition from the Government of India in 2016, when the Dahanu-Gholvad chikoo of Palghar district received the Geographical Indication (GI) tag. 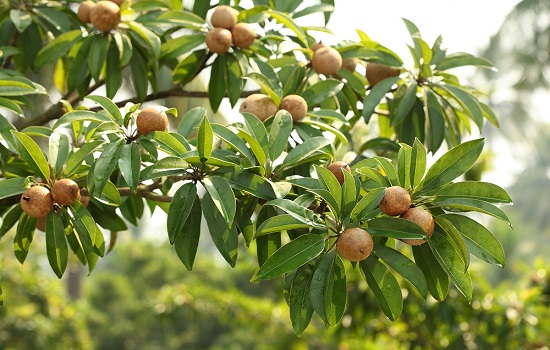 But that’s not all. The conventional wisdom is that this fruit cannot be cooked or preserved in any way, but this remote village has now set an example by coming up with Chikoo Parlours, healthy desserts and drinks made of chikoo offered as fast food alternatives at dedicated stores. The first Chikoo Parlour came up in September 2016 at Bordi, with the tagline, ‘Sab Kuch Chikoo.’ The second outlet is located on NH-8, which connects Ahmedabad with Mumbai. All the chikoo parlours are located on the national highways, far away from the cities, which is a reason good enough to attract all the passers-by to halt and grab a bite.

The Chikoo parlour in Maharashtra is a great example of how innovative we can be with a single nutritious fruit. While the concept of ice cream parlours has rapidly gained popularity across the country, these are the only outlets where people can enjoy chikoo delicacies at leisure—and not feel guilty.

It's all down to the brainwave of a local engineer, which has taken the world of children by storm. It was in 2016 that Mahesh Churi, a native of Bordi thought of stepping into the scene and contributing to the welfare of his village. An engineer by profession, he took up the initiative to come up with the idea of popularising chikoo. “Bordi is my village and I wanted to do something for my village. I saw my village people making chikoo powder, chips, and pickles. And I wanted to add more value to the local tradition,” he says.

Why chikoo? Here goes the story he shared with Outlook Poshan. It all began when a 19th century Parsi textile magnate, Sir Dinshaw Maneckji Petit, began importing chickoo saplings to India and planted them in his garden in Mumbai. In 1901, Petit’s estate manager, Ardeshir Irani, carried some seedling along with him to the Bordi village, situated 130 kms away from Mumbai and sowed them in one of his lands. And chikoo captured the attention of the locals. Chikoo cultivation grew with the passage of time, and the place became known for it. Farmers in the region began growing more and more chikoo trees. Initially they used chikoo for making chips and pickles. Since his village was well known for chikoo, Churi decided to bring the fruit to the notice of the Indian public, and thus help his village grow. His main motive was to contribute to his village’s development by providing employment to the people of his village.

Churi runs his own export business of electrical appliances and also owns a factory at Bordi. He says that he decided to use the equipments he already owned to experiment with chikoo and produce chikoo-based food products. He believes that by doing so, he can generate employment for the people of his village. Mohak Churi, Mahesh’s son has helped his father in his venture, after completing his education. “We wanted to educate the masses on the benefits of chikoo,” he says.

It was initially difficult to grind chikoo, until the Churis invented a machine that can grind chikoo easily without much of sugar-content in it. This is how ‘Chikoo Rawa’ came up, an organic powder that can be used in making the deserts. This was their first major endeavour.

But soon the Churis realised that the powder was not generating business. People did not show much keenness in buying those. Being pure organic and without any added flavours or chemicals, it proved to bee too expensive for the customers. Moreover, a humungous process was involved in preparing it, pushing up the cost. “Since the ‘chikoo rawa’ was not giving us much profit, we then decided to expand our production by expanding our range of food products”, says Mohak Churi.

Necessity is the mother of invention, as they say. And soon the Churis came up with the idea of a Chikoo Parlour. Local and passers-by started popping in and say: “Bhaiya chikoo khaane ka man hai bahot (I feel like having some chikoo)”. Now there are more than 21 food products sold at the outlet.

The Churis ensured that all the chikoo-based products they sold were completely organic, devoid of preservatives and flavours. Though sugar is added in small amounts, it still remains not much, compared to the other Indian desserts. “People are coming and buying chikoo ice creams and chic milk shakes from us. They like all our products ,” say the owners. 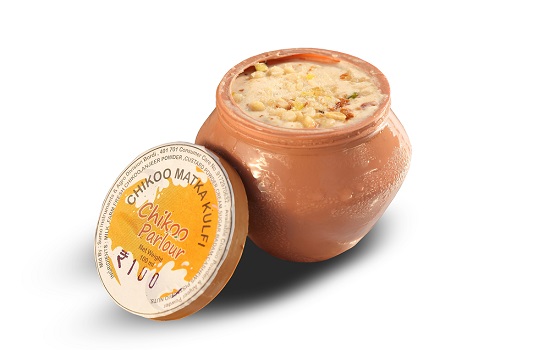 How they go about it

The villagers contribute to the whole chikoo economy. They collect the chikoo fruits, and smash them into powders. This is done throughout the year. The powders are then used in the preparation of several food products. They make sure that the ingredients that go into the making of these products are completely natural. The women of the village are actively involved in the process of production, mostly in the chikoo-cutting process. They spend half their day to work and spend the rest of the time on household chores, nurturing their children and families. 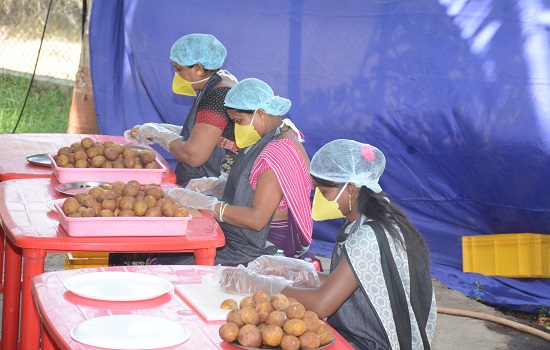 “We believe in maintaining a low profile when it comes to promoting our outlet. We do not believe in making unnecessary promotions,” says Pranjal, Mohak Churi’s wife, who handles the marketing side of the parlours and the products. The food products manufactured by them vary in ranges and types: from milkshakes, toffees to ice creams. “All our items are made out of chikoo, all are really delightful to taste, as well as impart nutrition and health,” she adds. Though the last few quarters have been very profitable, the Churis wish to expand their base. Getting the capital to set up more outlets, however, is proving to be a challenge.

For the chikoo lovers out there Bordi organises ‘Chikoo Festival’ every year, which includes chikoo safari, cultural programmes, and sale of several unique chikoo products. For the people who love to make sweets, there is an official website of chikoo parlourm which displays different varities of sweets catered to the customers, such as ‘Chikoo Roll’, ‘Chikoo Kulfi’, Chikoo Mahim Halwa’,‘Chikoo Badami Halwa’, and ‘Chikoo Kaju Milkshake’ to name a few, along with the recipes and ingredients.

The goodness of chikoo

Sapota in Telugu, chikku in Marathi, cappotta in Tamil, sabeda in Bangla and sapodilla in English, chikoo is one of the most nutritious of all tropical fruits, a member of the family Sapotaceae, is now known botanically as Manilkara zapota.

Soft, brown, sweet, juicy, affordable and available, it is a store-house of nutrition. For those who do not know, chikoo is one of the fruits recommended as Complementary Feeding Guidelines by the Government of India. Like banana, papaya, and mango, chikoo, too, is a protective food that can be given in a mashed form to infants when they are six-months-old.