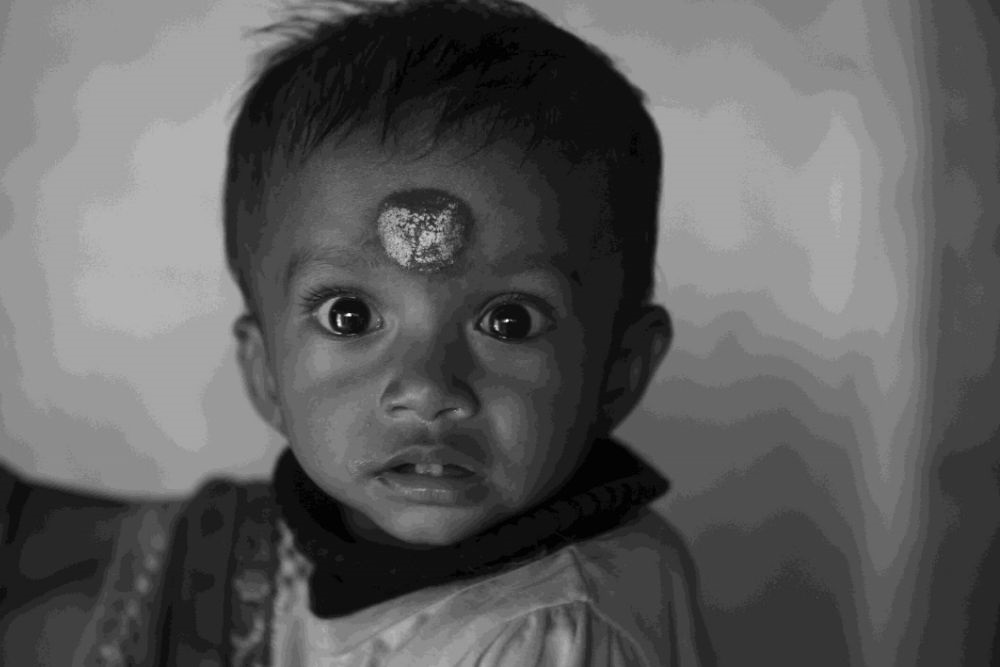 Challenges Of Health And Hygiene In Tea Plantations, Flood-hit Plains Of Assam

Assam, the gateway to the North East, continues to be one of the bottom-five states in the country when it comes to health and hygiene. There is a high prevalence of under-nutrition among children, adolescent girls and mothers. The Infant Mortality Rate is high at 48 and 38 per cent of children under five years are stunted, primarily due to poor infant and child feeding practices, besides poor hygiene and sanitation. Fourteen per cent of children suffer from acute malnutrition, with four per cent falling in the category of Severe Acute Malnutrition (SAM).

Many parts of the state are grossly under-developed with a high number of people marginalised and subsisting below the poverty line, solely dependent on food entitlements. The vulnerable groups comprise Tea Garden Labourers (TGL), Bodo and Rabha tribes living in the Bodoland Territorial Area Districts, migrant populations of the Brahmaputra floodplains, as well as predominantly Muslim communities in Darrang’s Kharupetia region. 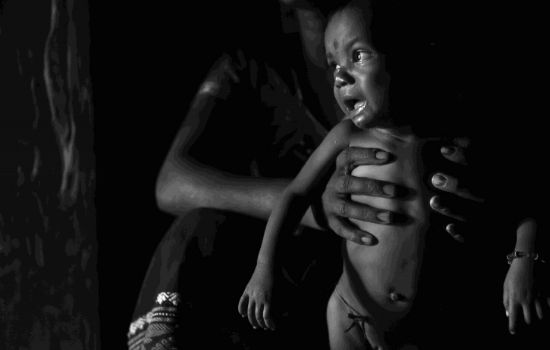 Tea Garden Labourers (TGL) make up about 20 per cent of the population of Assam, which produces more than half of India’s tea. Reports estimate the TGL population to be around 6.5 million, with a large percentage living in quarters provided by the 800-odd tea estates across Assam. They are among the most exploited and under-developed communities in the state earning just about Rs 167 per day, with a few benefits and accommodation. They are not integrated into the Assamese populace, as the high-caste Hindus look down upon them as interlopers. The women especially are greatly disadvantaged as they often have to cope with domestic violence, work through their pregnancies, return to work soon after childbirth thus denying their babies proper nutrition through exclusive breastfeeding. Vulnerable to sexual harassment from plantation managers and other higher authority, many of them also lack support of extended family. With no access to daycare facilities, many of the young mothers are therefore forced to take their babies to the tea plantation.

In the Muslim majority outlying areas of Kharupetia town, women also face issues of early/multiple marriages, violence against women, lack of birth control and spacing between children, extreme poverty and, in some villages, access to subsidised food supplies through PDS.

The Anganwadi in the vicinity offers no hope of help to Mukhida Begum, who has brought her three-year-old son Murshidul Islam, weighing only eight kilos, in the hope of getting him one square meal. Mujahidul Islam, almost 3 years old, is also waiting for some medical attention with his grandmother Hanufa Khatoun. This motherless, SAM child, has pneumonia compounded by low weight. One-year-old Shahnaz Parveen, born weighing three kilos, now weighs only 5.9 kg even though she was born three kilos, as her mother Nazma has to work in the fields all day and cannot breastfeed her. Similarly, Aakhirul Ali at seven months weighs only 5.5 kilos. There are innumerable such unweight children to be found at the Anganwadi, seeking government help to enjoy a proper meal. 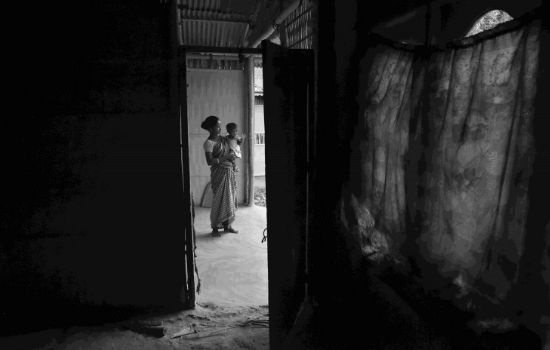 Nadirmukh village claims to be 100 per cent literate and has been adopted as a ‘model village’ by the Kharupetia College. But the living conditions of the villagers tells another story. There is ample evidence of how early marriages of anaemic girls and early pregnancies is leading to low birthweight babies. In a dark and dank hut, Jubeda Begum (17) lies on a dirty sheet on the floor with her eight-day old son nestled in the curve of her torso. A bowl of barely touched rice gruel lies next to her. The 1.8 kg baby, not yet named, was born a month premature, with respiratory distress and congenital malformation. Anganwadi worker Anjuma Begum tries to explain the basics of hygiene as well as nutrition to the concerned. In this case, as in so many others, love is not lacking but there being no replacement for nourishment and hygiene, the Anganwadi worker has to pick her battles faced with traditional beliefs and superstitions.

The villagers of Nadirmukh narrate the nitty-gritty of their lives, each more heart-wrenching than the other. Four-year-old Rezina, who weighs just 11 kilos, and her younger sister, who has a skin problem, are now not the focal point of their mother Haseena Begum’s attention ever since their brother Imdadul was born. The family survives on their meagre earnings from supplying betel nut and leaves to the city paanwaalas.

In Muamari, Omiron Nessa (22) and Sheikh Farid (24), a daily-wage carpenter, are expecting their second child. Besides their meagre income, the depend on the Anganwadi services, family planning counselling and monthly rations of three kilos of rice and 500 grams of pulses to manage.

Also in Muamari, 18 years old Shahnaz Parveen is struggling to feed her 32 months old son Aziz Ahmed. He is a SAM child, so weak that his legs don’t support him when he tries to walk. He eats only sweets, not apples, which she buys at great cost, bemoans Shahnaz. Married at 15, Parveen is living with her parents as her husband has got a second wife and moved to Bengaluru. Hospital officials are refusing to treat Ahmed till the father’s signature is acquired, granting permission for medical intervention.